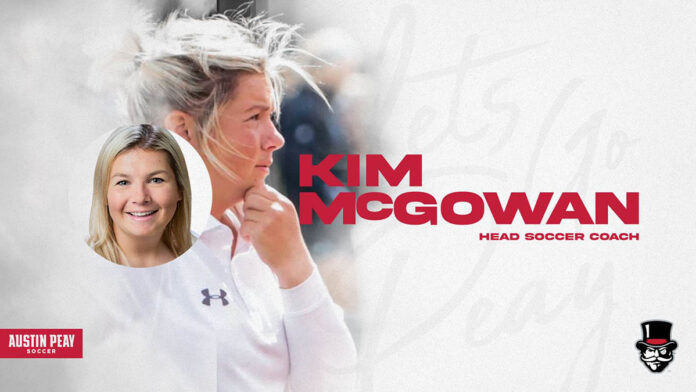 Prior to her time at Miami, McGowan spent a season (2017) as head coach at Thomas More College, where she led the Saints to a 15-5-1 record, a Presidents’ Athletic Conference Championship, and a PAC Tournament Championship. With three All-PAC selections and two United Soccer Coaches Association All-Region players, she also led Thomas More to the 2017 NCAA Division III Tournament.

McGowan got her first head coaching position at Division III Olivet College, where she led the Comets to a 19-16-4 record in two seasons (2015-16). In McGowan’s first season at the helm, Olivet went 11-6-3 and qualified for the Michigan Intercollegiate Athletic Association Tournament for the first time in five years. The Comets also set the program record for the fewest goals allowed (21) in McGowan’s first season.

McGowan spent the 2014 season as an assistant coach at Division III Hiram College, where the Terriers had a program-record five All-North Coast Athletic Conference selections in her lone season. McGowan began her collegiate coaching career as an assistant coach at Agnes Scott College, where she spent two seasons (2012-13), helping the Scotties win the 2012 Great South Conference Tournament Championship and advance to the NCAA Division III Tournament.

McGowan also has experience as an assistant coach with the US Youth Soccer Olympic Development Program. She holds a NSCAA Premier Diploma (2016), a NSCAA Goal Keeping Level 1, 2, and 3 (2017), and an USSF Senior “A” License (2021). While working at Olivet College in 2016, McGowan was also named to the NSCAA – now the United Soccer Coaches – 30 Under 30 program.


A native of Cincinnati, McGowan played four years of college soccer at Ohio Northern University in Ada, Ohio. McGowan also played a season of junior varsity basketball and a season of golf for the Polar Bears.

McGowan graduated from Ohio Northern with a bachelor of arts in sports management in 2012. She earned a master of science in sports administration from Georgia State University in December 2013