Consumers feel Pain at the Pump as Russia-Ukraine Conflict Continues 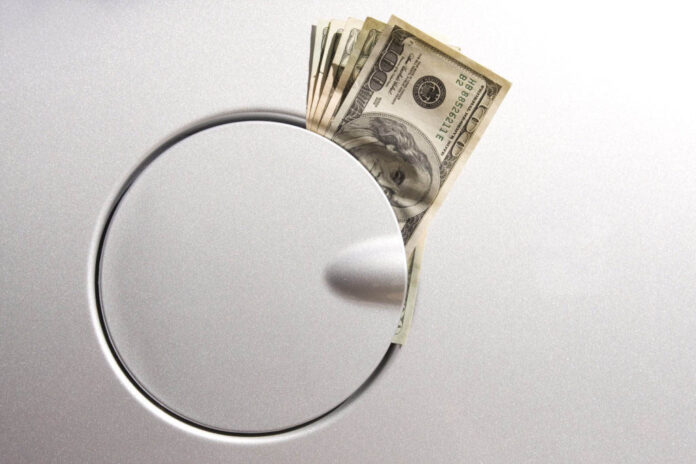 Washington, D.C. – As the conflict between Russia and Ukraine continues, crude prices soar, leading to higher pump prices in the United States.

On Friday, IEA said member states committed to releasing a total of 61.7 million bbl from their strategic reserves to reassure markets roiled by the fallout from Russia’s invasion of Ukraine. This amount—half of which is expected to come from the U.S.—is the largest coordinated release since IEA was founded in 1974.

Despite this announcement, the impact on pricing has been limited given that the amount of oil planned for release is small in comparison to the amount that flows daily from Russia to other countries around the globe. According to IEA, Russia exports approximately 5 million b/d of crude oil, representing about 12% of its global trade. 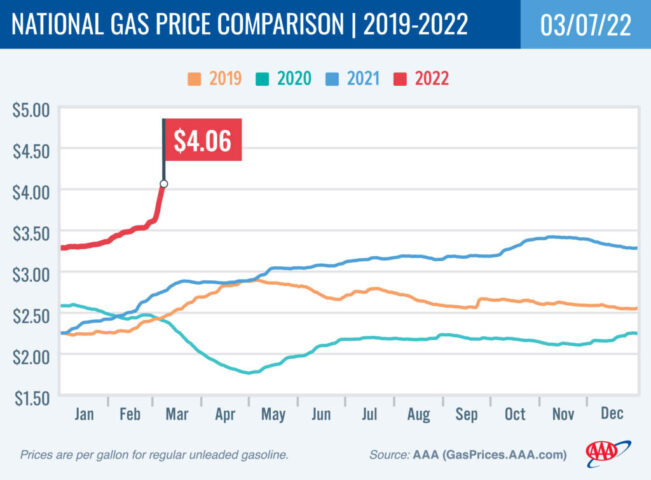 But, increasing oil prices play a leading role in pushing gas prices higher. Consumers can expect the current trend at the pump to continue as long as crude prices climb.

At the close of Friday’s formal trading session, WTI increased by $8.01 to settle at $115.68. Crude prices continue to surge in response to the conflict between Russia and Ukraine. As the conflict continues, the oil markets will likely respond by increasing the price of crude oil to reflect more risk of disruption to tight global oil supplies this week.


Drivers can find current gas prices along their route with the free AAA Mobile app for iPhone, iPad, and Android. The app can also map a route, find discounts, book a hotel, and access AAA roadside assistance.