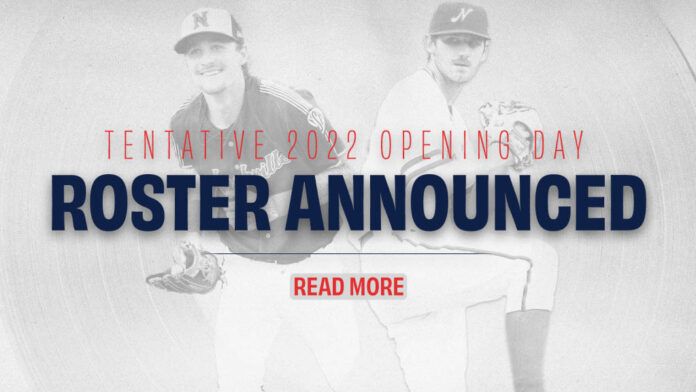 The tentative Opening Day roster is highlighted by five players on MLB Pipeline’s Top 30 Milwaukee prospects, 17 players with Major League experience and 18 players who spent time with Nashville in 2021.

Players on the Sounds roster currently listed by MLB Pipeline in the Brewers Top 30 prospects include shortstop Brice Turang (No. 4), left-handed pitcher Ethan Small (No. 7), catcher Mario Feliciano (No. 21), and right-handed pitchers Alec Bettinger (No. 23) and Dylan File (No. 25).

Small and fellow left-hander Rex Brothers bring local flavor to the squad. Small, the 2019 SEC Pitcher of the Year out of Mississippi State University, was born in Lexington, Tennessee and resides in nearby Spring Hill. Brothers, a Major League veteran, was born in Murfreesboro and attended Shelbyville High School before starring at Lipscomb University.

In addition to Brothers, other pitchers with Major League experience include Trevor Kelley, Josh Lindblom, Angel Perdomo, and Connor Sadzeck. All aside from Kelley pitched for the Sounds in 2021.


The Nashville Sounds are the Triple-A affiliate of the Milwaukee Brewers and play at First Horizon Park. Season ticket memberships for the 2022 season are on sale now. Opening Day is scheduled for Tuesday, April 5th at 6:35pm.