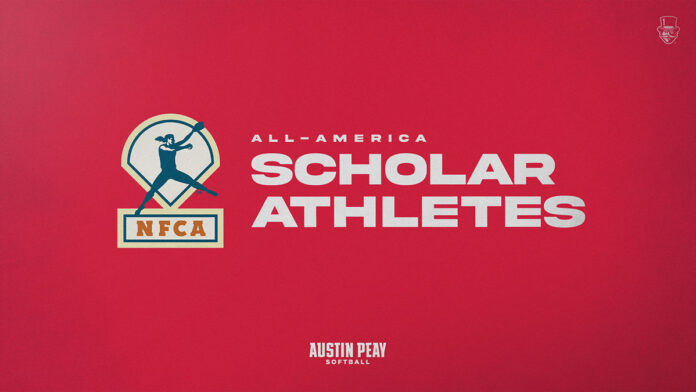 To be selected as an Easton/NFCA Scholar-Athlete, student-athletes must achieve a 3.5-or-better overall GPA on a 4.0 scale for the school year and this year’s selections brings the Govs all-time NFCA Scholar Athlete total to 76.

This past school year, Austin Peay State University posted a team GPA of 3.43, tying with Clemson and Missouri for the 91st best team GPA in NCAA Division I, with the Governors passing a total of 600 class hours. Each player averaged just over 14 hours passed in both the fall and during their regular season in the spring semester.