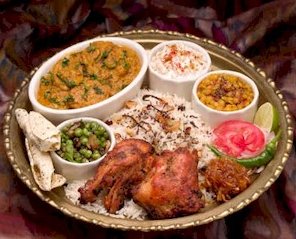 Nasir Hakeem announced today that he is planning to rebuild and re-open his restaurant, Tandoor, and its popular Hookah room, at the same location near Governor’s Square Mall. The restaurant was gutted by fire on November 25, barely a year after its opening; it was open for business on the day of the fire. All patrons and staff escaped safely. Damage to the site was estimated at $150,000.

Tandoor featured the cuisine of India, a selection of dishes that included a variety of Naan (breads) and a number of dishes including a Chicken Tikka and a marsala version, Lamb Kabobs, Fish Pakora and more. The decor was as exotic as the menu, and Hakeem plans to rebuild the interior in similar style.

“It will take several weeks for the insurance to [wrap up] and to hire a contractor,” Hakkem said, adding that he hopes to have work on the roof underway by January. “The interior will take more time.” Hakeem said the restaurant would be completely rebuilt from new wiring and plumbing to woodworking, lighting, and decor. The Hookah room, with its exotic water pipes and tobaccos, will also return.

With expectations of being open for business by late March or early April, Hakeen said his new plans include opening a buffet room that would serve customers seven days a week and feature a lunch buffet of Indian dishes for $9.95. The buffet would only be offered at lunch; more formal entrees and specialty items would be served for the evening hours.

“Losing all of this, not being able to [do business] for the holiday season, has been hard,” Hakeem said. “But we will be re-opening.”

The restaurant is located at 116 Morris Drive, off Wilma Rudolph Boulevard near the Governor’s Square Mall.