The Clarksville screening of UnCounted, a film targeting issues in electronic voting, drew fifty people to the Unitarian Universalist Fellowship Friday evening, filling the screening room to capacity for this special event. The film’s producer, Patricia Earnhardt, and activist Bernie Ellis, addressed the group and fielded questions about the film and the increasing controversy over the accuracy and security of electronic voting machines. 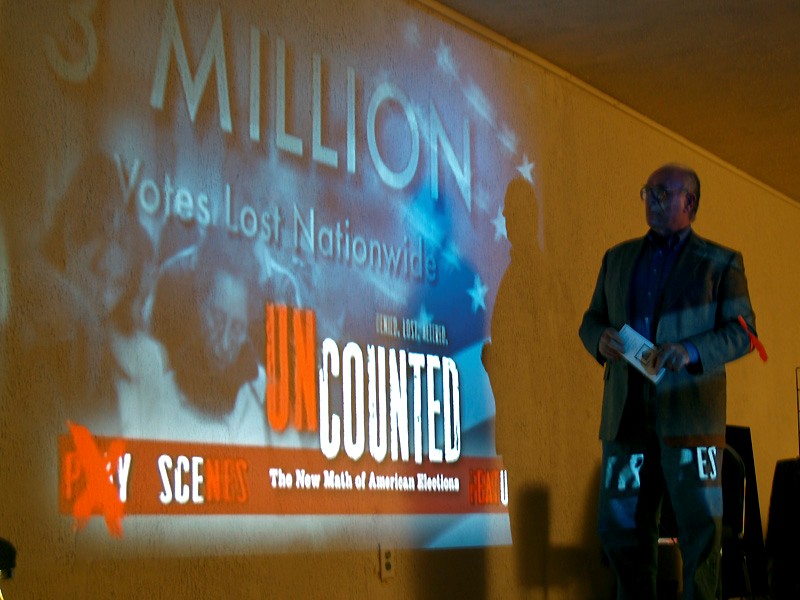 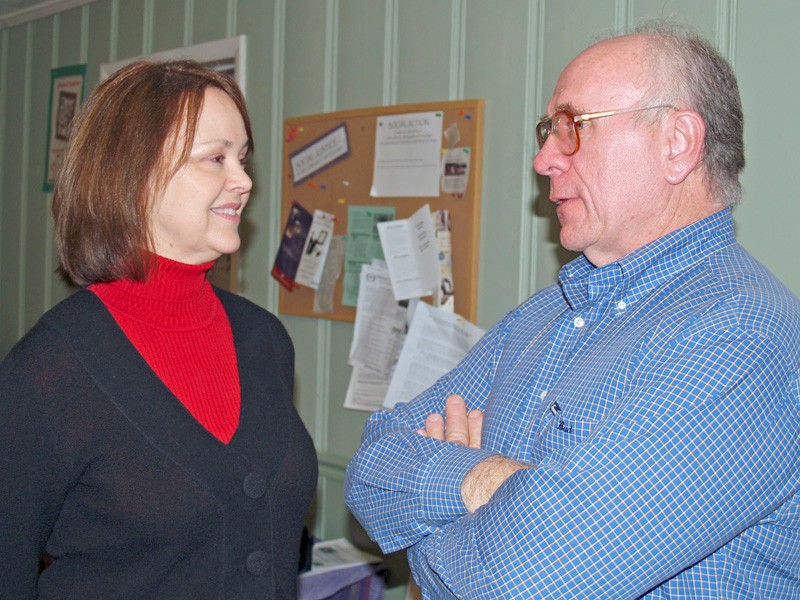 “There is still time to return to a verifiable system [such as paper ballots] for the 2008 presidential election,” Ellis said. Ellis, (at left with producer Patricia Earnhardt), is featured in this film. He noted that when issues arose with the e-machines in Maryland, the Republican governor of that state dumped the machines in favor of paper ballots in just seven weeks to guarantee the “integrity” of the election. 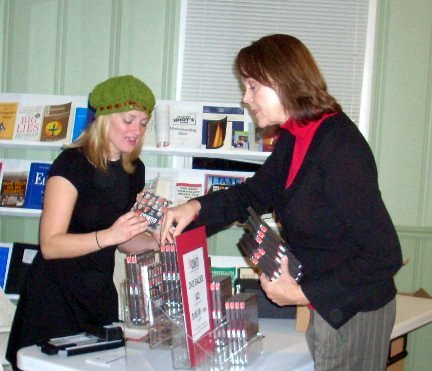 UnCounted details the long lines, missing machines, inaccuracies in tabulating votes, and the ways voting machines can be tampered with to affect tallies. The film documents long voting lines, missing and failed machines, and other occurrences in the 2000, 2004 and 2006 elections. It examines the relationship between companies such as Diebold, manufacturer of voting machines that serve millions of American voters, and elected officials including election commissions and federal and state officers whose decisions affect how Americans will cast their votes.

In Nashville, David Earnhardt said “buying a Krispy Kreme donut was better documented than our vote.” Our most vital right as as Americans is our right to vote, and that right is being eroded by the manipulation and malfunctioning of electronic voting machines, and there is no paper trail, no way to verify how votes were cast or tabulated. 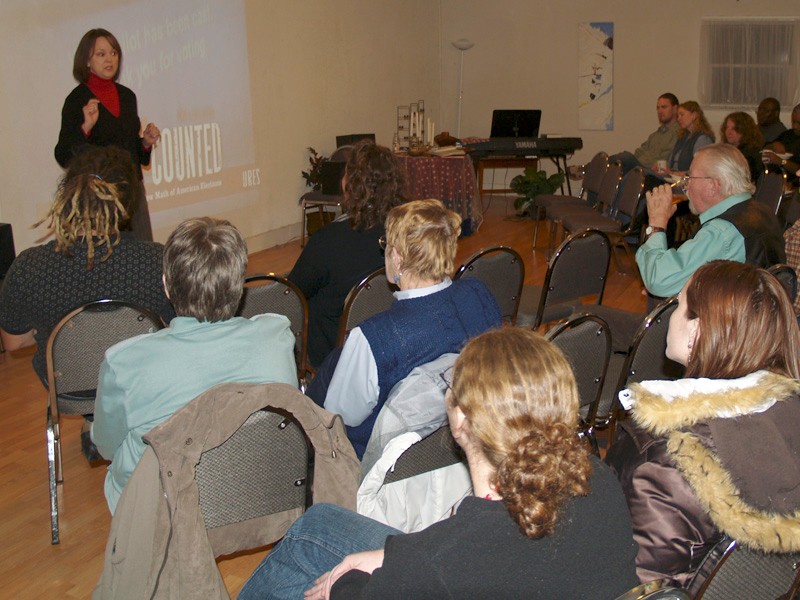 Patricia Earnhardt (above right with display of UnCounted DVDs) introduced the film, noting that the Clarksville screening was only the second time this film has been shown in the state of Tennessee, though it has been screened in 39 other states and several other countries since its worldwide premiere in Nashville in November at the Belcourt Theater. That premiere played to a standing room only crowd, just as last night’s screening played to a full house. At both events, the film generated heavy comments and considerable questions in the post-film debate. Earnhardt also noted the absence of interest by mainstream media in this film, noting that Clarksville Online was the only media to cover the world premiere of Uncounted in Nashville. 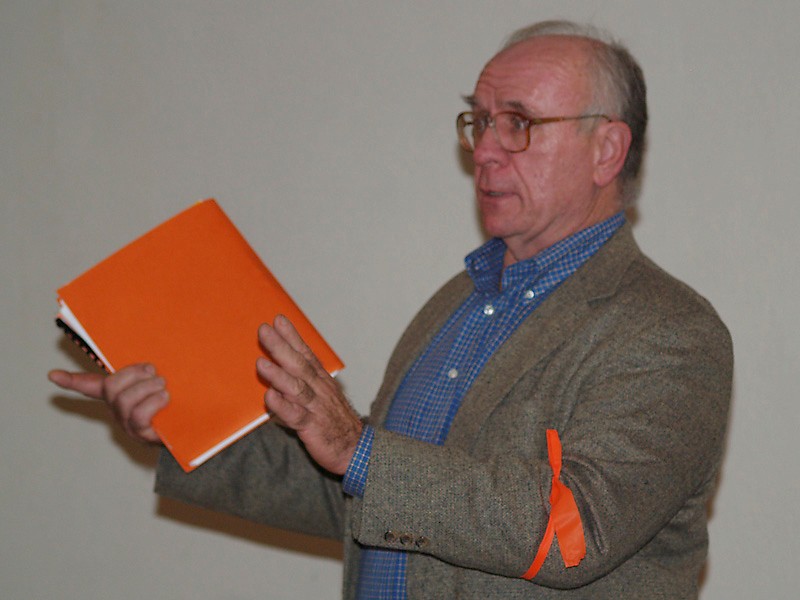 For a state that tipped the scales on women’s suffrage and was pivotal in civil rights, Tennessee stands “eighth from bottom” on a list of states when it comes to election integrity, Ellis (at right) said. “[Election officials] say it is too late to change how we vote in this state. It is not. If Maryland can do it in seven weeks, we can too.”

Ellis noted that pivotal votes on the voting process are coming up on December 18 and urged this audience to contact their legislators and election commissioners to demand verifiable voting. Ellis is also creating a lending library of UnCounted DVDs that will be available at no cost to groups who want to screen this film. 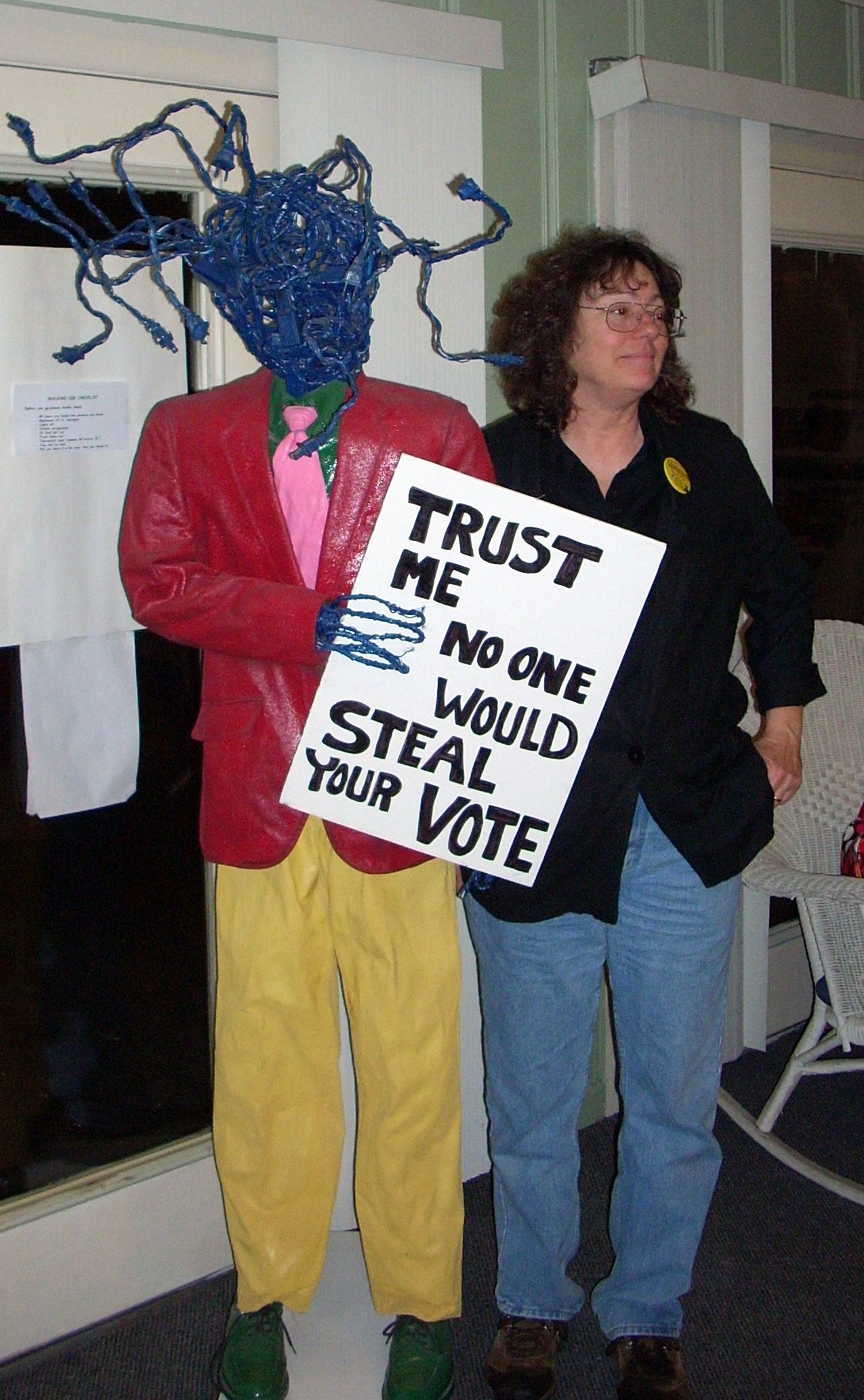 Friday’s event was hosted by the Unitarian fellowship and sponsored by the FreeThinkers for Peace and Civil Liberties and Clarksville Online.

FreeThinkers founder Debbie Boen was “excited” over the turnout, voicing satisfaction that so many people are interested in the voting process and concerned about issues of voting and electronic machines. “This kind of turnout just fuels us, recharges us and makes us want to do more.”

Boen (at left) brought her sculpture, Bob, to the event, attaching a “trust me” sign about voting to this figure, which has been displayed in numerous art venues throughout Clarksville.

Clarksville Online Publisher Bill Larson, equally pleased with the success of the program, said that Clarksville sponsorship of this event, which was offered admission-free as a community service by all sponsoring groups, is just the first of a number of community programs Larson would endorse in the coming year. “This is part of what we give back to the community.”

Ellis wrapped up the event with recommended contacts and suggested actions for those interested in voicing their opinion about electronic voting.

Ellis urged anyone who wants to know more or wants to communicate with legislators on the issue to email him ( " ymailto="mailto:tracevu@bellsouth.net" rel="nofollow" target="_blank" > ) for an action packet and/or visit the web-site: www.votesafetn.org . More information is also available at " ymailto="mailto:info@votesafetn.org" rel="nofollow" target="_blank" >.

Here is a preview of UnCounted: The Movie —

Additional photos from the Clarksville premiere of UnCounted: 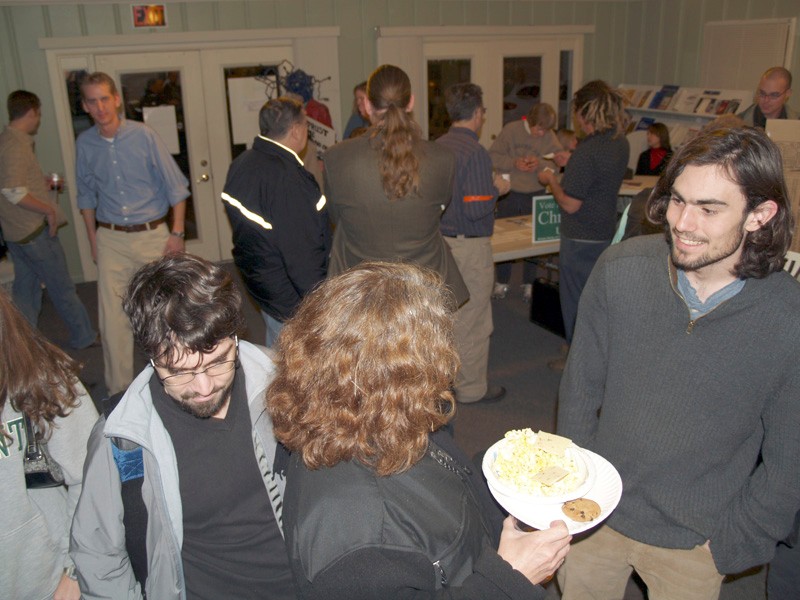 A crowd gathered at the Unitarian Universalist Fellowship for the Clarksville screening of David Earnhardt’s film, UnCounted 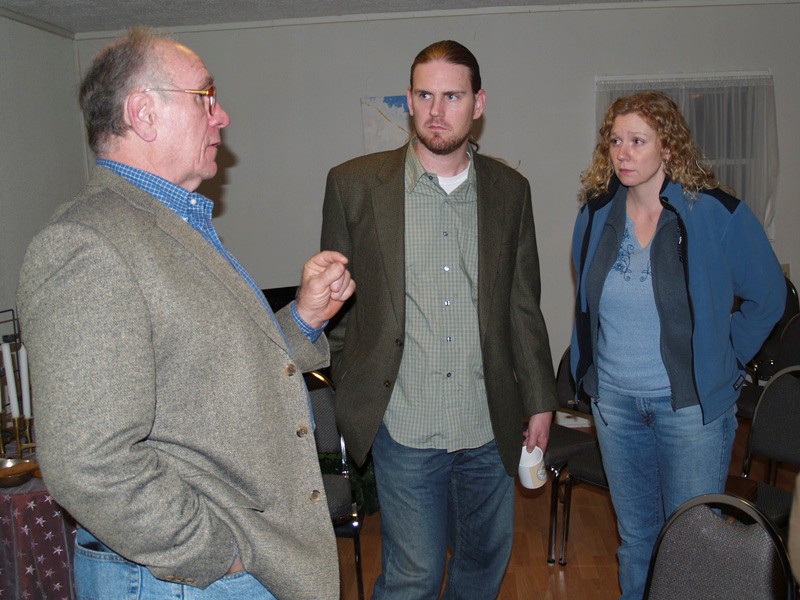 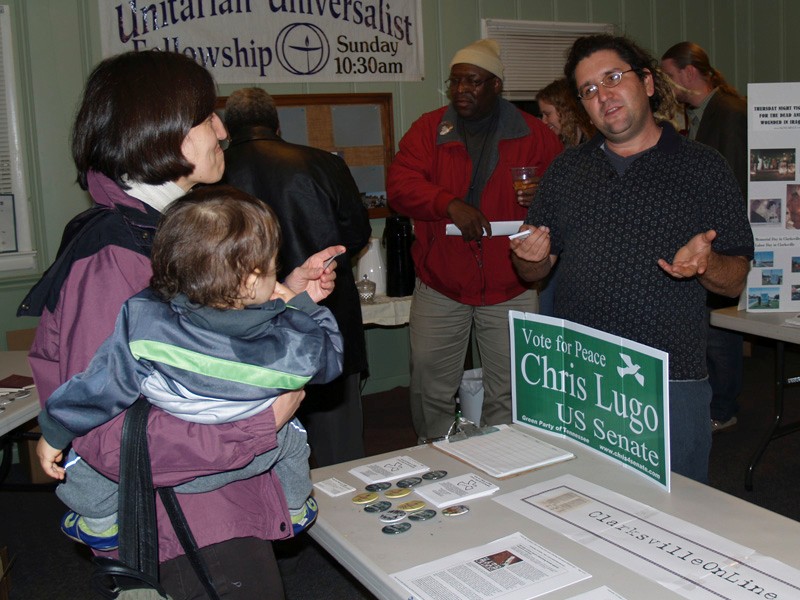 Chris Lugo, candidate for U.S. Senate, who attended the Nashville premiere and the Clarksville screening, discusses the electronic voting issue 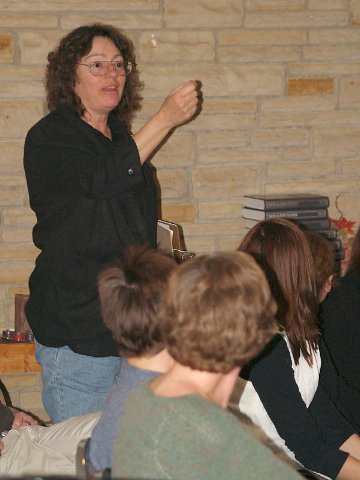