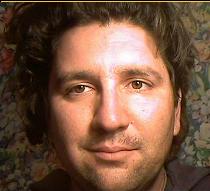 Last week the United States Senate passed the Omnibus Spending Bill, which included an appropriation of $70 billion for Iraq, showing that the Senate is once again out of touch with the basic values of the American people. According to a December 13th Gallup survey, Americans say that the war in Iraq is their number one concern, yet this past week the US Senate voted to “stay the course” and handed the President everything he wanted with respect to the war in Iraq.

American’s are highly skeptical about the notion of progress in Iraq, with only 11% polling responding that they are “pleased” with the results of the war. Yet Americans seem resigned to the fact that US troops are going to remain in Iraq. The simple fact is that the United States cannot afford to continue this war. In addition to the complete lack of international support for Bush’s folly, the middle class can no longer afford to pay for the war. The national debt is at an all time high of $9.1 trillion dollars and Congress has appropriated another $580 billion dollars in military spending, far in excess of the actual amount of appropriations needed to defend the national security .

The United States Senate has sent a message to the American people, that they do not care about them or about their future. By voting in line with the President the Senate has showed that what it cares about most are defense appropriations and handing out thousands of spending contracts. This makes sense in light of the fact that the Senate is composed mostly of millionaires, as almost 50% of the Senate is in this category, while in the US population as whole only about 1% are millionaires. The investment interest of the current class of Senators is heavily weighted towards money and much less toward people or the American interest.

According to a recent poll from the Center for American Progress, the Bush administration is doing a remarkably poor job of helping out veterans and their families. Military families have turned sharply against the Bush administration, with only 35% responding favorably when asked if their needs were being met. The Senate does not have a clear direction for the war in Iraq and it is relying on the Bush administration for leadership on this war that the President has unilaterally led us into. What the Senate should be doing is exercising leadership of its own, by rejecting the Omnibus Spending Bill, reducing federal spending for the war in Iraq, and bringing our troops home.

By spending another $70 billion dollars on a failed war, we are only prolonging the inevitable withdrawal. Although Americans feel ambiguous about their responsibilities to the Iraqi people, the Iraqi people do not feel nearly so ambiguous. They want the troops out and they want their country returned. We have bombed their country, killed their people, created two million refugees and polluted their country with depleted uranium, and still the Senate thinks we should stay the course and that we are making progress.

It is time to end the war and bring the troops home. Tennessee deserves progressive leadership and deserves a candidate who will stand up for common sense and not for private contractors and military appropriations. We have lost to many good men and women, created too much devastation and human misery because of our narrow sighted actions in the middle east. It is time for us to face up to our mistakes and begin to reconcile ourselves with the international community. It is time to begin reducing our national debt, reducing our military spending and stepping out of the post cold-war mentality of the neo-cons. It is time to bring the troops home now!