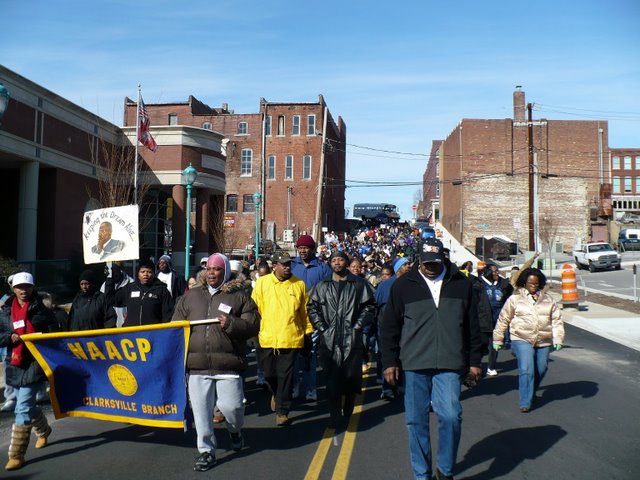 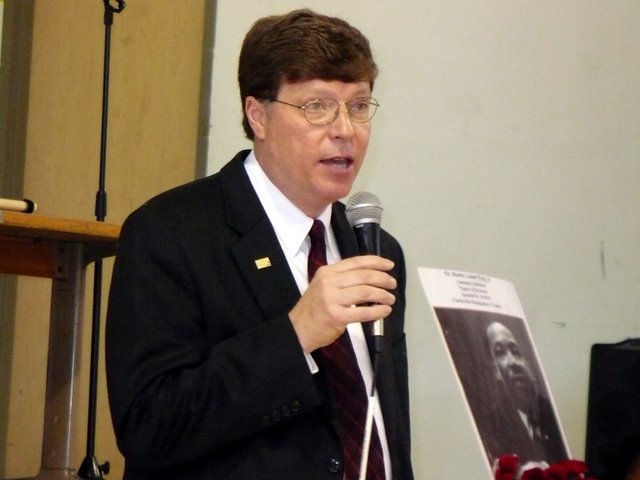 Michael Harris addressed the state of education in the Clarksville area. Discussing after school programs, he said that all of Clarksville schools provide after school tutoring for at-risk students, and also provide transportation for students using the programs. He said there are still many things being developed including assisting special needs students. The number of special needs students is growing in our community and the school system acknowledges that they need to do more to help those students.

During the question and answer session, a grandmother asked Harris, “Is there a way to get local college students to help tutor? Some of our youth are still struggling even with the at-risk programs and those same youth have excelled with tutoring. The parents don’t have the money to pay for tutoring; how can we get help?” Harris said if a child is not making it despite the at-risk program, he wants to hear about it. “We don’t want to lose anybody.” he responded.

Some of the targets he saw as goals of his tenure are smaller classroom sizes for all grades and smaller neighborhood high schools. He also made it clear that he is seeking out more minority teachers and school administrators to provide positive role models for minorities.

Director Harris also stated that he would like to see parents stay more involved in their children’s education, including that transition time when children reach the Middle School age. Harris said parents are involved up to a certain age and then they stop. He wants schools to be an open, welcoming place for parents and community leaders to volunteer and he encourages them to consider doing so. 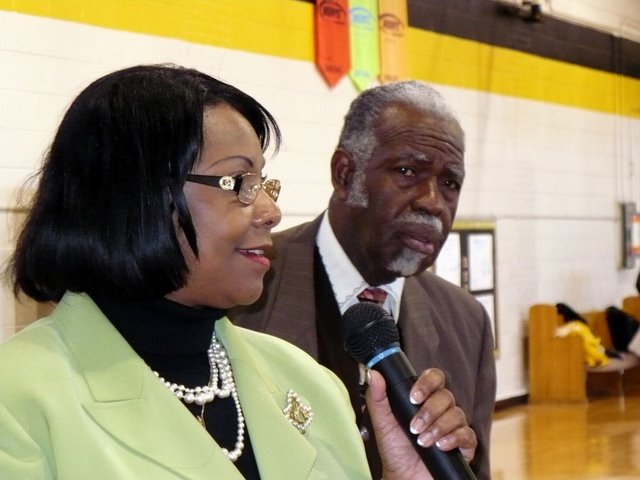 “It doesn’t matter if you are male or female, young or old, rich or poor, White, Black, Asian, or Hispanic; anyone can be abused.”

It’s often hard for a battered person to seek help because they feel responsible for the ugliness shown to them by their abuser. It’s also much worse for children, who feel they are the cause of the problem or think that they can fix it.

She told the crowd that friends, neighbors and relatives of those in a violent situations need to reach out to the abused, and urge them to seek help. Sometimes that is the only way they will seek the help that they desperately need.

I’m reminded of the quote by Martin Luther King Jr.: Freedom is never voluntarily given by the oppressor; it must be demanded by the oppressed. It comes down to that, as Ms. Snead points out. 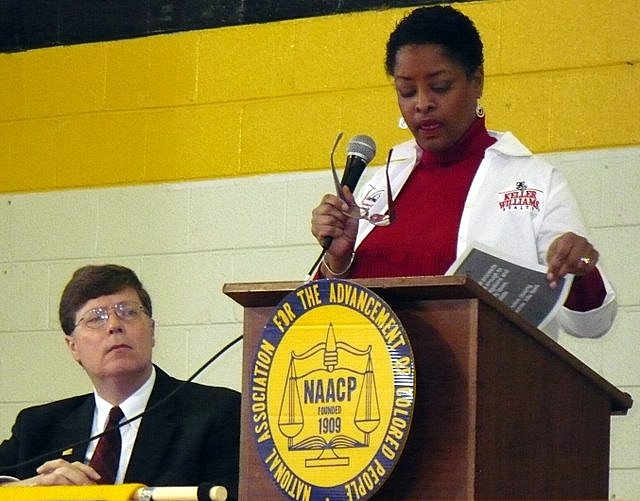 Valerie Hunter-Kelly of Keller Williams Realty spoke about mortgages and financial issues, stating that  despite the rest of the country having trouble in the housing market, Clarksville is making national news with its steady price of housing. There are many things to beware of when buying a house:  balloon payments, pre-payment penalties and variable rates.

She also urged caution regarding lending scams: cash advance loans and pre-approved credit cards with outrageous penalties, interest, and fees. Of course with the approaching tax season, refund anticipation loans is added to the list. All of these are things which prey on people desperate for instant cash.

Ms. Hunter-Kelly assured people who are having trouble with mortgage payments that there are other options possible besides foreclosure: one example she gave is short sales. 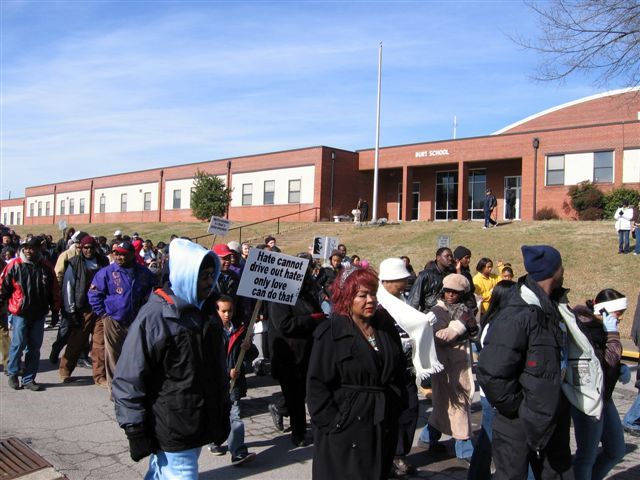 When it was time for the march, the crowd gathered in front of Burt School and with a police escort set off down Eighth Street. The march then headed down College Street. Hundreds sang together on their way up North Second and through downtown over to city hall, where all bowed their heads as a prayer was said asking for the law to be just, and justice to be fair. The march proceeded over to the county jail where another prayer was said asking for God to watch over and help those who are incarcerated. Then they traveled by the historic court house and returned back to Burt School. During the event the crowd was jubilant and their spirits were up-beat.

Photos by Bill Larson. Click on any image in this article to enlarge the image.