HomeArts/LeisureThe power of nightmares: The rise of the politics of fear
Arts/Leisure

The power of nightmares: The rise of the politics of fear 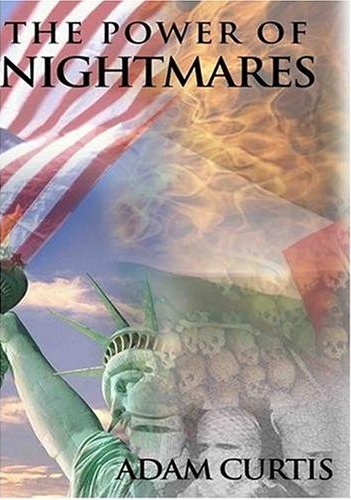 “The power of nightmares: The rise of the politics of fear” is an award winning documentary created by Adam Curtis for the BBC and was first broadcast in late 2004. The film explores the origins in the 1950’s of Islamic Fundamentalism in the Middle East, and Neoconservatism in America, it highlights the striking parallels that exist between both movements, and the effects they have on our world today.

“Both the Islamists and Neoconservatives] were idealists who were born out of the failure of the liberal dream to build a better world. And both had a very similar explanation for what caused that failure. These two groups have changed the world, but not in the way that either intended. Together, they created today’s nightmare vision of a secret, organized evil that threatens the world. A fantasy that politicians then found restored their power and authority in a disillusioned age. And those with the darkest fears became the most powerful. “

What’s especially interesting about this film is the theory they propose that the hype about the islamic threat in the from of al-Qaeda, is in fact a myth perpetrated by politicians, particularly American neo-conservatives in an attempt to unite and inspire their people following the failure of earlier, more utopian ideologies.

The first part of the series explains the origins of Islamism and Neo-Conservatism. It shows Egyptian civil servant Sayyid Qutb, depicted as the founder of modern Islamist thought, visiting America to learn about our education system, but becoming disgusted with what he saw as a corruption of morals and virtues in western society through individualism. When he returns to Egypt, he is disturbed by westernization under President Nasser and becomes convinced that in order to save society it must be completely restructured along the lines of Islamic law while still using western technology. He also becomes convinced that this can only be accomplished through the use of an elite “vanguard” to lead a revolution against the established order. Qutb becomes a leader of the Muslim Brotherhood and, after being tortured in one of Nasser’s jails, comes to believe that western-influenced leaders can justly be killed for the sake of removing their corruption. Qutb is executed in 1966, but he inspires the future mentor of Osama bin Laden, Ayman al-Zawahiri, to start his own secret Islamist group. Inspired by the 1979 Iranian revolution, Zawahiri and his allies assassinate Egyptian president Anwar Al Sadat, in 1981, in hopes of starting their own revolution. The revolution does not materialise, and Zawahiri comes to believe that the majority of Muslims have been corrupted by their western-inspired leaders and thus may be legitimate targets of violence if they do not join him.

At the same time in the United States, a group of disillusioned liberals, including Irving Kristol and Paul Wolfowitz, look to the political thinking of Leo Strauss after the general failure of President Johnson’s “Great Society”. They come to the conclusion that the emphasis on individual liberty was the undoing of the plan. They envisioned restructuring America by uniting the American people against a common evil, and set about creating a mythical enemy. These factions, the Neo-Conservatives, came to power under the Reagan administration, with their allies Dick Cheney and Donald Rumsfeld, and work to unite the United States in fear of the Soviet Union. The Neo-Conservatives allege the Soviet Union is not following the terms of disarmament between the two countries, and, with the investigation of “Team B”, they accumulate a case to prove this with dubious evidence and methods. President Reagan is convinced nonetheless.

In the second episode, Islamist factions, rapidly falling under the more radical influence of Zawahiri and his rich Saudi acolyte Osama bin Laden, join the Neo-Conservative-influenced Reagan Administration to combat the Soviet Union’s invasion of Afghanistan. They are successful in repulsing the Soviet armies and, when the Eastern Bloc begins to collapse in the late 1980s, both groups believe they are the primary architects of the “Evil Empire’s” defeat. Curtis argues that the Soviets were on their last legs anyway, and were doomed to collapse without intervention.

However, the Islamists see it quite differently, and in their triumph believe that they had the power to create ‘pure’ Islamic states in Egypt and Algeria. However, attempts to create perpetual Islamic states are blocked by force. The Islamists then try to create revolutions in Egypt and Algeria by the use of terrorism to scare the people into rising up. However, the people are terrified by the violence and the government in Algeria use their fear as a way to maintain power. In the end, the Islamists declare the entire populations of the countries as inherently contaminated by western values, and finally in Algeria shoot each other, due to a perception that the terrorists themselves are not pure enough Moslems either.

In America, the Neo-Conservatives’ aspirations to use the United States Army’s power for further destruction of evil are thrown off track by the ascent of George H. W. Bush to the American Presidency, followed by the 1992 election of Bill Clinton leaving them out of power. The Neo-Conservatives, with their conservative Christian allies, attempted to demonise Clinton throughout his presidency with various real and fabricated stories of corruption and immorality. To their disappointment, however, the American people do not acknowledge him as an enemy as they intended and remain indifferent to Clinton’s alleged evils. The Islamist attempts at revolution end in massive bloodshed, leaving the Islamists without popular support. Zawahiri and bin Laden flee to the sufficiently safe Afghanistan and declare a new strategy; to fight Western-inspired moral decay they must deal a blow to its source: the United States.

The final episode addresses the actual rise of al-Qaeda. Curtis argues that, after their failed revolutions, bin Laden and Zawahiri had little or no popular support, let alone a serious complex organisation of terrorists, and were dependent upon independent operatives to carry out their new call for jihad. The film instead shows the United States government wanting to prosecute bin Laden in absentia for the 1998 U.S. embassy bombings, and needing to prove him to be the head of a criminal organisation to do so. They find a former associate of bin Laden, Jamal al-Fadl, and pay him to testify that bin Laden was the head of a massive terrorist organisation called “al-Qaeda”. With the September 11th attacks, Neo-Conservatives in the new Republican government of George W. Bush use this created concept of an organisation to justify another crusade against a new evil enemy, leading to the launch of the War on Terrorism.

After the American invasion of Afghanistan fails to uproot the alleged terrorist network, the Neo-Conservatives focus inwards, searching unsuccessfully for terrorist sleeper cells in America. They then extend the war on “terror” to a war against general perceived evils with the invasion of Iraq in 2003. The ideas and tactics also spread to the United Kingdom where Tony Blair uses the threat of terrorism to give him a new moral authority. The repercussions of the Neo-Conservative strategy are also explored with an investigation of indefinitely-detained terrorist suspects in Guantanamo Bay, many allegedly taken on the word of the anti-Taliban Northern Alliance without actual investigation on the part of the United States military, and other forms of “preemption” against non-existent and unlikely threats made simply on the grounds that the parties involved could later become a threat. Curtis also makes a specific attempt to defuse fears of a dirty bomb attack, and concludes by reassuring viewers that politicians will eventually have to concede that some threats are exaggerated and others altogether devoid of reality.

The tactics discussed in this film are still being used today. All you need to do is look at the rhetoric between the Clinton and Obama campaigns on who would you perfer answer the red phone at 3am.  Steve King’s (R-IA) warnings that terrorists will be dancing in the street if you elect a Democrat to the White House. President Bush’s attempts at justifying torture and demanding the Congress grant retroactive immunity to his administration and the telecommunication companies which have been his willing partners in warrantless domestic spying.  It is also being used to attack the GLBT community as seen recently in Oklahoma state Representative Sally Kern  (R-Oklahoma City) comments which were recorded then placed on Youtube…

It’s way past time for the world to grow up and finally say “Enough!” to the politics of fear.

* Information about the film and the majority of the text herein except my conclusion, provided by the english language Wikipedia.