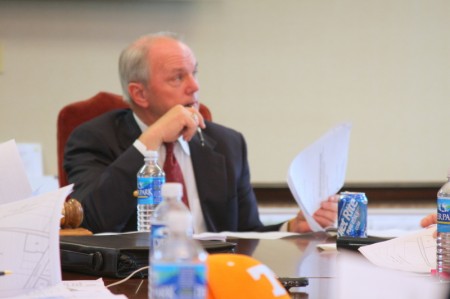 The April 24th city council executive session may have had one unexpected outcome- the nullification of the voting on items on the Special Call Session agenda.

The executive session started normally with Mayor Johnny Piper calling the session to order and proceeding to the Planning Commission Zoning Public Hearing. Reports from the various council committees followed with a modest amount of questions and comments. 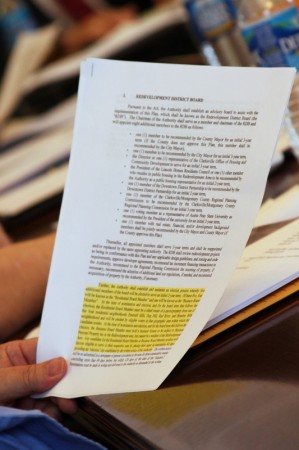 Under new business was the second reading of the adoption of the Clarksville Center Redevelopment and Urban Renewal Plan. New amendments were distributed to council members reflecting issues raised at the March 20th Special Called Session at APSU’s Clement Auditorium. The remaining items under new business were reviewed. Board appointments were next on the agenda.

The mayor declares a break

After a brief discussion of the appointments, Mayor Piper then declared a five-minute break, with the last three items of the executive session agenda still pending. Those items were 11- Mayor and Staff Reports, 12- Adjournment and 13- Public Comments. After the break, Mayor Piper called the council back intosession and without adjourning the executive session, began to address the special call session agenda. No council members made notice of this failure of parliamentary procedure. All ten items on the Special Session Agenda were duly voted upon, including item 10, Resolution 76-2007-08, adopting the 2009 Action Plan of the 2005-2010 Consolidated Plan and authorizing request for CDBG and HOME funds. With the conclusion of the voting and the mayor’s declaration that the May 1st meeting was being postponed until May 8th, the meeting was adjourned. (Above- Rita Arancibia addresses council) 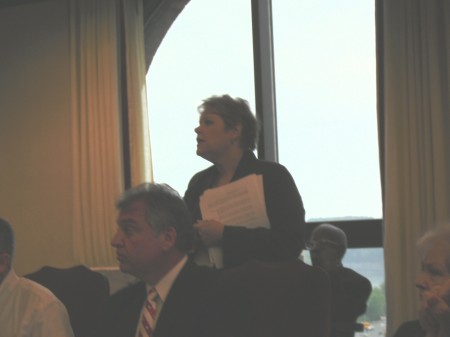 As the council members prepared to leave, several citizen observers questioned the legality of the supposed special session. Bill Larson approached Interim Co-City Attorney Tim Harvey, and then City Clerk Sylvia Skinner with a Point of Order objection that since the mayor had failed to adjourn the executive session, there was no special session and the special session agenda items votes were null and void under parliamentary law and the City Charter. Under the City Charter, no votes can be taken in executive session. Mr. Larson was asked to submit his objection in writing. Several other citizens discussed this apparent oversight with council members Jim Doyle and Marc Harris, who both admitted it seemed the council may have acted in error. Councilman Doyle asked why no one hadn’t made either of them aware of the oversight. The citizens responded that they didn’t want to be ejected from the proceedings. Citizens are not allowed to address the council during the proceedings without prior approval.