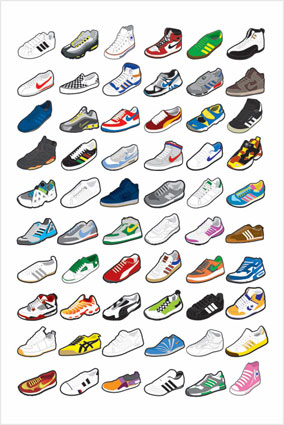 Americans United for the Separation of Church and State is dedicated to preserving the rights of individuals under the U.S. Constitution. They are committed to focusing especially on the matter of individual religious expression.

AU is sometimes criticized for representing and supporting individuals whose constitutional rights are being violated. Their mission is to protect Christians, Muslims, Jews, Buddhist Americans and others from civil and religious leaders who restrict the rights of others based on religious belief or disbelief.

Recently the AU defied tradition in two South Carolina school districts where school were allowing religious proselytizing in their schools.

How the AU responded at the request of parents demonstrates their commitment and understanding that the Constitution applies to everyone. This story illustrates their mission in protecting the rights of children regarding proselytizing.

A baptist minister began with merit to help schoolchildren by supplying shoes to the most needy. Such a project up to this point is in keeping with the teachings of Jesus and other faith founders. That’s a positive action deserving of praise. Such a distribution is a holy and sacred act. It is sacrificial compassion.

So you may ask, where is the rub? What is there to object to since good is being done?

It is the second part of the project that precipitated this imbroglio. The good Baptist pushed the give-away with foot-washing rituals as an integral part of the give-way. Remember where this is occurring: on public school property. Christian rituals have meaning in our lives, and have appropriate places for such rituals to be conducted.

This “Laces of Love” program, sponsored by the First Baptist Church of North Augusta, had the addition of a religious ritual in a dollop and measure or evangelicalism/proselytizing.

The AU gave a positive and negative interpretation of this well-meaning project. Director Barry Lynn said:

“Providing poor children with new shoes is a worthy endeavor. But the manner in which the church is doing so is blatantly unconstitutional.”

The offending schools were informed that facilitating the program with the ancient ritual of foot-washing, or providing a list of needy children, hosting the foot-washing on school time was crossing and violating constitutional rights.

The result was that the school denied knowledge of the “foot-washing” ritual when the children received their shoes.

From this incident we learn several lessons on how to approach such issues:

I appreciate the Americans United and their wholesome contribution to our communities.

Editor’s Note: “… before Americans United issued its report, the local paper, the Augusta Chronicle, published several references to the practice. In a November 28th story previewing the giveaway, the Augusta Chronicle reported in a caption beneath the photo of Mark Owens (above), who leads the church’s “Laces 4 Love” project: “Before the Passover, Jesus washed the disciples’ feet. In two weeks, nearly 300 volunteers will follow his example and kneel before school children to wash their feet.” Other photos …published by the Chronicle also refer to and show foot-washing.” http://www.jewsonfirst.org