HomeArts/LeisureUnlit flame on July 4th a symptom, could it be Clarksville just...
Arts/LeisureEventsNews

Unlit flame on July 4th a symptom, could it be Clarksville just does not care? 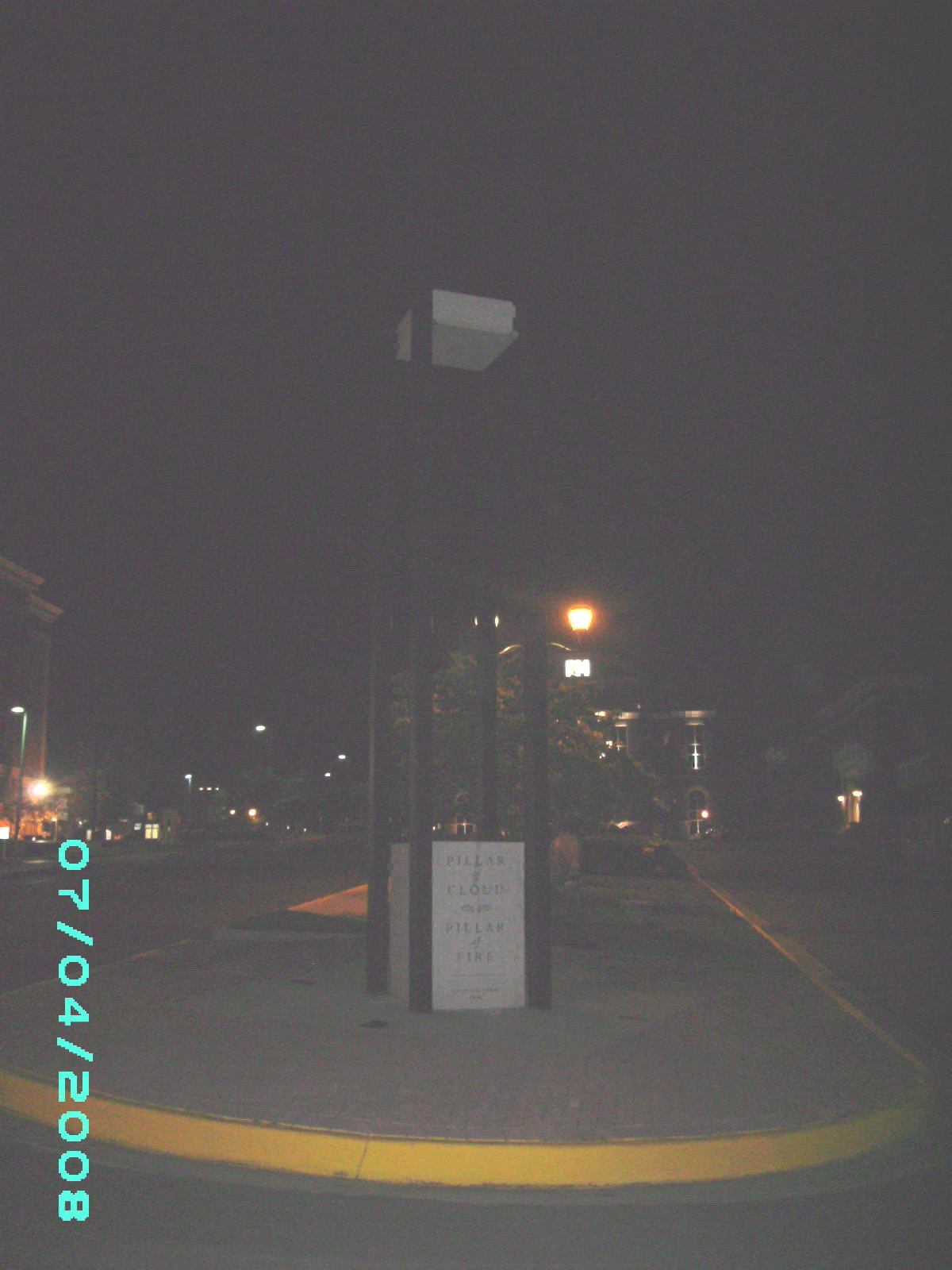 The Pillar of Cloud, Pillar of Fire  aka the Eternal Flame was conspicuously AWOL on July 4th! Our Eternal Flame seems to spend most of its time unlit. What does this signify about our dedication to “Supporting Our Troops!”

As the Independence Day weekend moves on, the smoke from fireworks has dissipated and the residue from our recent fireworks show have been cleared away. The traffic jams cleared up, and we each go on our merry way. Yes, the city’s celebration was quite a sight. And as noted in previous coverage here, the Pillar of Cloud, Pillar of Fire Eternal Flame Memorial was burning bright and strong at 11:30PM on July 3rd. The flags at City Hall were still sadly un-illuminated but the eternal flame did shine for that night. Hallelujah!!!

Alas, it was too good to last. It was not burning during the daylight hours on our nation’s birthday, and when the evening of July 4th dawned upon us the flame was still NOWHERE TO BE SEEN. It was AWOL again! We took date stamped photographs to verify this.

Are our public officials really committed to keeping our pledge to light the flame, and in doing so honoring our fallen military personnel? Or is this just a “showpiece” there only to be utilized during special promotions and city events?

The Eternal Flame was kept lit for the entire run of ‘Rivers and Spires.” Every day and night it was there. But the flame ceased burning a mere three days following the close of that festival. It stayed that way until two weeks before Memorial Day.

But strangely the flame was once again unlit for the entire Memorial Day weekend. As the Vietnam Veterans Association held their candlelight vigil on Public Square that Sunday, the absence of that flame was conspicuously felt as the names of Tennessee’s MIA were called off. Apparently their sacrifice did not warrant the flame. It was only veterans and MIA service members, after all.

All of last week, workmen were busy installing a new eight or new nine foot diameter water fountain on Public Square. (This is not the fountain that is still planned for location on Legion street). It became functional last Thursday. Thursday night the water was freely flowing, and the interior lights were shining brightly. It is admittedly a lovely sight. Too bad the Eternal Flame couldn’t have been blessed with the same good fortune. It has remained unremarked in the darkness at the other end of Public Square. while the fountain has remained fully functional every day and night since it was turned on. 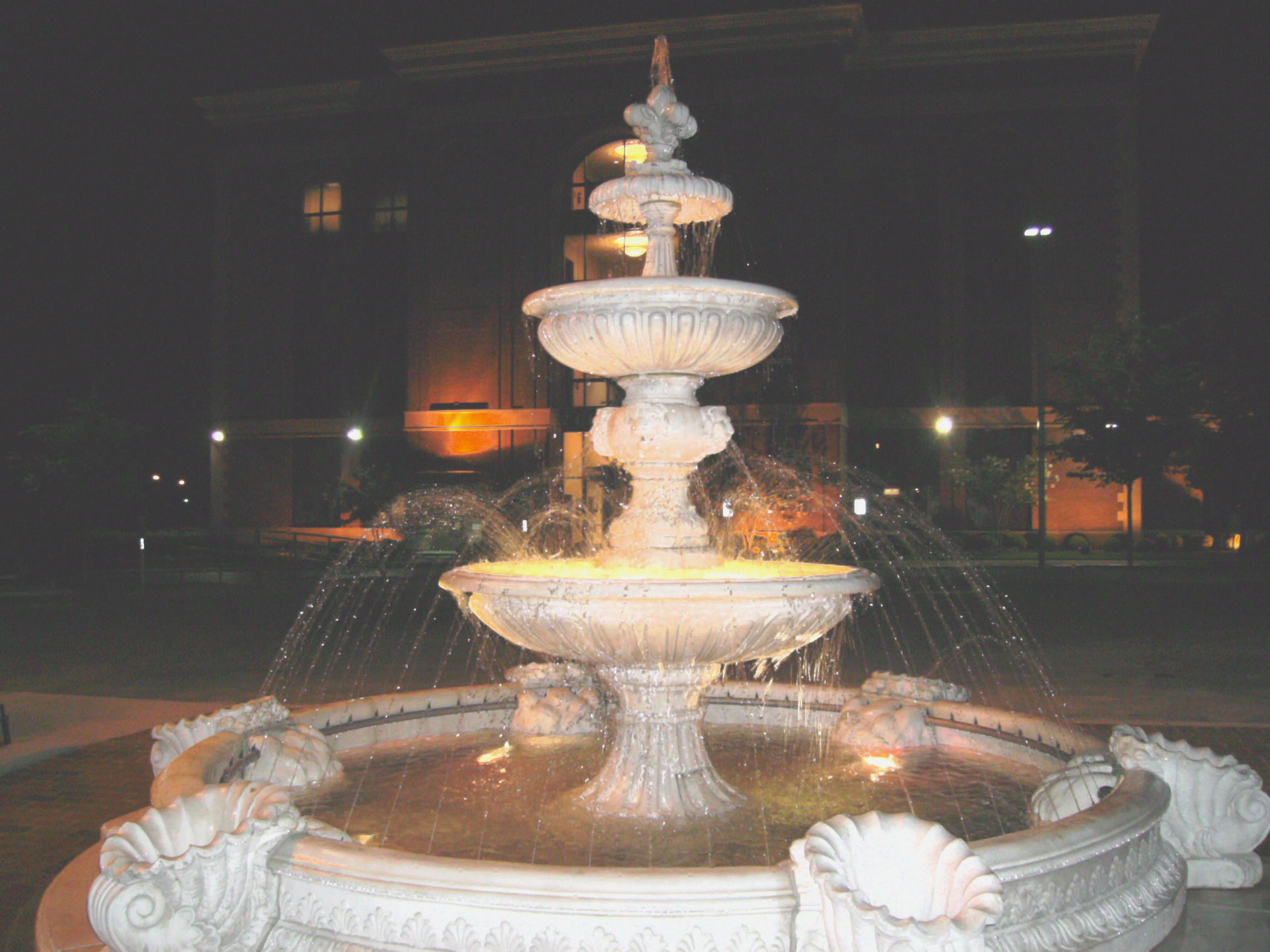 Recent coverage on Clarksville Online has highlighted the glaring failure of many local government and business entities to properly illuminate our national flag during the hours of darkness. Once again our own City Hall is in violation with two towering flag poles, front and rear, each over thirty feet tall. Neither of which are properly illuminated at night. Perhaps there is a pattern at work here; one of a blatant disregard for our nation’s flag, and for a memorial honoring our serving soldier’s and military fallen.

Despite all our public officials pretty speeches and their placing big yellow ribbons on the sides of our city’s buildings, could it be that deep inside we really just don’t care? Maybe Clarksville’s true claim to the title of “Tennessee’s Top Spot” is for our elected officials disrespect for our nation and the sacrifice of it’s soldiers. You be the judge. 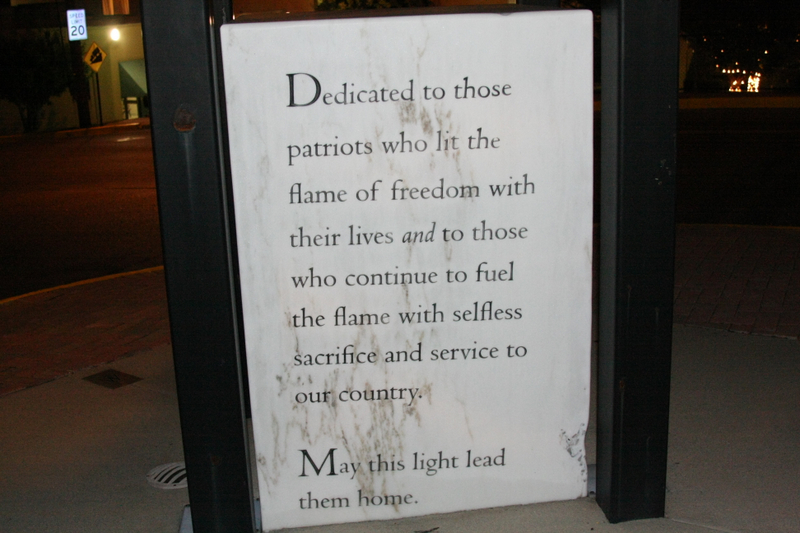 We at Clarksville Online have tried over and over again to get our elected officials to do something about keeping the flame lit, with no luck. If each of you take a moment to email or call our elected officials and tell them to light the flame, and keep it lit! Perhaps at long last they will get the message! Light the flame already! Because if not we will hold them to account the next time they are up for re-election!