HomeNewsSuicide: Did it have to end this way?
News

Suicide: Did it have to end this way?

“Suicide is not chosen; it happens when pain exceeds resources for coping with pain.” 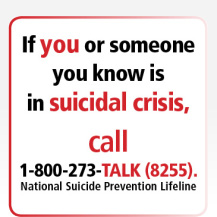 Suicide.  Self-inflicted death. The pain that drives an individual to commit suicide is mirrored by the pain experienced by those left behind to mourn.

In the past year, suicide has touched a number of families and individuals in our community. Two newly married men.  A high school boy. A college student. A friend. We react with shock that spirals into grief punctuated by a simple question: Why? And “was there something we could have done? Or noticed?”

Suicide is on the rise, both in the military and within our communities. By a margin of 2-1, it outstrips homicide as a cause of death in the United States, and is the 11th ranked cause of death in the United States. Statistically, more men actually succeed in killing themselves, while more women attempt suicide but do not die, in part because  men typically use more violent means (guns, hanging) to end their lives than women, who often use failure-prone methods such as overdosing.

Suicide may occur for a number of reasons, including depression, shame, guilt, desperation, physical pain, emotional pressure, anxiety, financial difficulties, or other undesirable situations. The World Health Organization noted that over one million people commit suicide every year, and that it is one of the leading causes of death among teenagers and adults under 35. There are an estimated 10 to 20 million non-fatal attempted suicides every year worldwide. It is estimated that each suicide in the United States leaves an average of six people intimately affected by the death, either as a spouse, parent, significant other, sibling, or child of the deceased person. These people are referred to as survivors.

The predominant view of modern medicine is that suicide is a mental health concern, associated with psychological factors such as the difficulty of coping with depression, inescapable suffering or fear, or other mental disorders and pressures. Suicide is sometimes interpreted as a “cry for help” and attention, or to express despair and the wish to escape, rather than a genuine intent to die. Most people who attempt suicide do not complete suicide on a first attempt; those who later gain a history of repetitions have a significantly higher probability of eventual completion of suicide.

A risk-assessment quiz designed for teenagers is available online.

When someone dies by suicide the people left behind can wrestle with a terrible emotional pain. Teens who have had a recent loss or crisis or who had a family member or classmate who committed suicide may be especially vulnerable to suicidal thinking and behavior themselves.

If you’ve been close to someone who has attempted or committed suicide, it can help to talk with a therapist or counselor — someone who is trained in dealing with this complex issue. Or, you could join a group for survivors where you can share your feelings and get the support of people who have been in the same situation as you.

What if this is you?

If you have been thinking about suicide, get help now. Depression is powerful. You can’t wait and hope that your mood might improve. When a person has been feeling down for a long time, it’s hard to step back and be objective.

Talk to someone you trust as soon as you can. If you can’t talk to a parent or a friend, talk to a coach, a relative, a school counselor, a religious leader, or a teacher. Call a suicide crisis line (such as 1-800-SUICIDE or 1-800-999-9999) or your local emergency number (911). These toll-free lines are staffed 24 hours a day, 7 days a week by trained professionals who can help you without ever knowing your name or seeing your face. All calls are confidential — no one you know will find out that you’ve called.

What if this is someone you know?

It is always a good thing to start a conversation with someone you think may be considering suicide. It allows you to get help for the person, and just talking about it may help the person to feel less alone and more cared about and understood.

Talking things through may also give the person an opportunity to consider other solutions to problems. Most of the time, people who are considering suicide are willing to talk if someone asks them out of concern and care. Because people who are depressed are not as able to see answers as well as others, it can help to have someone work with them in coming up with at least one other way out of a bad situation.

Even if a friend or classmate swears you to secrecy, you must get help as soon as possible — your friend’s life could depend on it. Someone who is seriously thinking about suicide may have sunk so deeply into an emotional hole that the person could be unable to recognize that he or she needs help. 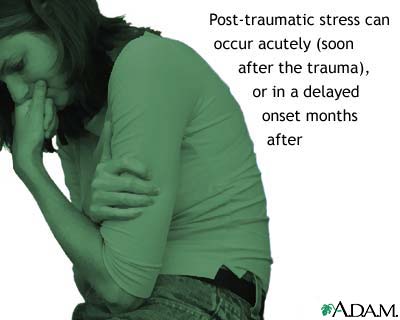 In a survey of 5,877 people across the United States, it was found that people who had experienced physical or sexual assault at some point in their life also had a high likelihood of attempting to take their own life at some point:

Suicide has also become an item of serious concern within the military, which has recorded epidemic levels of suicide in the past year. The stress of repeated deployments  on both military personnel and their families has triggered a surge of emotional/psychiatric issues, including surges in both suicide and domestic violence. The surge in numbers has  forced the Pentagon to focus more intently on suicide prevention among its personnel.