HomeCommentaryTorture Advocates have set the U.S. Military back for generations
Commentary

Torture Advocates have set the U.S. Military back for generations

Know what these photos are?

These are Iraqi troops surrendering by the thousand to U.S. forces during the first Gulf War in 1991.  These drafted Iraqi fighters chose to turn themselves over to Americans in droves because they knew they’d be treated better by U.S. troops than by their own government.  They had faith in us that we wouldn’t execute them, that we’d feed them and give them water, and that we’d provide them with shelter.  To them, facing capture was a much better option than either retreating back to the care of Saddam and his sadistic sons or of fighting to the death.

This worked out well, because it meant that we, as Americans, wouldn’t have to face a determined, cornered enemy that could’ve drawn out the war and inflicted unnecessary casualties on our side.  It was seen as a great victory.

(Warning: This article contains images which depict torture, and may be considered graphic)

Know what this is?

This is a shot of German troops surrendering to Americans during World War Two.  At the end of that war, German soldiers were so desperate to surrender to the Americans or the British that they actually fought to break out of areas on the Eastern Front just so they wouldn’t have to surrender to the Russians.  They knew that inhumane treatment, a long train ride to Siberia, and a likely miserable death awaited them if they didn’t make it.

This also worked out well for us, because it meant that we, as Americans, had a much easier time in Germany than the Russians did.  The Russians–battling men who were literally fighting for their lives during the push to Berlin–suffered 80,000 troops killed.  On the Western Front, however, U.S. forces never faced that level of resistance.

Once upon a time, America was known around the world for its powerful, benevolent nature when handling captured enemy fighters.  Even our adversaries knew they could hoist the white flag and expect to be treated humanely.  In turn, this made them more likely to give up sooner.  And it not only kept American soldiers out of countless bloody fights, but it made victory and success all that much easier for our troops.

For years, rank and file soldiers and insurgents around the world viewed surrender to the Americans as a reasonable option when finding themselves out gunned.

And then we went and did this:

Now, our opponents won’t feel secure in surrendering to U.S. forces.  In fact, I wouldn’t expect to see images like those of the surrendering soldiers above for decades.  It’s just not going to happen anymore.  If a hot war breaks out in Iran, North Korea, Pakistan, or anywhere else, we can expect to face an enemy that simply won’t accept surrender.  No Taliban fighter, no starving North Korean soldier in his right mind will surrender willingly if he thinks he’s going to be tortured or beaten to death.  Instead, he’ll prefer a fight to the death, even as he becomes cornered.  And this will get Americans killed.

This is what torture policies have wrought.  We no longer hold the moral high ground.  We borrowed against it in an effort to get a few false confessions from Khalid Sheikh Mohamed, Abu Zubaydah, and others.  And the next time we face an organized fighting force in the field, the cost of doing so will become readily apparent.

Not only does torture not work, but it directly endangers our troops fighting now. 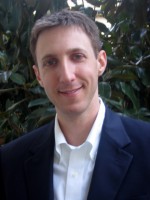 Brandon Friedman is a writer with extensive experience in both the military and politics.  He is the author of The War I Always Wanted: The Illusion of Glory and the Reality of War, and has served since 2007 as the Vice Chairman of VoteVets.org—a 100,000-member organization dedicated to getting veterans elected to public office.

Brandon served as an infantry officer in the U.S. Army’s 101st Airborne Division in Afghanistan and Iraq.  In March 2002, he led a rifle platoon into Afghanistan’s Shah-e-Kot Valley in order to engage Taliban and al Qaeda fighters as part of Operation Anaconda—a battle later written about by award-winning journalist Sean Naylor in Not a Good Day to Die. A year later, Brandon commanded a heavy weapons platoon during the invasion of Iraq.  He led troops during combat operations in Hillah, Baghdad, and Tal Afar.  Brandon eventually left active duty in 2004 after having spent the latter portion of his Iraq tour as an executive officer managing troop movements, security issues, and logistics throughout northern Iraq as the insurgency intensified.  He was awarded two Bronze Stars for his service in Afghanistan and Iraq.

Brandon has been interviewed by ABC News, the Associated Press, McClatchy, Bloomberg, the Washington Times, the Dallas Morning News, the UK’s Press Association, Guardian, and Daily Telegraph, the Military Times, and other news organizations.  He has also appeared on ABC, CNN, MSNBC, and C-SPAN, as well as on numerous radio stations across the country.  Brandon’s writing has been featured on a wide range of new media outlets to include Military.com, the UK’s Guardian Unlimited, The Huffington Post, Daily Kos, and, most recently, as the Editor of VetVoice—a blog on politics and the military.

Brandon holds a BA in History from Louisiana State University in Shreveport and an MPA in Public Policy and Administration from the University of Texas at Dallas.  He is currently a Captain in the Individual Ready Reserve.