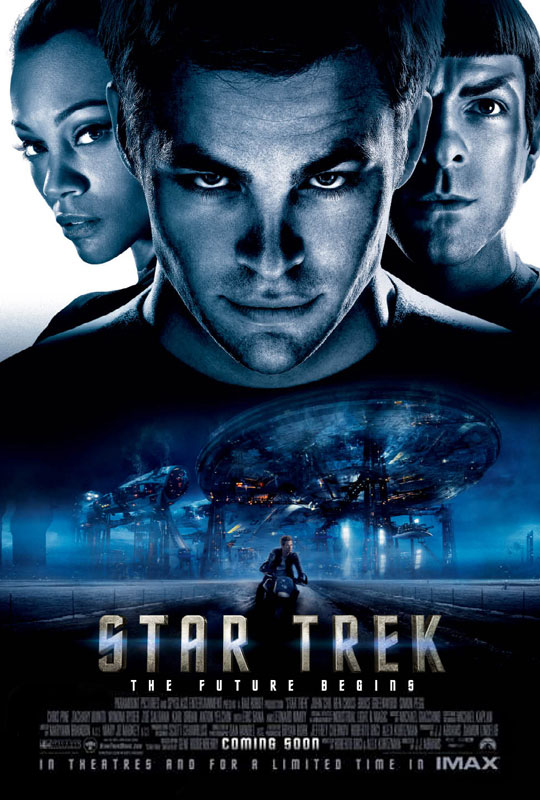 The new “Star Trek’ movie now in theaters is causing quite a stir. Deservedly so, I might add! J.J. Abrams and crew have done an outstanding job of retooling the franchise and bringing a new perspective to the well-known saga. This film will definitely be one of the best features of the summer season.

Here is what many thought could not be done! In just over two hours, J. J. Abrams has masterfully and skillfully crafted a bridging of the multitudinous lore of Star Trek with a fresh and compelling telling of its beginning. Having done so with a cast of fresh faces who have captured their characters previous personas and given them new life, is all the more to Abrams credit and these gifted actors as well. This is mighty fine storytelling here, folks. And, have no doubts, you will be wanting more!

This new telling of the ‘Start Trek’ adventure is filled with thrills, chills and suspense and not a few surprises along the way. With carefully placed acknowledgments to the ‘Trek’ story history and characters so thoroughly developed over the past decades, this new window has intrigue and action galore, enough to satisfy any action-craving junkie. Special effects are aplenty, however they do not overwhelm the film but feel natural in their placement and impact to the storytelling.

Where does James T. Kirk come from? What was it like for a young Spock growing up on Vulcan as only half Vulcan? How did Dr. McCoy come by the moniker, “Bones”? These are just a few of the subtle nuances placed throughout the movie that will bring a knowing smile to your face as the story develops and actions unfold. The new faces and voices marry well to the known characterizations of past lore.

While the local Great Escape does a very commendable job of presenting the film, I must say that the excursion to Nashville’s Opry Mills IMAX venue is well worth the short drive. The IMAX version presses all the right buttons and gives viewers the full impact  of the film’s true potential.

This is a summer blockbuster which was meant to be seen on an IMAX screen! If you’ve enjoyed it at Great Escape, you will be astounded by the difference IMAX adds to your viewing experience. Go online and reserve your tickets in advance as these IMAX showings are usually sold out many hours before show time. PLAN ON ARRIVING EARLY TO GET IN LINE! You don’t want to be sitting right down front. But know this, what ever hassles you may encounter, the IMAX viewing will reward you richly!

It IS that good!!