Nashville – The Tennessee Historical Commission has announced nine Tennessee sites have been added to the National Register of Historic Places. The National Register of Historic Places is the nation’s official list of cultural resources worthy of preservation. It is part of a nationwide program that coordinates and supports efforts to identify, evaluate and protect historic resources. The Tennessee Historical Commission administers the program in Tennessee.

“From the site of an encampment for soldiers going to fight at the Revolutionary Battle of Kings Mountain, to a high school built during the Great Depression, these listings highlight some of the diverse places that tell the story of Tennessee’s unique history,” said Patrick McIntyre, executive director of the Tennessee Historical Commission. “Our office is proud of its role in ensuring recognition of these time-honored places that help give Tennesseans a sense of pride in their communities.”

Sites recently added to the National Register of Historic Places include:

George Awsumb was a well-known architect in Memphis, Shelby County, and one of his best examples of ecclesiastical Gothic Revival design in the city is Idlewild Presbyterian Church. Built between 1925 and 1928, the stone church is richly decorated inside and out. “Grotesques” or symbolic figures, carved woodwork, lancet arches, large stained glass windows, a 120-foot tower and stamped ceiling tiles are some of the details of the church that define its Gothic Revival style. Awsumb was a member of the congregation and included caricatures of himself and his family in the grotesques. Alois Lang of the American Seating Company in Wisconsin and Michigan supervised the woodwork in the church. Awsumb designed an addition to the building in 1958 but died before it was completed. His son, Wells Awsumb, finished the work. 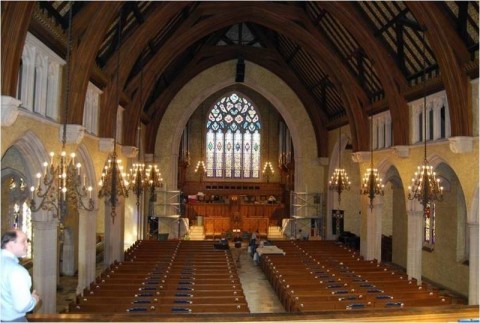 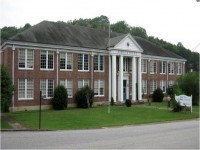 The high school is important to Gainesboro because of its architecture and history. It was built in 1939 as part of the federal government’s efforts to provide jobs during the Great Depression. The Nashville architectural firm of Marr and Holman designed many public buildings during this era, including the Jackson County High School. Designed in the Colonial Revival style, the building has a two-story portico and multiple-pane windows that are characteristic of this style. From 1939 to 1969, the school provided secondary education for students in Jackson County. Today, much of the building is vacant but the community has plans for its re-use. 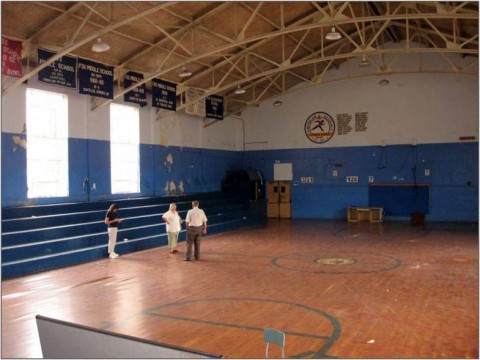 Maden Hall Farm is comprised of an 1820s house, historic outbuildings and 17 acres of land in rural Greene County. The Federal style house was built for William Ross II and updated around 1910 after a fire damaged the interior of the building. Nearly 12 acres are still used for agricultural purposes. An 1820s log smokehouse, 1820s kitchen / slave house, 1840s corncrib, 1910s springhouse and a 1940s hog house also can be found on the property. The farmstead properties are well preserved and represent the changing settlement and development patterns, as well as architectural styles in the county. Descendants of Ross still own and farm the property. 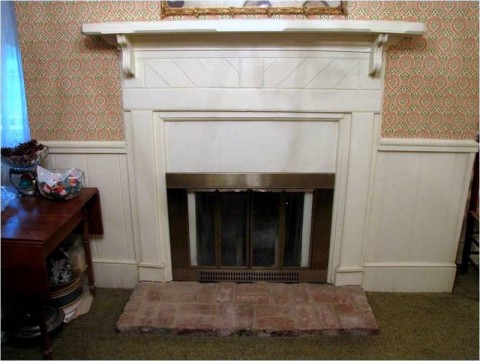 The Savannah Historic District in Hardin County was listed in the National Register in 1980 and the boundary was increased to add two buildings in 1993. The new expanded boundary adds 23 buildings and extends the district’s period of significance into the mid-20th century, resulting in a historic district that has doubled in size. This revision recognizes the importance of later Colonial Revival, Craftsman and Minimal Traditional style residences and the 20th century suburban development of Savannah.

Located near Roan Mountain State Park in Carter County, the Shelving Rock Encampment is one of the few extant Revolutionary War sites in Tennessee. Approximately 1,000 volunteer patriots known as the Overmountain Men camped here on September 26-27, 1780, while en route to the Battle of Kings Mountain. The property includes an open field and the “shelving rock,” an overhang where goods were stored to keep them dry. In addition to being recognized by listing in the National Register, the site is part of the National Park Service’s Overmountain Victory National Historic Trail. This program designates sites in Tennessee, Virginia and North Carolina that lead to the Battle of Kings Mountain. 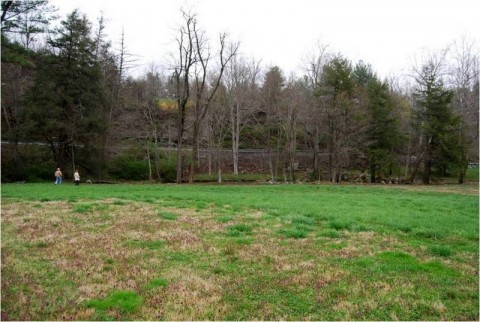 Located within the current boundaries of Knoxville, Stratford was built in 1910 for businessman and community leader James Gilbert Sterchi. Sterchi laid the foundation for and supervised the initial growth of Sterchi Brothers Furniture, a company that eventually grew to become a major business in the southeast. He also was an important community leader, donating time and property for numerous civic events. Sterchi lived here until his death in 1932. Architecturally the house is a fine example of early 20th century Classical Revival design in Knox County. Knoxville architect Richard Franklin Graf designed the house. Noteworthy features include the two-story columned portico, interior woodwork and fireplaces with painted tiles. 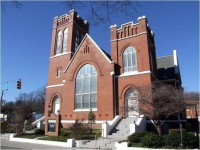 The Trinity United Methodist Church was built in 1910 and is a good example of Gothic Revival architecture in Athens, McMinn County. Designed by the firm of Badgley and Nicklas from Cleveland, Ohio, highlights of the building include the two towers, stained glass windows with stone tracery, an octagonal dome ceiling and eight columns. Like Badgley and Nicklas’ First Presbyterian Church in Wichita, Kansas, the use of the number “eight” in church features represents the eight people who survived the Great Flood. The Akron floor plan allows the church to increase the space of the sanctuary for large events. In 1926, an education wing was added to the building. Today, the church is used by its congregation and by students at the adjacent Tennessee Wesleyan College. 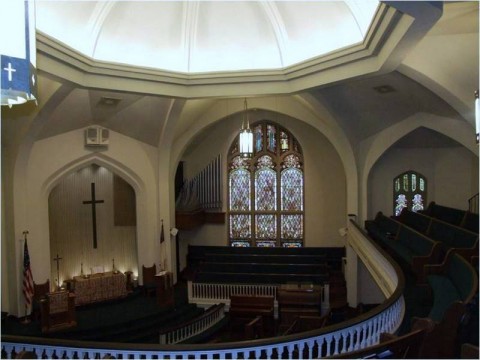 Built by Richard H. May around 1838 in Gallatin, Sumner County, the Trousdale-Baskerville House is one of the few early 19th century residences in the downtown area. In 1870, the new owner of the house, Captain Charles Trousdale, added a front porch and a 1 ½-story wing. These changes updated the Federal style house with Victorian-era elements. The next major change to the house occurred in 1911 when the Baskerville family bought the property and updated it with Colonial Revival features such as a new front porch, new windows and woodwork inside. Eventually the house was changed into apartments and then fell into disrepair. The current owner returned the house to its 1838-1911 style. The Trousdale-Baskerville House is an important local example of changing architectural styles and local settlement patterns. 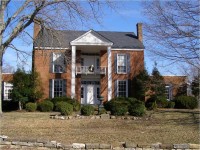 White Plains is located three miles outside of the Putnam County seat of Cookeville. Once part of a large plantation, the house is now on a 15-acre parcel and surrounded by mature trees and shrubs. Built in 1848 and substantially remodeled in 1958, White Plains is an important example of how 19th century houses were modernized with new architectural styles and amenities in the 20th century. In 1958 the house received a new brick exterior and side extensions, changing the farmhouse’s appearance into a modern Colonial Revival house. The interior was updated with new electrical features and some architectural detailing, but it still retains materials from 1848.

Links to each of the completed nomination forms can be found in the site descriptions listed above. For more information about the National Register of Historic Places or the Tennessee Historical Commission, please visit the Web site at www.tn.gov/environment/hist.