A longtime journalist who penned a history column that enjoyed a seven-year run in The Tennessean will return to his alma mater, Austin Peay State University, to promote and sign his new book about the less familiar side of Nashville.

George R. Zepp (’72), a Clarksville native, will sign copies of “Hidden History of Nashville” from 4-6 p.m., Wednesday, Nov. 18 at the Pace Alumni Center at Emerald Hill. A reception in his honor also will be concurrent with the book signing. He will make brief comments at 5 p.m.

The book signing is sponsored by the APSU National Alumni Association. The event is free and open to the public; however, RSVPs are encouraged by calling (931) 221-7979. Books will be available for purchase at the event for $20 each, cash or check only accepted.

In “Hidden History of Nashville,” readers can learn the secrets of Timothy Demonbreun, one of the city’s first residents who lived with his family in a cliff-top cave; Cortelia Clark, the blind bluesman who continued to perform on street corners after winning a Grammy award; and Nashville’s own Cinderella story, which involved legendary radio personality Edgar Bergen and his ventriloquist protégé.

Zepp has a career in journalism spanning more than 33 years, the majority of which were spent in Nashville at The Tennessean. He wrote “Learn Nashville,” a column that ran from 2002-07 in the local news section and now can be found in the Life section on Saturdays. In addition to his work in newspapers, Zepp has contributed his local history expertise to several publications on Nashville history. 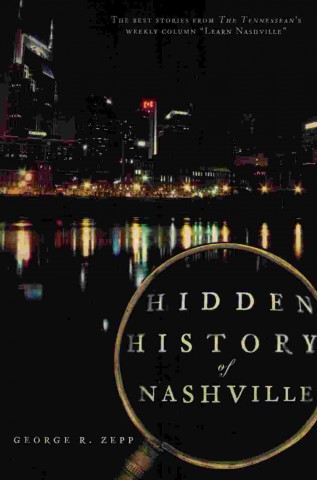