This editorial was co-written by Bill Larson and Tim Cash, and contains a gallery of images from the 2009 Veterans Day parade. 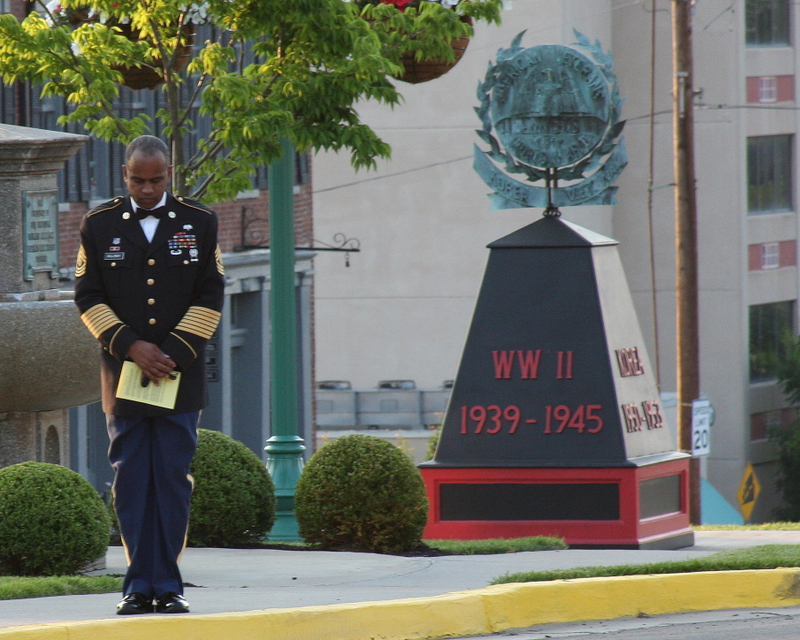 America has long had a fascination with Heroes: cowboys wearing a ten gallon hat and riding a white stallion, a firefighter rescuing someone from a building engulfed in flames, the Sheriff putting dangerous criminals behind bars, the athlete, the underdog overcoming impossible odds, and of course the special kind of person that volunteers to serve our great Country.

Soldiers do not enlist because they want to go out and kill, they do so for a myriad of reasons, some do so for a paycheck, some for assistance with college tuition, some because they lack of other viable choices. Every Soldier has their own individual reasons for enlisting, but for most at the root of their decision to enlist, stems a deep and abiding love for their country, and our freedoms. For these Soldiers patriotism isn’t an abstract concept, it is an essential part of their being.

When Soldier swears their oath, they mean every word of it:

They also recognize that their duty to their oath does not end, just because they have left the service of their nation.

Clarksville Online’s Tim Cash was one of those soldiers….

Due to circumstances beyond our control neither my family or myself could provide the opportunity for me to attend college right out of high school. The Army offered me a chance to serve, and in exchange they would provide me with the assistance to allow me to attend college. Which I did eventually did, and I am a mere twelve credits from earning my bachelor’s degree.

A sense of duty to our Nation, and my Family turned what was to be a three year tour, into a twenty year career. This was not something I had planned on, but my path in life became clear to my during my fledgling years of service. I, like many who served before me, and who still today, did not make the career choice based upon money.

For most soldiers it is the knowledge that we were (and are) protecting our Families and way of life here in the United States, that drives us to make that difficult choice. We would gladly lay down our lives fighting in a far away land, rather than allowing our enemies bring their fights to our shores. Many of our soldiers have ended up paying that ultimate price, and should be revered by all Americans for the sacrifice they and their families made for us.

Soldiers are not political, they march off to war because they believe that they are doing so in service of a just cause. Our Soldiers service gives us the ability to sleep in peace at night; to wake up in the morning; and to allow us enjoy the freedoms promised under our Constitution, without fear of retribution.

As we honor our Veterans today, please take a moment to say a prayer for all those who have served, are serving, or will soon serve their nation on this hallowed day!

Images from the 2009 Veterans Day Parade, that was held in Clarksville, TN