The Clarksville Community Concert Association (CCCA) closed out their 2009-2010 season with a reception hosted by APSU president Tim Hall and his wife Lee at Archwood on Austin Peay State University, during which the CCCA announced their 2010-2011 season’s schedule, followed by jazz concert given by the Joel Frahm Quartet.

The last season kicked off with the Todd Hill Orchestra with their big band sound, which was a wonderful concert. Next was Gabriella Montero an emerging improvisational pianist, bringing back a type of classical music that was prevalent in the 19th century, and is undergoing a resurgence today. Mid-season was the Massenkoff Russian Folk Festival, which was a little bit different for the CCCA, as they combine music, dance, and song in their performances. They were followed by the Gateway Chamber Ensemble who were promoting the inaugural album Wind Serenades of Mozart and Strauss. Finishing off the Season was the Joel Frahm and his Quartet.

Joel Frahm was a great close to this year’s season. The Quartet drew upon their extensive repertoire of music and kept the jazz lovers in the audience grooving for the entire concert. Heads were on swivels, and feet were tapping, and throughout the performance audience members overcome with emotion would break out into cheers or spontaneous applause at a sublime chord or riff. Their performance during this concert was the very essence of jazz brought to life.

While this season has come to a close, you can already begin to look forward to the schedule for the new season that begins this fall!

The Clarksville Community Concert Association (CCCA) along with the Austin Peay State University Center of Excellence for the Creative Arts is proud to announce the schedule for the 2010-11 Community Concert Series. The CCCA strives to present musical performances of high artistic merit in the Clarksville-Montgomery County area, and to promote the interest in. and enjoyment of live concerts through community outreach and education. The Community Concert Series is one of the major cultural resources for our community. Help support them by becoming a member.

The first concert of the new season is scheduled for 7:30 pm on October 1st when the world renown Ying Quartet is scheduled to perform. Their brilliantly commutative performances give a fearlessly imaginative view of chamber music that is applicable in today’s world. The Jazzcat who broadcasts on KJAZZ 88.1FM at the University of California State at Long Beach had this to say about the Ying Quartet.

Sweet sounds are simply music and the Ying String Quartet emotes music that simply gives us freedom of thought…On the stage just four chairs, with four instruments and four humans who are so connected that they might as well be the instruments themselves. Speakers, light shows and electricity are not needed to tell these stories of love in flowing phrases that melt into our bloodstream and become our thoughts of escape into musical bliss.

It’s going to be an amazing show! 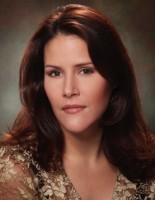 Next up is Soprano Danielle Talamantes who brings her incredibly luxuriant voice and uncanny ability to connect with her the audiences to APSU’s MMC Concert Hall on October 22nd. She is coming to APSU as part of the The National Opera Association’s Song fest. She recently won first place and received the Merle McIntruff Award for Musical Excellence at the Irma M. Cooper Opera Columbus Vocal Competition., and has received critical acclaim for her opera performances.

Danielle Talamantes was a standout as a sassy, pert and very pretty Susanna with spot-on comic timing, She was as adept with facial and vocal expressions as she was with the lute in Act II – Mark Estren, Washington Post

Ms. Talamantes’s portrait of the jilted sweetheart, Micaëla, may have been the strongest performance of this role I have ever heard – David Lindauer, The Capital

Kicking off 2011 will be the The Fisk Jubilee Singers on Janurary 20th, They will be performing in Clarksville, TN for the very first time. The historic group has been touring the world since 1871 singing slave songs (what is now known as Negro spirituals). They have consistently broken racial barriers in the United states and Europe, and were awarded a National Medal of Arts in 2008, the highest recognition for artistic excellence given by the United States Government.

Next up will be Croatian-born Ana Vidovic, a classical guitarist. She will be playing in a concert on February 28th. Her virtuoso talent and formidable gifts place her amongst the elite musicians of the world today. Ms. Vidovic has given over one thousand public performances since first taking the stage in 1988. Her international performance career includes recitals in New York, London, Paris, Vienna, Salzburg, Rome, Budapest, Warsaw, Tel Aviv, Oslo, Copenhagen, Toronto, Baltimore, San Francisco, Houston, Austin, Dallas and St. Louis.

John Pizzarelli and the Swing Seven 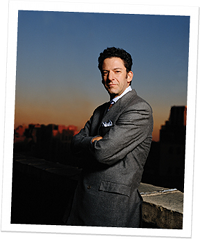 Closing out the next season on April 8th, 2011 will be John Pizzarelli and The Swing Seven who will be participating in the 50th annual Mid-South Jazz Festival. It is with the generous support of Austin Peay State University and its President Tim Hall, that the Clarksville Community Concert Association was able to schedule this amazing artist.

John Pizzarelli has had a multi-faceted career as a jazz guitarist, vocalist and bandleader. Internationally known for classic standards, late-night ballads, and the cool jazz flavor he brings to his performances and recordings, He hosts “Radio Deluxe with John Pizzarelli” a nationally syndicated radio program co-hosted with his wife, Broadway star Jessica Molaskey.

Hear what others had to say about the Community Concert Series 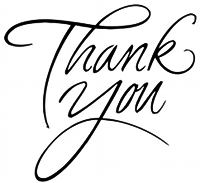 The Clarksville Community Concert Association is able to bring this caliber of artists to our city due to the support of people like you. Become a member today!

A Value Subscription Package consisting of tickets to each of the five concerts (Purchased on or before September 15th, 2010)

Individual tickets to the concerts *

You can also make a tax deductible donation to help support the CCCA’s mission. The donor levels are:

Contact Sharon Nass at 931-647-7288 for more information on making a donation to the Clarksville Community Concert Association.

The Clarksville Community Concert Association under the auspices of Mid-Cumberland Arts League, is a nonprofit 501 (c-3) organization dedicated to presenting musical performances of high artistic merit in Clarksville-Montgomery County and promoting interest in and enjoyment of live concerts through community outreach and education.

The goals of the CCCA are achieved with support from the Austin Peay State University Center of Excellence for the Creative Arts, subscriptions, corporate donors, private contributors, as well as ticket sales.

The organization is operated by an all-volunteer board of directors and officers consisting of subscribing members from the community.

Images from the CCCA reception and the Joel Frahm Concert