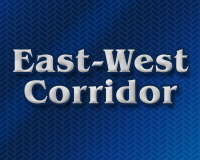 This ordinance established a moratorium on development in the route currently identified as the east-west corridor. The length of time is for one-year and could be extended for two more one-year options. I entered a motion of approval and offered an amendment to the ordinance. A decision to not fund the site survey of the corridor in the next budget had been made.

Based on that and given that some council members and property owners thought the offered alternatives to the current route should be more fully explored, I amended the ordinance to require that the 2007 study should be updated with the latest factors. In addition, the study would include an analysis of the offered alternatives and provide any rationale as to their value in addressing the factors associated with Clarksville transportation needs by 2030.  The study would be required to be finished 120 days before next year’s new budget cycle. This would allow for analysis of the chosen route and a decision as to extend the moratorium another year to allow for survey work.  By year three, the affected property would have to be bought.

Considerable discussions ensued. A couple of council members thought a year moratorium unfair since no building or development could take place within the affected 250-foot width corridor property. They reasoned if some development took place and the road was identified to go through it, then the council should use eminent domain to take it. I did not agree at all with that line of reasoning. Right now about 40+/- property owners, to include 12 homes are in the corridor. We, as a council have to address those people and make a hard decision to take some property or someone’s entire house. The houses affected are in a neighborhood development. It makes no sense to allow more homes and families to be added to the list if and when the decision to go ahead with the road occurs. If these council members cannot make the decision to stop development now and minimize the impact upon citizens, they will not find the task any easier when more homes and properties are added to the affected list. Eminent Domain should not be the future fallback answer for failed planning, due to an inability to make a decision to hold development today and plan properly.

There were discussion that we should be spending our time and resources on another north-south route. I do not deny we could use one, however, the timetable to have set aside land or place a moratorium on land development was long ago. This was a smoke screen to cloud the true issue we face today. We missed the opportunity to plan another north-south route that would minimize property and homeowner impact 20-30 years ago. The opportunity to NOT repeat that mistake with the east-west corridor is here today and we would be foolish to miss it again. The city must learn that opportunity for a specific need seldom comes more than once.

There were comments that Fort Campbell was cutting positions and the war on terrorism was winding down so the base might get cut so this corridor might not be needed at all. I lost a bit of composure and stated that hell might freeze over, but I wouldn’t place a bet on that happening anytime soon either.

Then comments related as to how could we really be sure what will happen in 20 years, so basically why be in a rush do anything right now. It is that line of thinking and inaction that has caused many of our problems and inadequate infrastructure today.

In the end, the ordinance passed in a 5-yes, 4-no and 1-abstain. Councilman Grubbs, on legal advisement, abstained as he has family directly involved with the corridor issue.  I voted yes.

The ordinance will need one more vote to become official. The council’s action enables the Planning Commission to proceed with actions related to a neighborhood development that is directly in the path of the proposed corridor.