The purpose of the CFPA is to provide the most scientifically rigorous conferments in college football. Recipients are selected exclusively based upon objective scientific rankings of the extent to which individual players increase the overall effectiveness of their teams.

A 5-11, 183-pound sophomore from Athens, Stansell was a perfect 4-for-4 on the day against TSU in LP Field, scoring 14 of APSU’s 26 points. The four field goals tied the school record originally set by Tom McMillan, September 5th, 1987, at Kansas State.

Stansell converted a 50-yarder (the second longest of his career) just before halftime to trim the TSU lead to 14-10 at the break.  He added a 30-yarder and 23-yarder in the third quarter and a 29-yarder in with 6:55 to play, keeping the Govs close and allowing them to come-from-behind and win the game later in the quarter.  He also was strong with his kickoffs as TSU averaged starting field position after kickoff was the 30-yard line compared to the 43-yard line for the Govs. 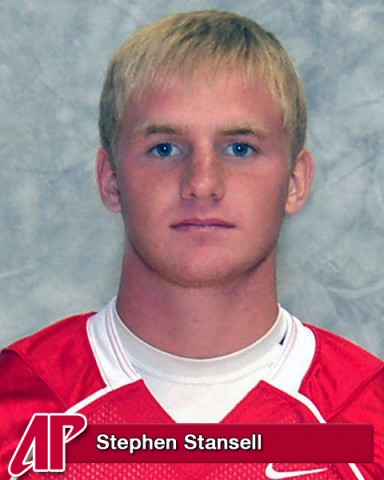 Through three games Stansell is averaging 10.33 points/game, which is 11th nationally, while his 2.33 field goals/game ranks fourth-best nationally.

It is the third straight week the Govs have had players honored. Last week, safety Jeremy Ross was selected CFPA Co-Defensive Performer of the Week for his three fumble recoveries against Middle Tennessee while Ryan Key, who had a 70-yard punt, was named honorable mention Punter Performer of the Week.