The leaders from each element spent the past several weeks planning and preparing for the elections to ensure it was safe, secure and free from corruption. 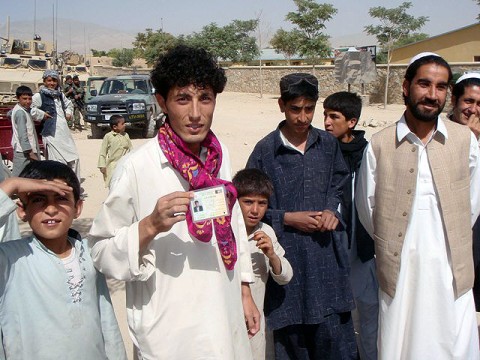 “With the Afghan police and the assistance of the U.S. forces, we are confident of a well executed election process,” said Sher Khan, sub-governor of Andar District, prior to the elections.

The ballots were under constant security at all times to prevent any potential corruption. Soldiers of 3rd Battalion, 187th Infantry were prepared to respond to any attempts the insurgents might make to disrupt the elections.

Ghazni Province experienced one of the highest levels of corruption in Afghanistan’s presidential elections last year, according to U.S. Army Capt. Scott Harris from Fayetteville, NC, the governance and development officer for 3rd Bn., 187th Inf.

“The International Election Committee representative in Ghazni and the Ghazni governor, Musa Khan, worked very hard to correct their image,” Harris said. “As future hosts of the Islamic Cultural and Heritage Center, it is important for a successful election this year.” 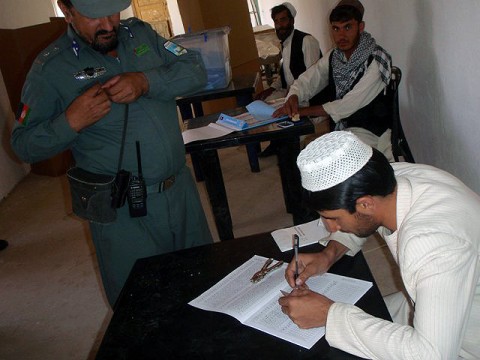 As the elections began early September 18th, Ghazni Province seemed calm and quiet. It wasn’t until 9:00am, two hours after the polling centers opened, that the insurgents started to conduct attacks. TF Iron engaged the enemy 20 times throughout Deh Yak and Andar districts.

Despite the large number of attacks by the enemy, the polling centers all remained open and in full operation. These attacks resulted in no soldiers wounded and no civilians harmed. Elections were still very successful with approximately 1,500 Afghans voting for the candidates of their choice. 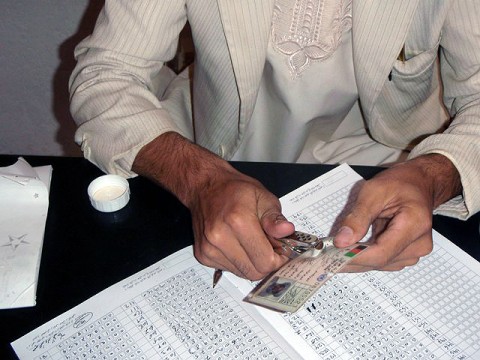 Deh Yak provided six polling sites; each site offered male and female centers to ensure all Afghans had the opportunity to vote. Deh Yak’s police chief, Haji Faiz Mohammad Tufan, casted his vote at the Ramak Mosque polling center as a demonstration for others of how to complete the process.

“Our American partners have provided invaluable support. With their help, Afghan government and security forces have conducted a successful election in Deh Yak,” said Tufan.

Head district field coordinator, Didar, in Deh Yak District said the voter turnout was about what he expected. 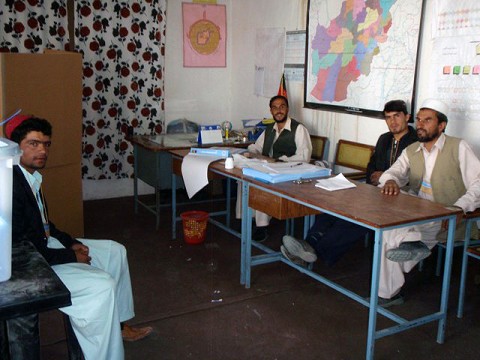 “Polling sites were prepared the day prior as polling site staff and district field coordinators moved with the ballots and elections materials from Ghazni City to the district centers with ANSF escorts. TF Iron provided support from its units to transport the materials, and provided quick reaction force on Election Day,” Didar said.

“The Afghan people were able to voice their opinions by casting their vote without any retaliation from the insurgents,” said U.S. Army Lt. Col. David Fivecoat from Delaware, OH, 3rd Bn., 187th Inf. commander.

“The polling centers were all secured and maintained as corruption free as possible,” Fivecoat added. “The Afghan Security Forces and the Afghan government accomplished a great victory today.”