Wardak Province, Afghanistan – The paratroopers of Task Forces Talon and Brawler, along with their Afghan National Army partners, conducted a clearing operation in the Chak District of Wardak Province September 24th, the largest air assault mission conducted during this deployment by the Sky Soldiers of the 173rd Airborne Brigade Combat Team.

Coalition forces also worked closely with Afghan National Security Forces partners to ensure their participation and integration in the plan. The planners worked almost non-stop to develop an operation that would maximize success while mitigating the threat to coalition forces and ANSF participating in the operation.

“Due to the untiring efforts of the entire combined team, including multiple [special operations forces], aviation and ground units, the task force was able to successfully execute a complex mission with minimal time for planning,” said U.S. Army Lt. Col. Matthew McFarlane, TF Talon commander from Burke, VA. “The people of Chak Valley and Afghan government leaders were pleased with the removal of key insurgents and an increased Afghan security presence in Chak.” 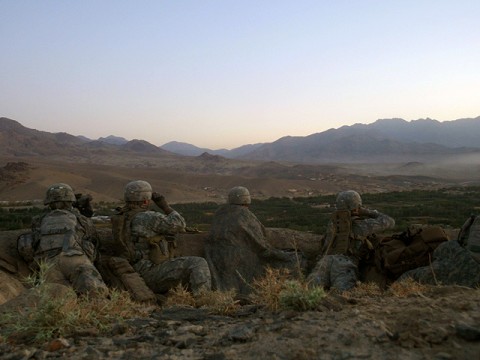 McFarlane pointed out that residents in Chak witnessed their Afghan Commandos and ANA fight and protect them. Wardak Afghan Uniformed Police and elements of the Afghan Army increased their presence in Chak to build upon the success of this operation. In the coming months, TF Talon will continue to work with ANSF to increase their capacity for securing the people and Afghan government efforts in Chak.

“The operation demanded a lot of the paratroopers, [noncommissioned officers] and officers involved,” said U.S. Army Maj. Damien Fosmoe, the TF Talon operations officer from Davenport, FL. “But it was a great feeling to see the professionalism with which the officers, NCOs, and troopers developed, rehearsed and executed a complex and dangerous mission on such short notice, as if it was routine.”

“The operation was a team endeavor, and could not have succeeded without the efforts of all involved,” Fosmoe said.

The results were felt by the enemies of the Afghan government. A senior insurgent leader in Wardak Province and several of his subordinates were killed during the first day of the operation. 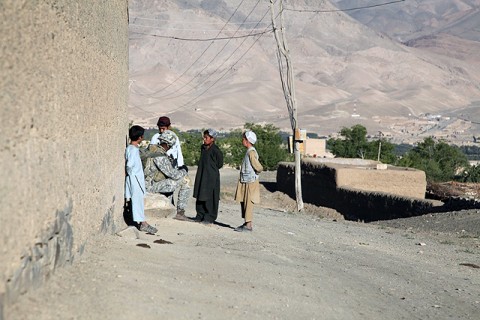 “It is one of those things that we came in, secured key locations and fought it out with the insurgents without backing down,” said U.S. Army Sgt. Bradley Mora, a native of Las Vegas and squad leader with 3rd Squad, 2nd Plt., Attack Co. “They have to realize we can and will go into any area in this country and defend the Afghan people’s ability to pursue democracy.”

“This operation is served as another reminder that I am extremely fortunate to find myself in the company of the best our nation and that of Afghanistan has to offer,” said U.S. Army Capt. Kevin Ward of River Forest, IL, Attack Co. commander. “I am humbled by the bravery, endurance and abilities of the men of Attack Co., the attached 2nd Plt. from Battle Co., and our partnered Afghan forces. Down to the lowest level, every member of our element faced extreme danger with no reservation or hesitation. With the unmatched dedication and effort of Soldiers and leaders such as this, there is no mission too difficult and no opposing force that can stand against them.”

ANSF and coalition forces have worked together in missions such as this to strengthen resolve throughout Wardak, securing the area and inflicting losses for insurgents.