Nashville, TN – Tennessee performs well in providing adult literacy services compared to other states with similar funding levels, according to a new report released today by the Comptroller’s Offices of Research and Education Accountability. The report reviews the services that Tennessee and other states provide for adults who lack basic skills.

Tennessee is in the top third of states ranked according to numbers and percentages of individuals between the ages of 18 and 64 with less than a high school diploma. Like all states, Tennessee is able to serve only a small portion of the population that could benefit from adult education.

Tennessee performs well in comparison to other states with similar and somewhat higher state funding, enrolling about 7.25 percent of its target population in adult education classes—better than about half the other states. For eight of the last 10 years, the state has received incentive awards from the federal Office of Vocational and Adult Education for meeting or exceeding its adult education goals. 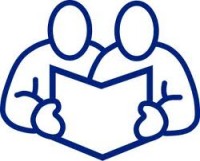 Although most states administer adult education through their Departments of Education, Tennessee’s program was moved to the Department of Labor and Workforce Development in 1999 to better align the program with workforce needs.

To view the report online, go to: www.comptroller1.state.tn.us/OREA/