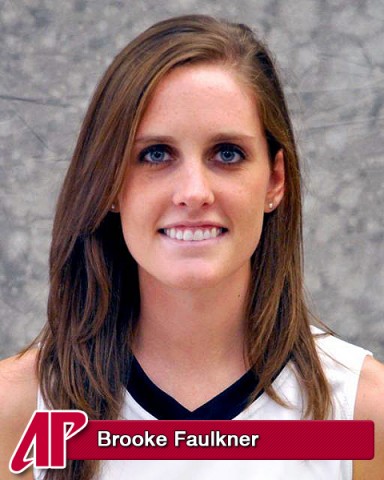 Faulkner scored 20 points and handed out four assists in APSU’s first-round victory against Murray State. She followed that with 16 points and seven rebounds in a quarterfinal victory against Eastern Illinois. Faulkner closed the tournament with seven points, four rebounds and three assists in Austin Peay’s semifinal loss to Tennessee Tech.