HomeNewsMan out on Bond for Theft has New Warrants on file for...
News

Clarksville, TN – Clarksville Police are looking for Nicholas Jeffrey Hull (W/M, DOB: 10/6/89) who has been out on Bond from jail since September 13th, 2011 for Theft of Property.

Hull has two new Felony warrants on file for Theft of Motor Vehicles. 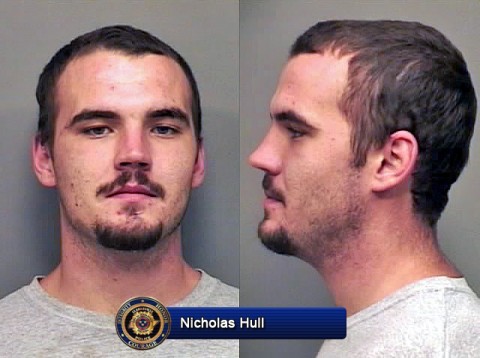 Hull also sold a 1992 Dodge van to a man that specializes in salvaging scrap metal for $300.00. The man who bought the vehicle became suspicious, tracked down the van’s owner, and found out that it was a church van which had been stolen from the church’s lot on September 28th. The van’s estimated value is $1,300.