HomeNewsTornado Watch in effect for the Clarksville Montgomery County area until 6:00am
News

Tornado Watch in effect for the Clarksville Montgomery County area until 6:00am 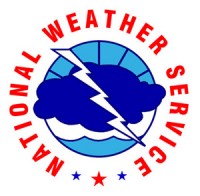 A significant severe weather outbreak is possible in Middle Tennessee tonight and conditions will favor the development of isolated tornadoes. Vigilance is advised overnight.

Early tonight, a line of thunderstorms, some severe, was pushing across Eastern Arkansas. The National Weather Service in Little Rock, Arkansas issued tornado warnings for several of these storms and damage to houses and trees reportedly occurred near the town of Fordyce, Arkansas.

A strong low pressure system will move into the region tonight. South winds will increase to 20 to 30 mph during the mid to late evening hours with higher gusts expected in the early morning. Wind advisory remains in effect from 6:00pm this evening to 6:00am cst Monday.