A man well known to local law enforcement for Theft, Drugs, and Probation Violations has been arrested again.

Clarksville, TN – On May 18th, 2012, around 8:30am, a witness saw a male enter the front door of a neighbor’s rental property at 948 ½ Clark Street. She called Clarksville Police and was able to provide a detailed description of the suspect, mode of transportation, and the type bags he was carrying.

Through a use of a photo line-up, Police identified Melvin Wayne Archuleta as the suspect and the man who entered the rental property. 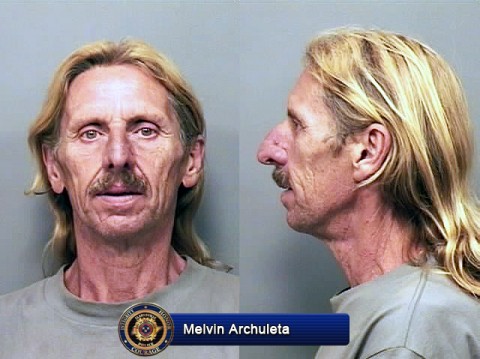 After contacting the property owner, Police were able to ascertain that copper pipe was missing from two apartments as well as a battery charger.

Archuleta was located a short time later and, during an interview with Detective Josh Jobe, admitted to entering the residence through the front door and the location of the bags he had earlier. The bags were found and contained copper pipe, copper wiring, and the battery charger.