The investigation into the robbery by Clarksville Police Detective Josh Jobe has lead to Derek Allen Brown (W/M, DOB: 6/20/77, Given address: Homeless) being identified as the man that robbed Big Lots on Riverside Drive. A photographic line-up was shown to witnesses and they confirmed Brown was the person who robbed the store. 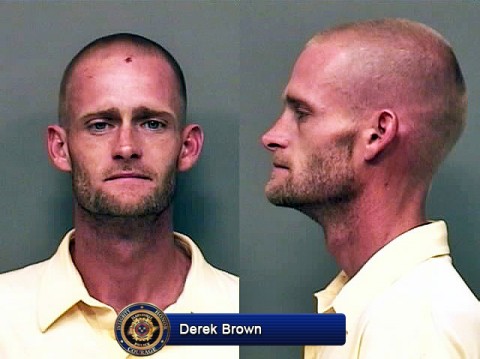 Derek Allen Brown (W/M, DOB: 6/20/77, Given address: Homeless has warrants of file for: Aggravated Robbery and Theft (was already on file).

Anyone with information can call the TIPSLINE, 931.645.8477 or if spotted call 911. He should be considered Armed and Dangerous.