Clarksville, TN – Austin Peay State University’s softball team will begin its final stretch of road games for the 2014 season this weekend, as they travel to Morehead State and Eastern Kentucky for a pair of Ohio Valley Conference doubleheaders.

The Lady Govs come into the weekend looking to right what has been a recent slide, as they have dropped six of their last seven OVC contests, but still find themselves in the eighth spot for a possible OVC tournament berth.

After 42 games, senior Lauren de Castro leads the Austin Peay offensive attack, with a .394 batting average, which includes nine double, a triple and five home runs. She also leads the team with 25 RBI and 21 runs scored.

Senior Kayla Davidson has also seen her numbers rise in the second half of the season, coming in with a batting average of .282 – with 10 doubles, a triple and three home runs. She had driven in 24.

Sophomore Mel Pavel has also posted a solid campaign, with a .278 batting average, six doubles, a home run and 20 runs driven in. 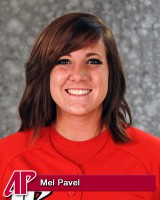 Morehead State, who ended a 12-game losing streak on Wednesday, is led at the plate by Katie Raile – who enters the matchup batting .304 with five doubles, a triple and five home runs. She has driven in 21 runs.

In the circle, de Castro tops the Austin Peay pitching staff with a 12-10 win-loss record and a 3.23 ERA. She also has 85 strikeouts in 128 inning of work this season. 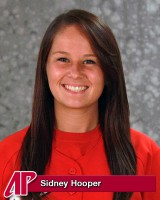 Morehead State has four pitchers that have seen actin this season, but Megan Tymorey (4-12, 5.94 ERA) and Tanna Seuferer (4-13, 5.97 ERA) have by far thrown the more innings for the Eagles.