That group includes the Lady Govs top five in both scoring and rebounding. Despite the large number of returnees, the projected APSU starting five includes one senior, two juniors and two sophomores – still a relatively young squad.

APSU’s offense showed signs of strength against the two smaller opponents, making more than 50 percent of its shots and averaging 88.5 points per game. However, the Lady Govs defense continued to be a concern, allowing Martin Methodist to score 60 points in the first 32 minutes before stiffening in the final 8 minutes to escape with a victory.

Friday’s contest is one of just two Austin Peay will play at home in the season’s first seven games. After a trip to Evansville, Sunday, the Lady Govs return home to face Grand Canyon, November 22nd, before starting a four-game road trip.

About the Wright State Raiders 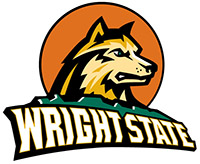 Wright State was picked to finish second in the Horizon League preseason poll, behind perennial favorite Wisconsin-Green Bay… The Raiders finished second in the 2013-14 regular-season race, but upset regular-season champion Green Bay to earn their first-ever NCAA Tournament berth, losing to Kentucky in the opening round.