HomeArts/LeisureKentucky Author writes "Gravity" a book about the History of a Tennessee...
Arts/Leisure

Bridgeville, PA – Red Engine Press is proud to announce the release in trade paperback and Kindle format of Gravity by Kentucky author Beth Underwood a powerful account in the spirit of bestselling narrative nonfiction author Eric Larson of a Tennessee Army National Guard unit’s bitter combat experience in the Triangle of Death in Iraq. 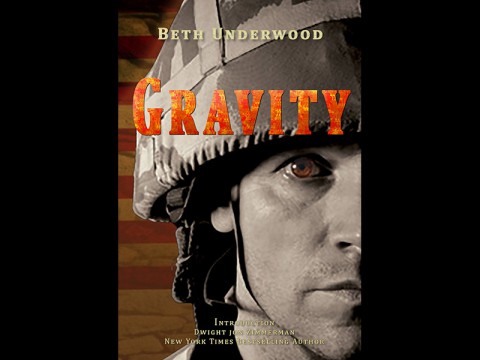 Abruptly taken from their homes by the deteriorating situation in Iraq, the Tennessee Army National Guard’s 278th Armored Cavalry suddenly finds itself in the center of a bull’s eye in the most dangerous part of Iraq, the Sunni Triangle—known to the military forces as the Triangle of Death.

Ill-trained for the urban war that confronts them and surrounded by an enemy indistinguishable from ordinary civilians, these civilian-soldiers find themselves using the skills they’ve learned in their civilian jobs in an attempt to restore order in the growing chaos surrounding them, knowing that if they fail it is not just their comrades, but also their neighbors, who will die.

#1 New York Times bestselling author Dwight Jon Zimmerman called Gravity “a page-turner! Underwood’s research with the men and families from the unit is top-notch. Gravity is the heir to Eric Larson’s bestselling Dead Wake: The Last Crossing of the Lusitania. Gravity is a high-powered narrative history of citizen soldiers put to the ultimate test.”