Nashville, TN – The Tennessee Bureau of Investigation has a new addition to the state’s Top Ten Most Wanted list, Bryan James Cooke of McMinnville, TN.

Bryan Cooke is wanted by the Tennessee Bureau of Investigation and the Warren County Sheriff’s Department.

On June 29th, Gail and Gary Dodson were found deceased in their residence in Warren County. They were discovered after employees at their restaurant were concerned when they did not show up for work. 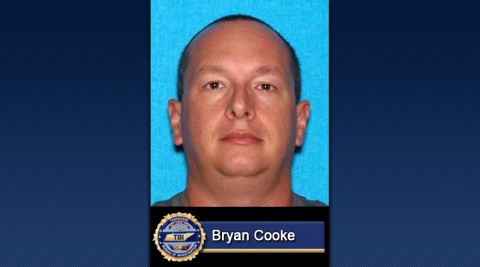 Cooke is wanted on two counts of Criminal Homicide in connection with their deaths.

Cooke, 39, is a white male with brown eyes and brown hair. He is 5 feet 11 and weighs 220 pounds. He should be considered armed and dangerous.

Cooke is driving the Dodsons’ 1997 white Jeep Cherokee with Tennessee license plate K7245V and may be traveling to either Florida or Michigan.