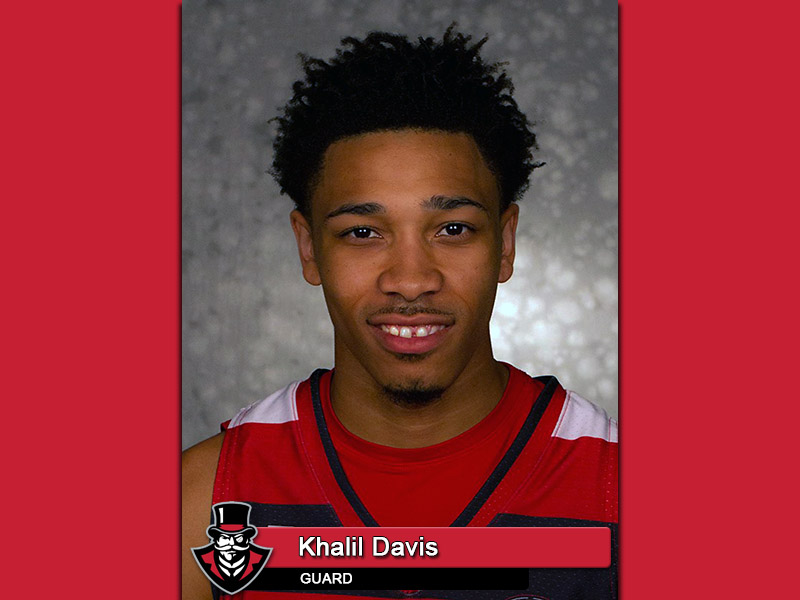 The award shines a spotlight on a select group of student-athletes who have shown dedication to service in their respective communities.

In its fourth year, the Allstate NABC and WBCA Good Works Teams® recognize players at all levels of college basketball who have made outstanding contributions in the areas of volunteerism and civic involvement. 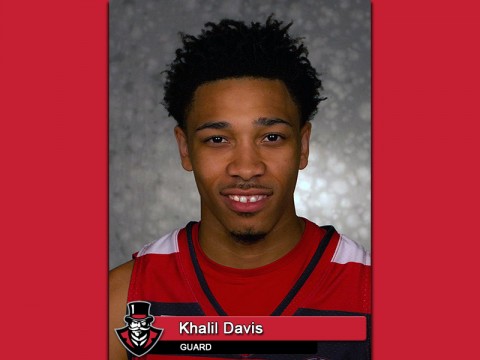 From establishing nonprofits that provide youth with the necessary tools to become leaders of tomorrow, to raising awareness around pertinent issues that could save lives, these student-athletes exhibit leadership skills both on and off the court.

A senior captain, Davis holds a 3.2 grade-point average in health and human performance.

The Kansas City native has been a part of several Governors basketball community initiatives: he and his teammates weekly work with the respective fifth-grade classes at Liberty Elementary school; interact every Tuesday, including aiding with physical education classes, at The Child Learning Center on the APSU campus; interacted with youth from the Clarksville Cystic Fibrosis Association; packed meals for the homeless at Manna Café and was part of the University’s Splash Dance that raised funds for Vanderbilt Children’s Hospital.

“The 2016 Allstate NABC and WBCA Good Works Teams® nominees are truly inspirational and their stories of service are a great example of the impact young people can make by dedicating their time and energy to do good,” said Thomas Clarkson, president of the west territory for Allstate Insurance Company and a member of the 2016 NABC and WBCA Good Works Teams® selection panels. “For the fourth year, Allstate is honored to join the NABC and WBCA to recognize these student-athletes for their leadership off the court to help make a difference.”

The 154 NABC nominees and the 103 WBCA nominees were submitted by sports information directors and college basketball coaches across the country. From the nominations, special voting panels, headlined by former Duke University basketball athlete, two-time NCAA® champion and seven-time NBA All-Star Grant Hill, and former University of Tennessee basketball athlete, NCAA champion and WNBA legend Tamika Catchings, will select two 10-member teams comprised of five student-athletes from the NCAA Division I level and five student-athletes from Divisions II, III and the NAIA. The final roster of 20 award recipients will be unveiled in February.

“The Allstate WBCA Good Works Team® is a nationally recognized award that continues to honor an impressive group of student-athletes who strive to better our society through service efforts.  The WBCA family of coaches celebrates all the women’s and men’s basketball student-athletes who demonstrate a respect for the power of sports coupled with the responsibility to give back to others,” said WBCA Executive Director Danielle Donehew. “The WBCA is proud to partner with Allstate and commends the recognition of these remarkable student-athletes for their significant humanitarian contributions.”

Members of the Allstate NABC Good Works Team® will be invited by Allstate, an official corporate partner of the NCAA, to the 2016 NABC Convention and 2016 NCAA Men’s Final Four® in Houston, where they will participate in a community service project benefitting the city. Members of the Allstate WBCA Good Works Team® will be recognized during the 2016 WBCA Convention and at the 2016 NCAA Women’s Final Four® in Indianapolis, and will also participate in a local volunteer project. Allstate is an official corporate partner of the NABC, WBCA and NCAA.

“Once again as we have a record number of nominees for the Allstate Good Works Teams, it’s very evident that our men’s and women’s student-athletes in college basketball are unselfish and unwavering in their commitment to service,” said Jim Haney, executive director of the NABC. “From global initiatives in third-world countries to feeding the hungry and sheltering the homeless around their own communities, these young men and women are very deserving of the recognition that Allstate provides with this exemplary program.”

Since 2008, Allstate has partnered with the American Football Coaches Association (AFCA) as a sponsor of the Allstate AFCA Good Works Team®, which shines a spotlight on the positive, off-the-field impact college football student-athletes have on their communities.