Nissan Stadium to Host a Doubleheader Featuring the USA, England, Germany and France 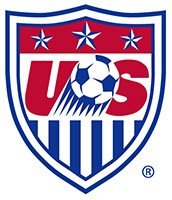 Chicago, IL – U.S. Soccer will host an elite, four-team international tournament featuring four of the top five ranked women’s national teams in the world as England, France and Germany join the USA for the SheBelieves Cup to be held from March 3rd-9th at three venues in the southeastern United States.

The SheBelieves Cup underlines U.S. Soccer’s continued commitment to investing in the growth of women’s soccer, and will be the globe’s premier women’s soccer tournament staged in advance of the 2016 Summer Olympics in Rio de Janeiro.

Conceived and developed by the USWNT players, #SheBelieves is a movement to inspire young girls and encourage them to accomplish all their goals and dreams, athletic or otherwise.

The campaign launched in the run-up to the 2015 Women’s World Cup and has grown since then as the team and its fans have taken its powerful message into their communities.

The SheBelieves Cup is a showcase event for the campaign, which will continue to spread its positive message to young women and girls.

The USA’s hosting of the 2016 SheBelieves Cup, which will be the top four-nation women’s international tournament in the world this year, means the U.S. Women will not attend the Algarve Cup in Portugal, an annual spring tournament it has attended for the past 18 consecutive years and 20 times overall.

The USA’s first match against England will be broadcast on FS1, and its following two games against France and Germany will both be broadcast on ESPN3. None of the non-USA matches are scheduled to be broadcast at this time.

Tickets for all three doubleheaders go on sale to the public Friday, January 15th, at 10:00am local time through ussoccer.com, by phone at 1.800.745.3000 and at all Ticketmaster ticket centers in the local venue areas. [Note: Tickets are not sold at either Raymond James Stadium or FAU Stadium except on the day of the event.

Groups of 20 or more can obtain an order form at ussoccer.com. Ultimate Fan Tickets (special VIP packages that include a premium ticket, a custom-made official U.S. National Team jersey with name and number, VIP access to the field before and after the game, and other unique benefits) are available for the Nashville event only, exclusively through www.ussoccer.com

U.S. Soccer will also offer a four-day Girls Fantasy Camp around the second set of matches during the tournament. The Camp will be held in Nashville, Tennessee from March 4th-7th and is open to girls born in 2001, 2002 and 2003.

The Camp is a fundraiser to support U.S. Soccer development initiatives and includes a tax-deductible donation. For more information and to register, contact .

The winner of the tournament will be based on total points (three for a win, one for a tie), with the first tie-breaker being overall goal difference, followed by most total tournament goals scored, then head-to-head result and lastly, FIFA Ranking if necessary.

The USA is currently first in the FIFA Women’s World Rankings. Germany is ranked second, France is third and England is fifth. The USA, Germany and England all advanced to semifinals of the 2015 FIFA Women’s World Cup with Germany beating France in a quarterfinal penalty kick shootout to earn its spot in the last four.

“When I took this job, one of my main objectives was to play the best teams in the world during our preparation periods and you can’t ask for better matches,” said Ellis. “This is another sign of U.S. Soccer’s dedication to the women’s game to organize a tournament like this, which will bring some of the world’s best teams and players to the USA. To get the chance to play these great teams on home soil is a treat for our fans and extremely valuable in the further evolution of our team. These are the kinds of games where you get tested all over the field and can really evaluate players and learn a lot about ourselves.”

The meeting with England will be the first since the USA’s narrow 1-0 victory in Milton Keynes, England in early February of last year that sparked a 24-game unbeaten streak which included the run to the World Cup title.