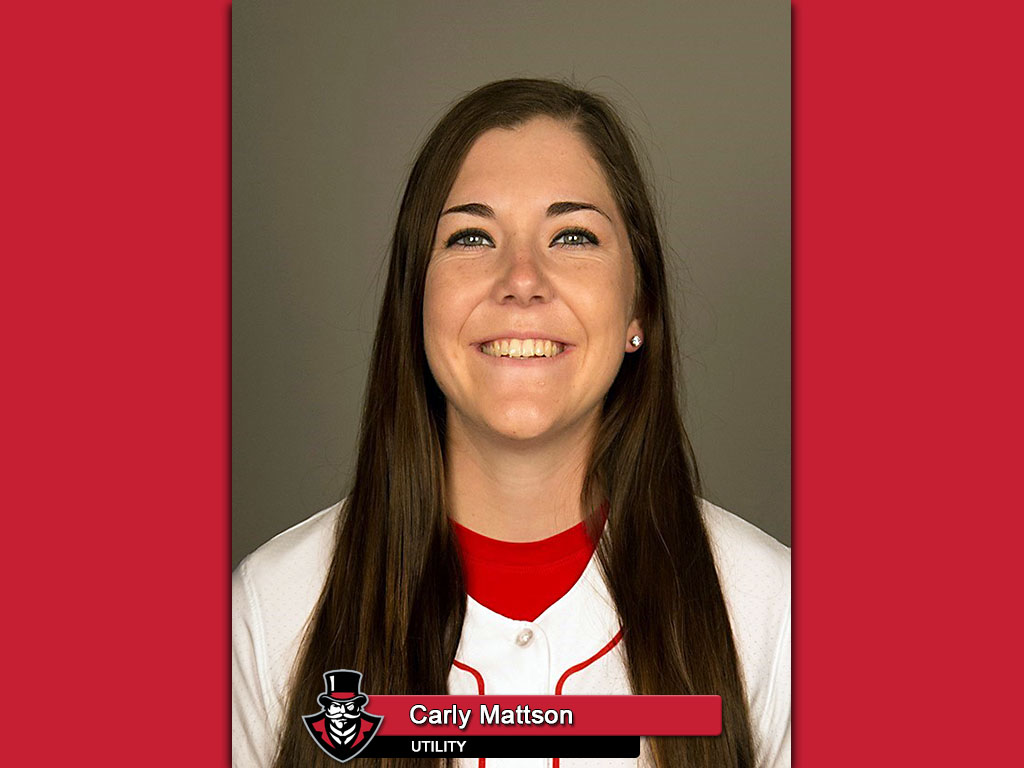 Clarksville, TN – Sophomore catcher Carly Mattson, of the Austin Peay State University softball team, has been named the Copies in a Flash APSU Athlete of the Week.

The McHenry, IL native was white-hot at the plate this past weekend collecting hits in all four games at the Phyllis Rafter Memorial Tournament, in Kennesaw, GA, finishing with a .615 batting average, a 1.462 slugging percentage and a .615 on-base percentage. 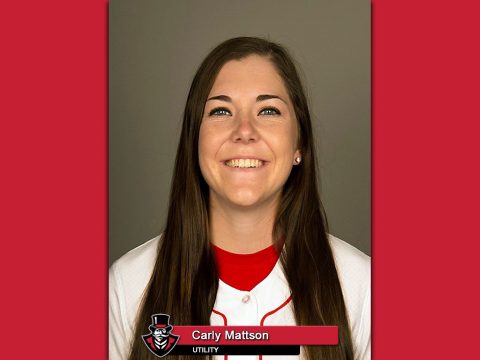 Included among her eight total hits this past weekend were two doubles and three home runs – which also included a school single-game record-tying two home run effort versus Kennesaw State on Saturday.

Mattson also scored five times, collected six RBIs and stole a base; while handling 14 chances on defense without an error.

For her efforts, Mattson earned adidas®/Ohio Valley Conference co-Softball Player of the Week honors, the 10th Governor to earn that distinction and first since Chandler Groves (March 30th, 2015).