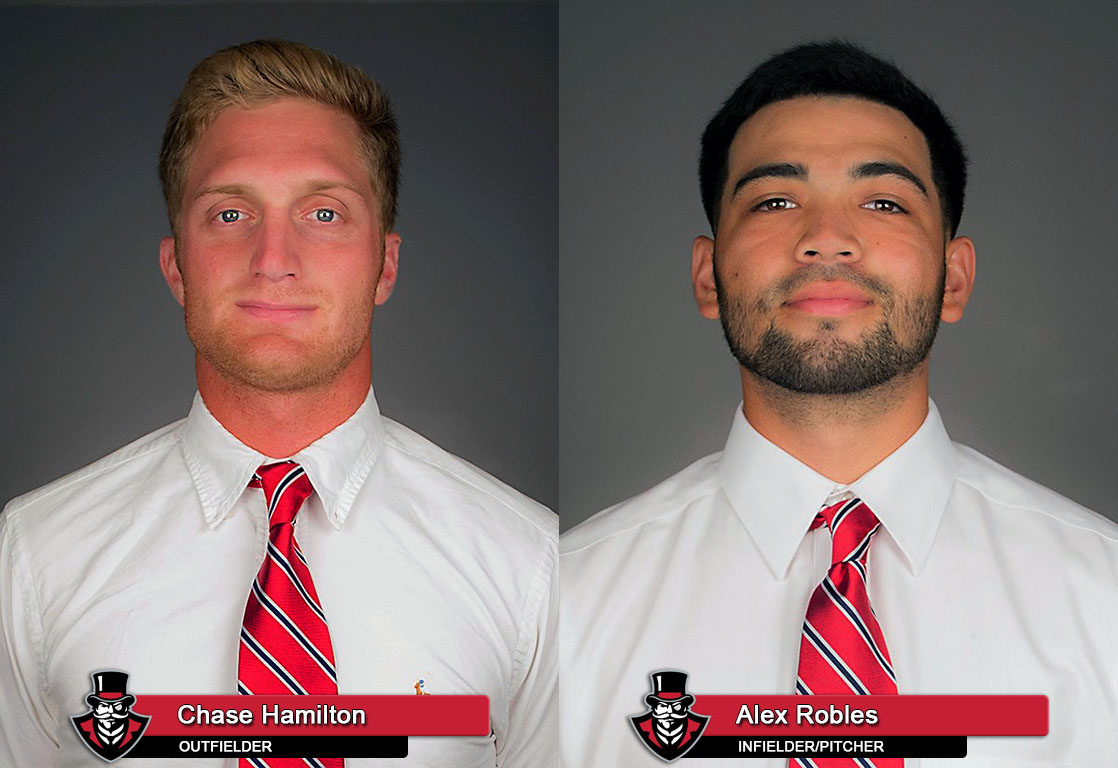 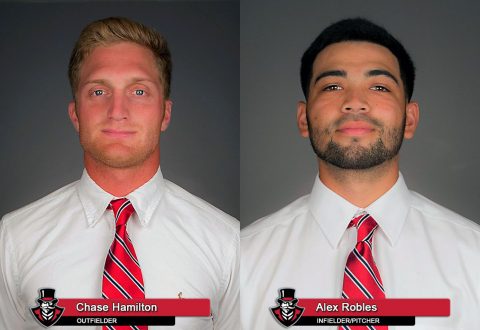 Hamilton had seven hits in the Govs four games, six of those going for extra bases – two doubles and four home runs.

He hit home runs in back-to-back at-bats in the Govs victory against Jacksonville State, Thursday, with his ninth-inning shot providing the eventual game-winning run.

Hamilton’s final home run of the championship, a solo shot against Belmont, was the 37th of his career, tying Austin Peay’s career home run record.

The Arlington, Tennessee native’s.467 (7-for-15) batting average was second among APSU hitters and he led the team with an impressive 1.400 slugging percentage. Hamilton led the Govs with a 4-for-5, three RBI performance in the Jacksonville State win.

Robles led the Govs with eight hits during the championship, batting a team-best .471. He went 4-for-4 in the Govs loss to Morehead State, Wednesday, including his RBI single in the fourth that provided APSU its first run of the contest. Robles also made two relief appearances during the tournament, notching a save in Austin Peay’s opening-day win against UT Martin.