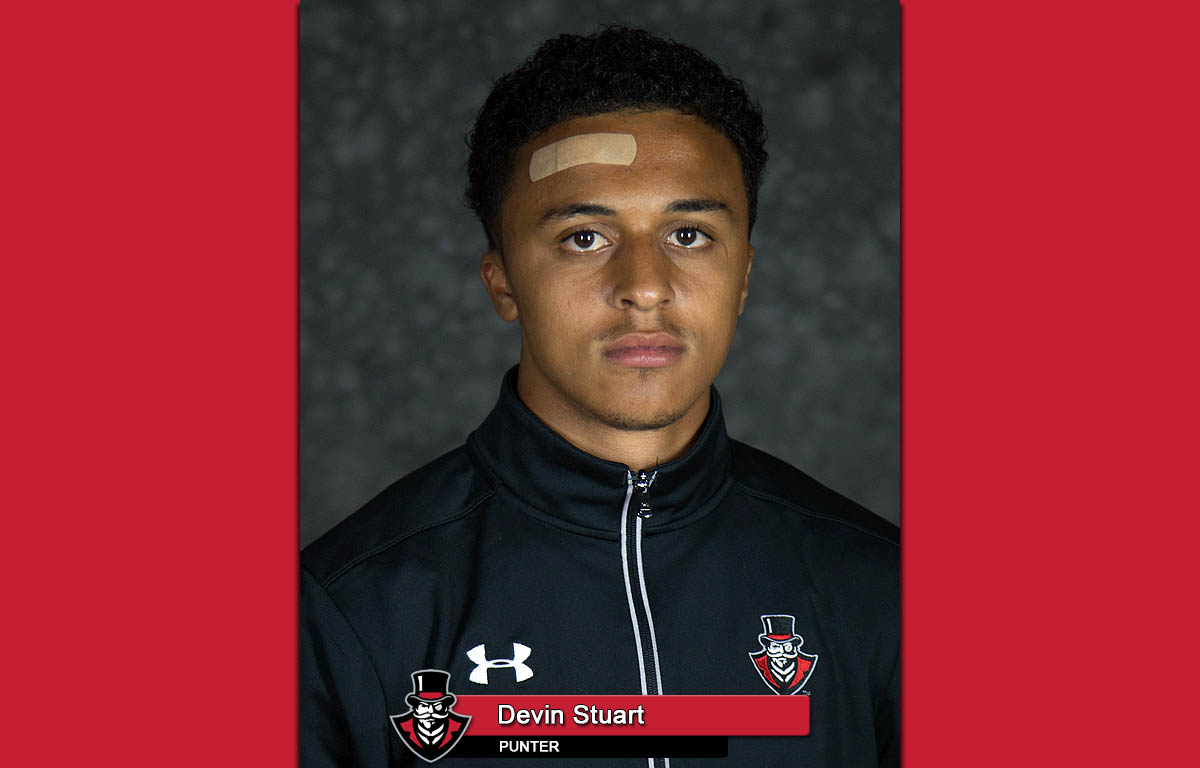 Clarksville, TN – Sophomore punter Devin Stuart, of the Austin Peay State University football team, has been named the Copies in a Flash APSU Athlete of the Week.

The Kingsport, Tennessee native put fourth-ranked Jacksonville State on their heels time and again last weekend, reversing field on one of the Ohio Valley Conference’s most potent on multiple occasions. On seven attempts, he averaged 48.3 yards per punt—best in the Ohio Valley Conference this season and second-highest in program history—including three 50-yard boots and two inside the Gamecock 20-yard line. 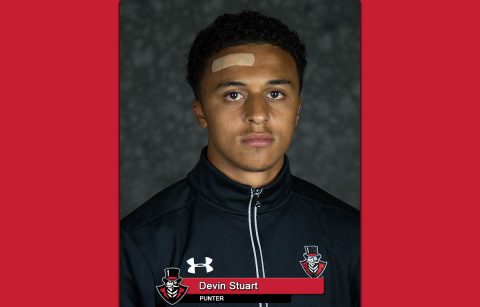 In the third quarter, Stuart’s game-high 53-yard punt was downed on the one-yard line, one of two downed on the Gamecock one during the contest.