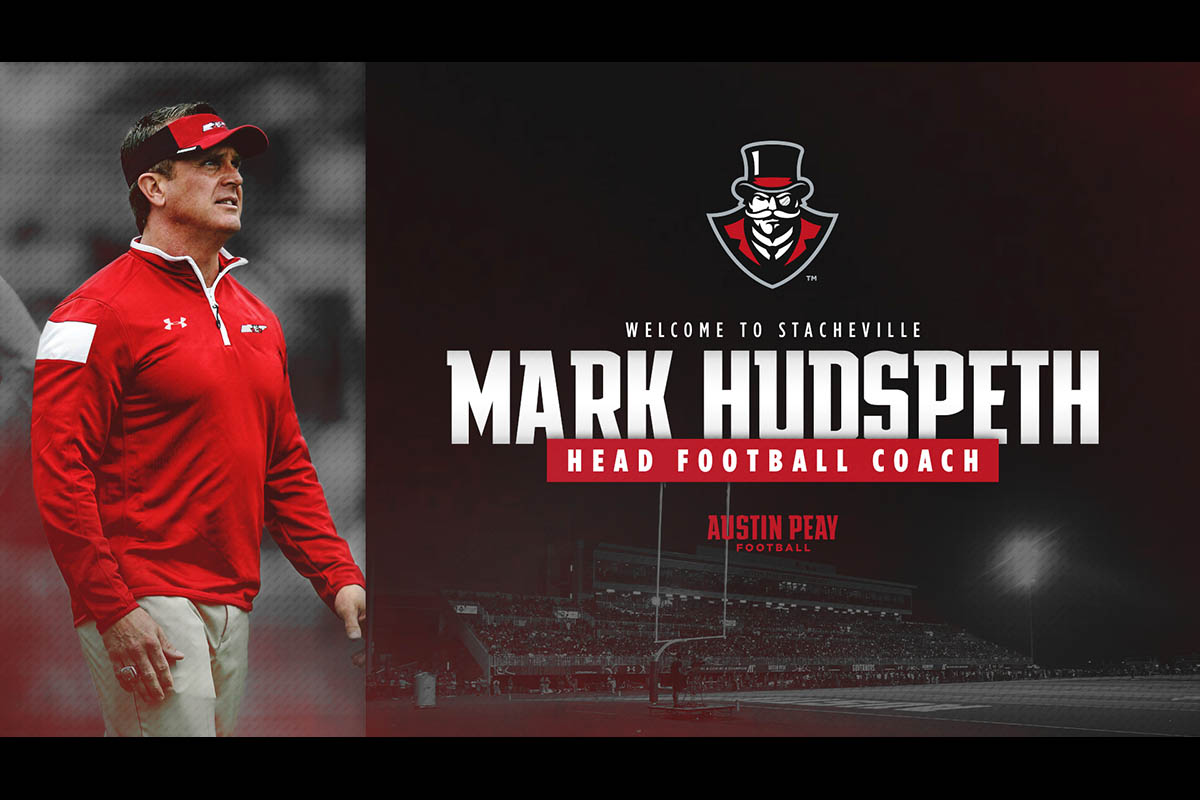 A press conference introducing Hudspeth as the head coach is scheduled for 2:00pm, Wednesday, December 12th, inside the Dunn Center. He will also be introduced at halftime of the men’s basketball game against Purdue Fort Wayne, Saturday, December 15th. 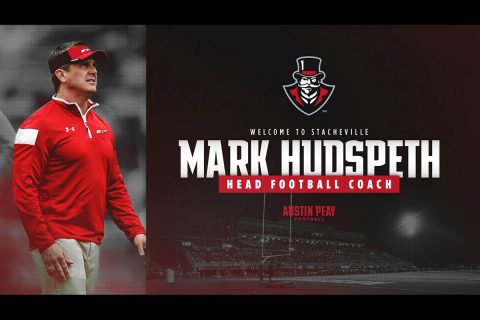 “We are beyond excited to welcome Mark, Tyla and the entire Hudspeth family to Austin Peay and Stacheville!” Harrison said. “Mark has achieved success at almost every level of football and I have no doubt he is the right person to lead the Governor football program. Within minutes of meeting Mark, I knew he understood the importance of enthusiasm, was committed to the Total Gov concept, and of course, understood our expectations of winning with class.”

Hudspeth comes to Austin Peay after spending the 2018 season as the associate head coach and tight ends coach at Mississippi State. The Bulldogs finished the regular season 8-4 and ranked No. 18 in the College Football Playoff poll.

Hudspeth has 16 years of head coaching experience at the FBS, NCAA Division II and high school levels, and his teams went a combined 142-60 with him at the helm.

“I want to thank Gerald, President White and all of the Govs family for giving me this incredible opportunity to be the head football coach at Austin Peay,” Hudspeth said. “There is a special group of young men that have established a winning culture here, and I’m eager to get on the field with them and begin working to achieve new heights together.”

The 2013 Ragin’ Cajuns were co-Sun Belt Champions after finishing tied atop the regular-season standings, and finished in the top three of the conference standings in each of his first four seasons.

In total, 47 players earned All-Sun Belt honors during Hudspeth’s tenure, and three players – Alonzo Harris (2011), McGuire (2013) and Joe Dillon (2016) – were each named as the league’s Freshman of the Year, with McGuire and Dillon also earning Freshman All-America honors.

Six players from Hudspeth’s Louisiana teams were selected in the NFL Draft, including Tracy Walker, who went 85th overall to the Detroit Lions in the 2018 NFL Draft – the first player from Louisiana selected in the Draft’s first three rounds since 2011.

Prior to turning around a Louisiana program that was 3-9 before his arrival, Hudspeth made his first coaching stop in Starkville, serving as the passing game coordinator and wide receivers coach at Mississippi State for two seasons (2009-10). During his tenure, he tutored wide receiver chad Bumphis, who would go on to set the MSU record in career receiving yards.

Hudspeth had tremendous success as head coach at then-NCAA Division II North Alabama, leading the Lions to a 66-21 record in seven seasons (2002-08). During his time at the helm of the program, UNA won two Gulf South Conference championships and competed in the Division II Championship five times.

In 2005, the Lions went 11-3 and advanced to the national semifinals for the second time in three seasons. The 2006 campaign saw even greater success, as Hudspeth led the team to an unblemished conference record and another Gulf South Conference championship and national semifinal appearance. After finishing the season 11-1, Hudspeth was again named Gulf South Coach of the Year and NCAA Division II Region 2 Coach of the Year.

Ultimately, the Lions won double-digit games in four consecutive seasons: the 2007 squad finished 10-2 and made the nation quarterfinals, and the 2008 team went 12-2, and made a third appearance in the national semifinals under Hudspeth.

Hudspeth earned a bachelor’s degree in health and education from Delta State in 1992. A four-year letterwinner, he was a starting safety as a junior before moving to starting quarterback in his final season. He began his coaching career as a graduate assistant at Central Arkansas and earned a master’s degree in secondary school administration from UCA in 1993.

Hudspeth’s first full-time coaching position came at Nicholls State, where he served as wide receivers and tight ends coach in 1994 and running backs coach in 1995.

He returned to his high school alma mater – Winston Academy in Louisville, MS – in 1996, and led the program to a 25-1 record in two seasons after it had just one win in the two years prior to his arrival. He led the 1997 squad to the Mississippi Private School Association Class A state title.

Hudspeth is married to the former Tyla McConnell and is the father of four sons: Gunner, Captain, Major and Rocky; and one daughter, Carley.