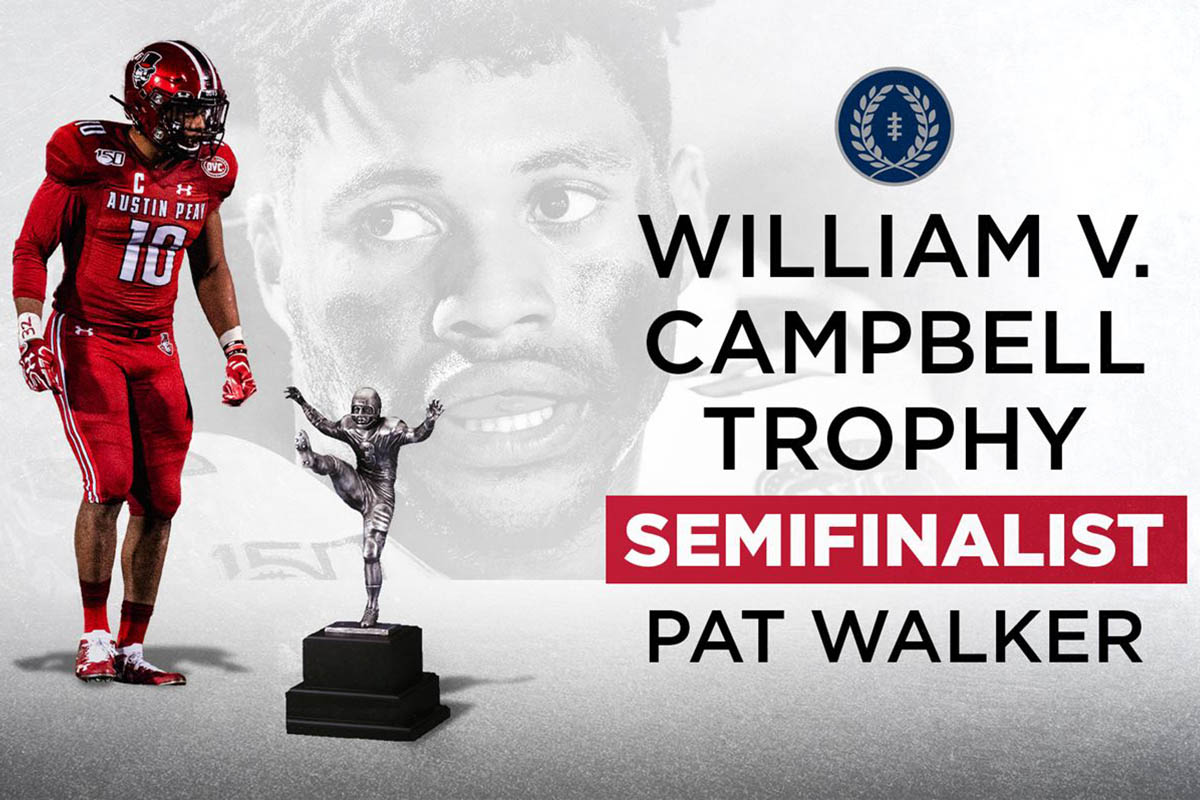 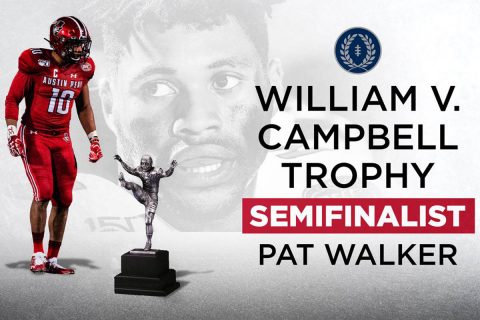 The William V. Campbell Trophy recognizes an individual as the best scholar-athlete in the nation. The award is named after Bill Campbell, former chairman of Intuit, former player and head coach at Columbia University and the 2004 recipient of the NFF’s Gold Medal.

Walker is a two-year starter for the APSU Govs at linebacker since arriving from East Central Community College; this season, he has taken on a more prominent role with the departure of Gunnar Scholato and ranks second on the team with 25 tackles through four games, with a team-high 3.5 tackles for loss.

He recorded 53 tackles as a starter on the weakside a year ago and now needs just 22 tackles for 100 in his Austin Peay State University career.

Walker already has one degree from Austin Peay State University, earning his bachelor’s in Health and Human Performance with a 3.49 GPA; he’s now back for a second degree in Education. He’s been a two-time Dean’s List honoree and a two-time member of the AD’s Honor Roll.

In the community, he spends each Friday during the school year helping at the on-campus food pantry. He also has helped with service events at Burt Elementary School, Mana Café and in Lincoln Homes.