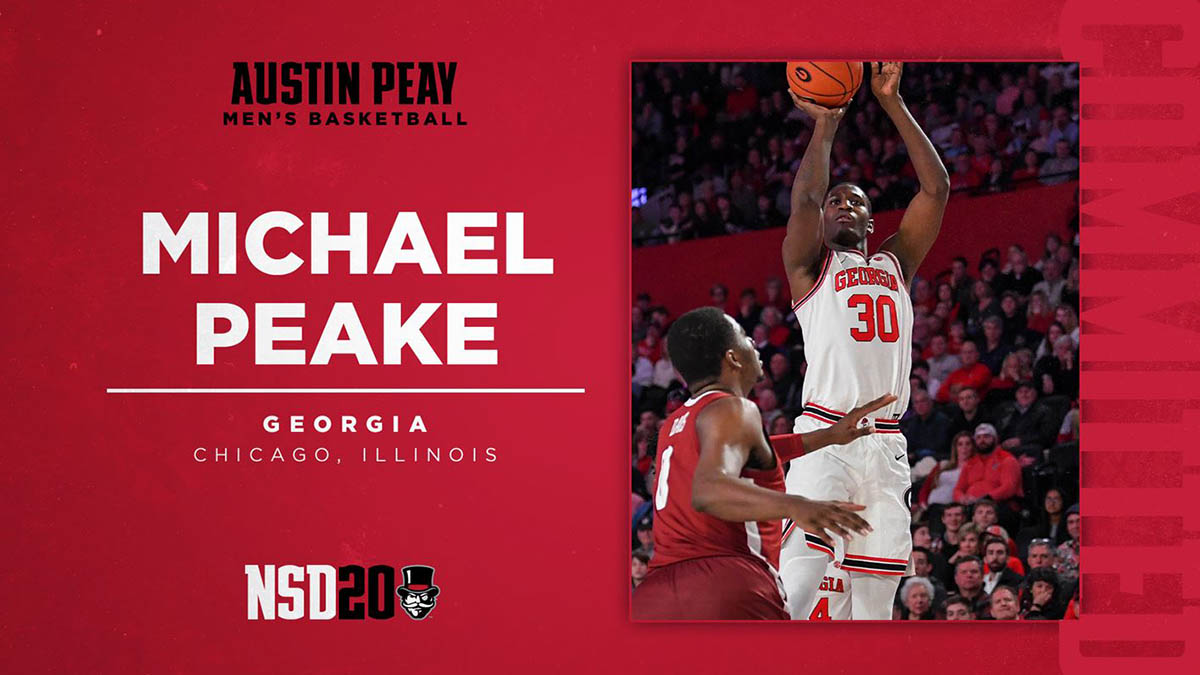 Clarksville, TN – A second skilled big with high-major experience is coming to Austin Peay State University (APSU) men’s basketball, with Mike Peake, who spent his freshman season at Georgia, the latest addition to the APSU roster for the 2020 year. 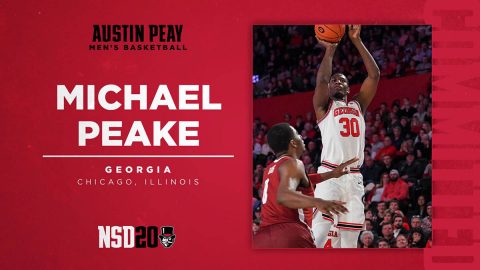 A Chicago native, Peake made 24 appearances for the Bulldogs as a freshman, averaging 2.3 points and 2.0 rebounds in nine minutes per game.

The Govs themselves are familiar with Peake’s work; he scored four points, snagged four rebounds and added a blocked shot in 10 minutes against the Govs on December 30th, 2019 in Athens, GA.

Peake’s prep days included consensus All-State honors as a senior at Blue Valley Northwest (Kansas) High School as a senior, where he averaged 13.2 points and 8.5 rebounds for a team that cruised to a Kansas Class 6A title. Peake hit 66 percent from the floor as a senior and posted a 17-point, 10-rebound effort in the title game.

He spent the previous two seasons at Northeast Kansas City, where he moved following a freshman season in his native Chicago; he averaged 18 points and 10 boards as a junior to earn Kansas City Interscholastic Conference MVP.

Prior to signing with Georgia, Peake was considered a consensus three-star prospect by the 247sports.com composite and rivals.com. He also played on the Nike EYBL circuit with MoKan Elite, alongside current Govs Carlos Paez and Corbin Merritt.

“He brings a lot of energy,” said Austin Peay State University head coach Matt Figger. “He takes pride in defense. He came from a winning program in high school and he played on one of the best Nike EYBL teams in MoKan. He’s an experienced winner and has the experience of playing in the SEC, especially as his minutes increased down the stretch. He has legit size that played well in the SEC.”

Peake’s addition brings APSU’s size quotient for the upcoming season into focus; between he, Oklahoma transfer Corbin Merritt, Ibrahima Jarjou and Merdy Mongozi, the Govs have added four players standing 6-8 or taller during this signing period, with talented wings Elton Walker and Tai’reon Joseph on board.