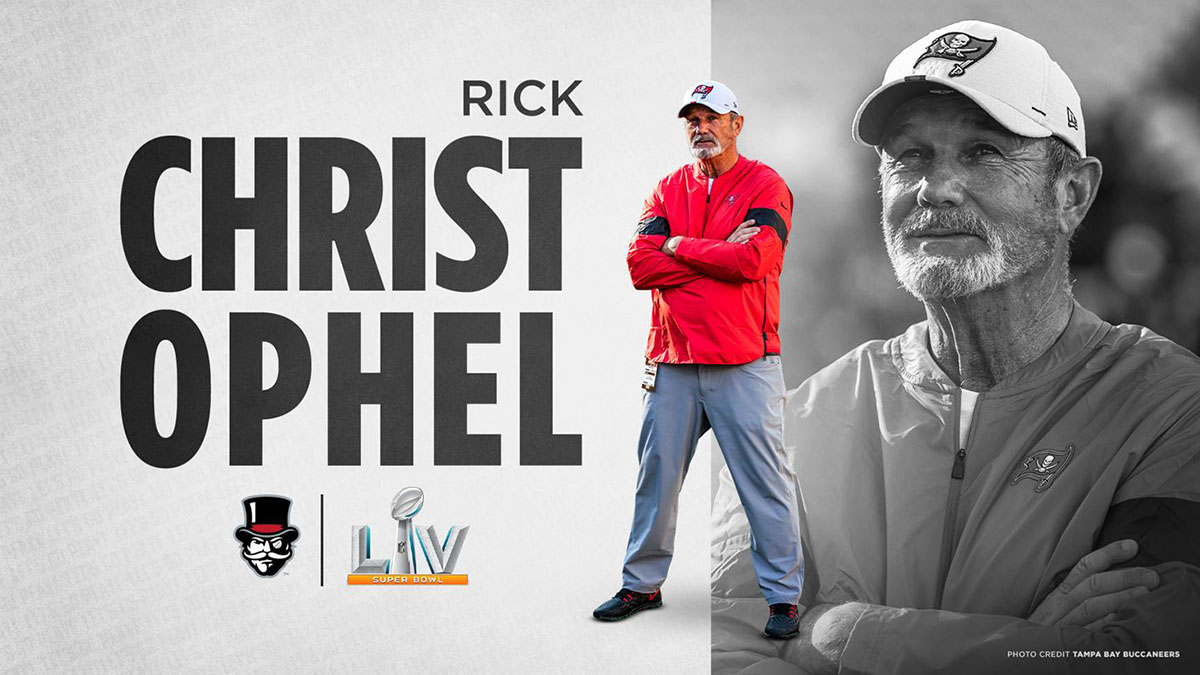 Tampa, FL – When the teams take the field for the Super Bowl this Sunday, Austin Peay State University (APSU) football fans will see a familiar face patrolling the sidelines in the form of alumnus and former head coach Rick Christophel, now tight ends coach for the Tampa Bay Buccaneers.

Christophel, a quarterback (1971-74) and head coach (2007-12) for the Govs, becomes the first Austin Peay State University football alumnus to participate in the Super Bowl. 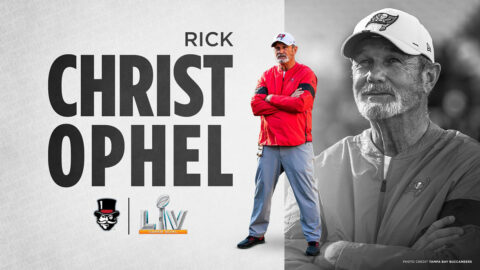 He came out of retirement to join Tampa Bay head coach Bruce Arians after serving on Arians’ staff for the Arizona Cardinals in the same capacity for five seasons (2013-17).

From 1991-94, he worked as an assistant at Mississippi State, where he was a coaching associate of Arians, who was the offensive coordinator from 1993-95.

He is the fourth member of the extended Austin Peay athletics family to have a turn in football’s biggest game.

Governors’ basketball alumnus Percy Howard, a 1975 APSU graduate, is the only Austin Peay State University alumnus to play in the Super Bowl. Late in Super Bowl X, with the Pittsburgh Steelers leading by 11 points with less than two minutes to go, Howard caught a 34-yard touchdown pass from Roger Staubach over Mel Blount, cutting the deficit to four points.

Andre Daniel, a student athletic trainer at Austin Peay State University and graduated in 1998, went to two Super Bowls with the Green Bay Packers as part of an internship program and was a member of the Super Bowl XXXI winning team.