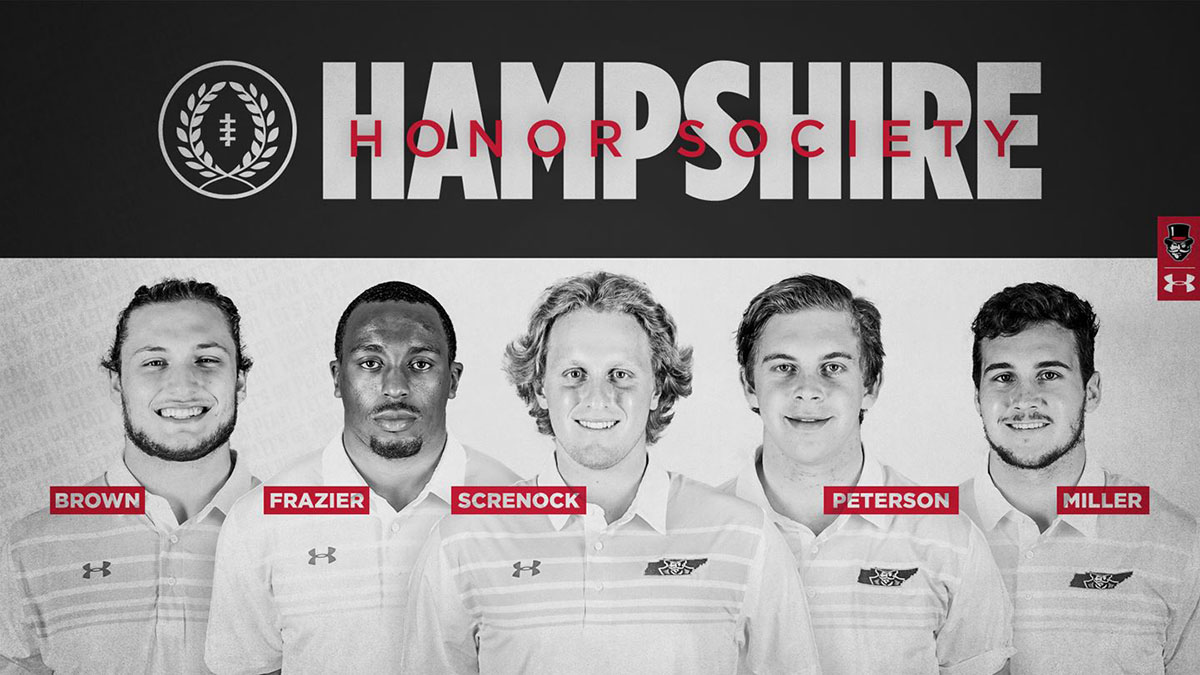 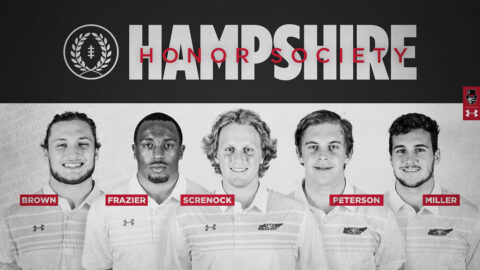 The NFF Hampshire Society recognizes those football student-athletes who completed their eligibility during the 2020-21 season. They must have maintained an undergraduate grade-point average of 3.20, met all NCAA mandated progress toward degree requirements, and were starters or significant contributors on the respective teams.

Brown, of Talbot, Tennessee, had 3.457 grade-point average in applied exercise science. He played in all 15 games of the Govs 2019 championship campaign and caught the first touchdown in APSU postseason history against Furman.

Frazier, of Brighton, Tennessee, compiled a 3.425 GPA in applied exercise science. He saw action twice in both 2019 and 2020 as a defensive back.

Miller, of Odessa, Florida, played two seasons with the Govs after transferring from Mississippi State. He had a 3.548 GPA at Austin Peay while majoring in management and marketing. He played in 12 of the 15 games in 2019 and returned to play in all three games during the fall prior to his December graduation, finishing his career with 31 tackles.

Petersen, from Traralgon, Australia, maintained a perfect 4.0 GPA while majoring in general studies. He played in nine games during the Governors 2019 championship run and returned to play in the fall before completing his degree in December.

Srenock, of Flowery Branch, Georgia, was the Govs long snapper for 20 career games, including all 15 during the 2019 championship season. He was a five-time member of the APSU Dean’s List and earned the OVC Academic Medal of Honor once. Screnock carried a 3.912 GPA while majoring in marketing.

An elite group of 910 players from 255 schools qualified for membership in 2021, the Society’s 15th year. The initiative has now honored 13,077 student-athletes since its inception.

“We are pleased to honor another impressive group of athletes as part of this year’s Hampshire Honor Society,” said NFF President & CEO Steve Hatchell. “For more than a decade, the Hampshire Honor Society has served as a powerful vehicle for schools to recognize their college football players who have distinguished themselves both academically and athletically, and we congratulate the schools and each of these young men for their commitment to excellence in all aspects of their lives.”

The NFF Hampshire Honor Society capitalizes on the NFF’s National Scholar-Athlete program by greatly expanding the number of scholar-athletes the NFF can recognize each year. The program further strengthens the organization’s leadership role in encouraging academic performance by the student-athletes at the 775 colleges and universities with football programs nationwide. The initiative has now honored more than 13,000 student-athletes since its inception.