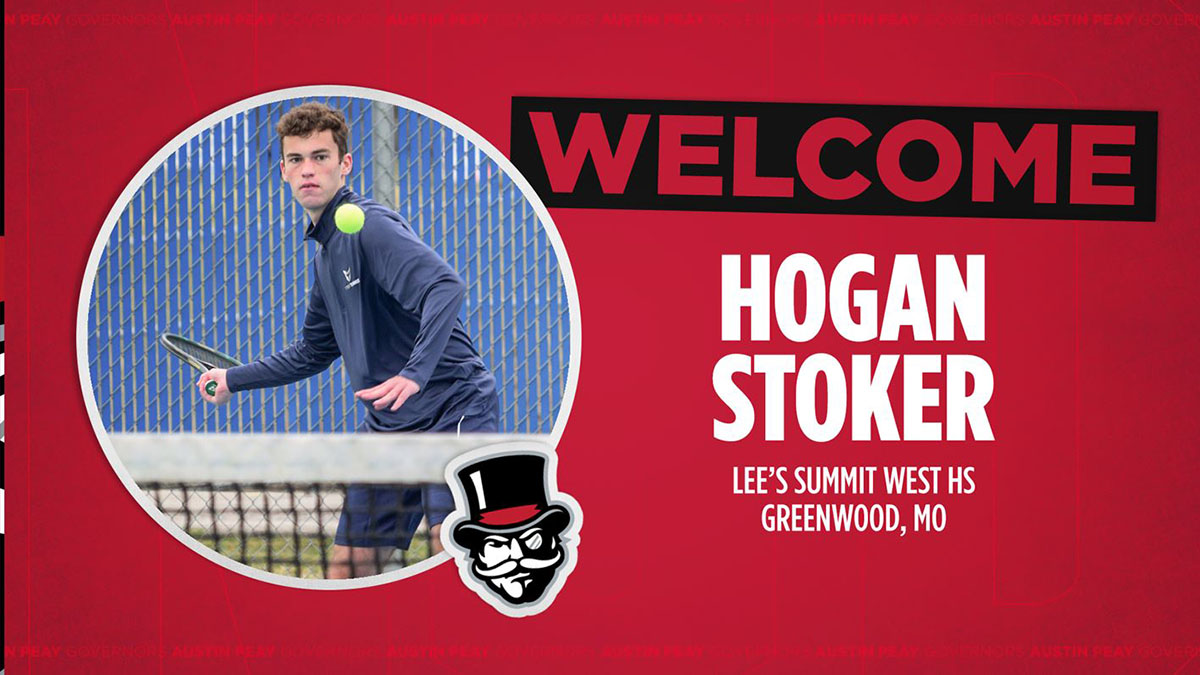 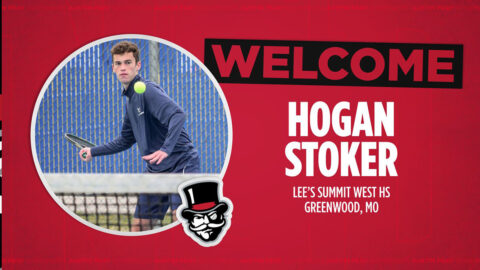 In his senior season, Stoker helped lead the Titans to the 2021 Class 3 District 6 championship and the state tournament as a team.

“Hogan is a motivated young man, both academically and with his tennis,” said Brown. “He has had a successful high school career and has a 4.0 GPA. I see Hogan fitting into our culture extremely well and I believe he will be coachable and a worker. He will add depth to our men’s team and academically he will help keep our team GPA high. We are excited to have Hogan become a Gov!”

Stoker joins Lachlan Laner of The Woodlands, Texas, and Tom Bolton of Wellington, New Zealand, who have already signed to join Brown and the Governors for the 2021-22 campaign.

In the classroom, Stoker has posted a 4.0 GPA in all four years of high school and is a member of the National Honor Society. At Austin Peay State University, Stoker plans to major in Health and Human Performance with a communication science and disorders concentration, with the goal of one day being an audiologist. Stoker is the son of Mark and Joan Stoker; he also has one sibling, MaryClare.