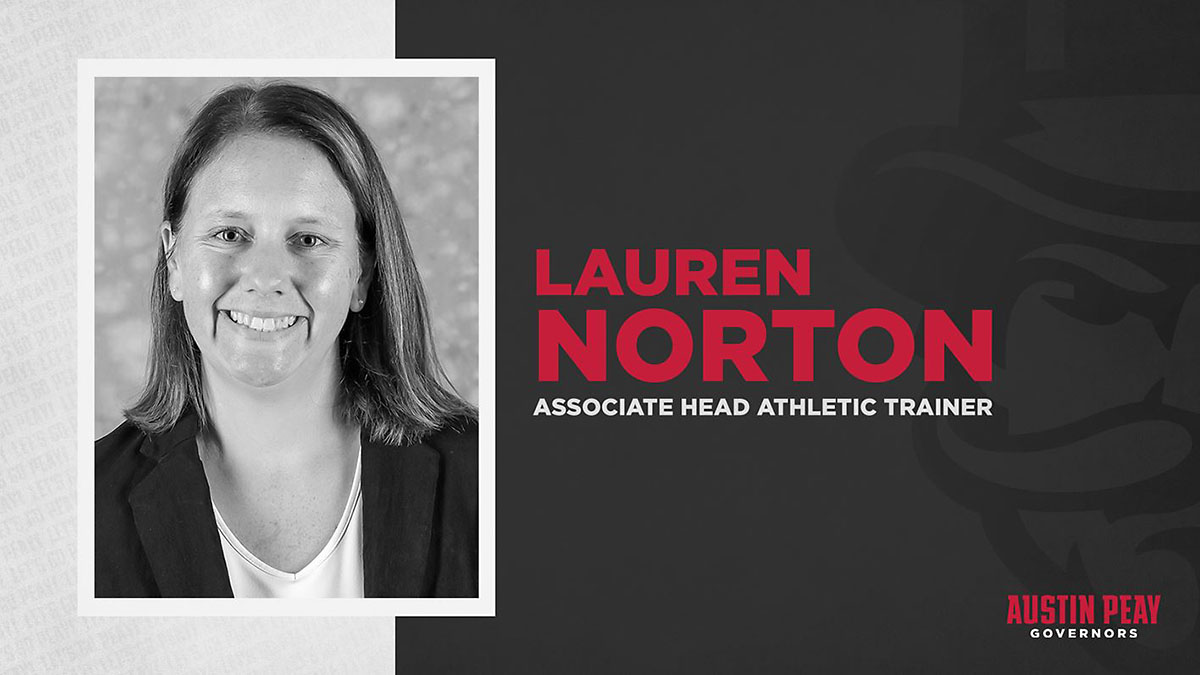 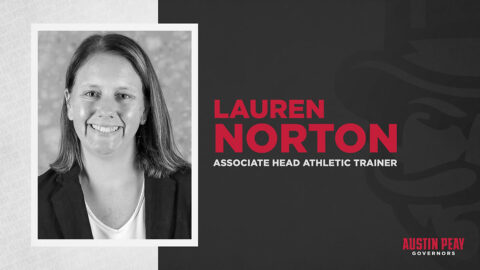 “I’m excited to join the Austin Peay community and thankful for the opportunity,” said Norton. “I’m looking forward to working with Joni Johnson and the athletic training staff as well as coach Scotty Walden and the Govs Football program.”

Norton earned a master’s degree in kinesiology from LSU in 2016 and was a graduate assistant trainer in Baton Rouge for two seasons, working with the Tigers beach volleyball, football and swimming and diving programs. Following her graduation, she spent one season with the Auburn athletics department as an athletic training intern, assisting with the Tigers men’s tennis and cheerleading programs.

A 2013 graduate of East Carolina, Norton completed a double bachelor’s degree in athletic training and school health education. While in Greenville, she also was an athletic training student and assisted with coverage of the Pirates football team in 2011.

Norton is a member of the National Athletic Trainers’ Association. She is certified in CPR/AED by the American Heart Association. Norton also holds certifications in the Graston Technique and personalized blood flow restriction rehabilitation.