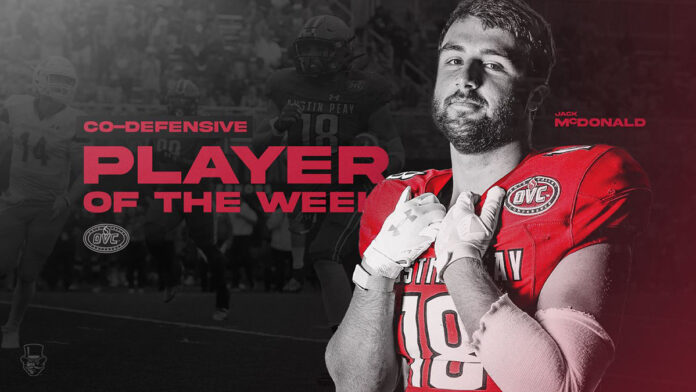 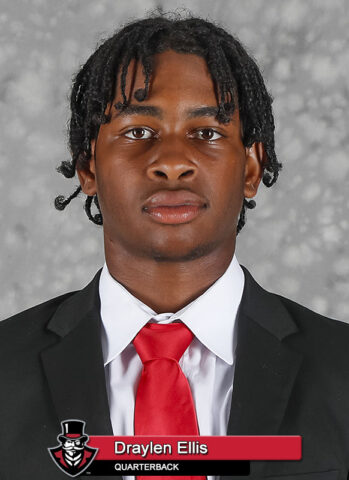 Ellis completed 21-of-36 passes for a career-high 350 yards and three touchdowns as Austin Peay State University topped Morehead State 59-35. He also rushed for 30 yards on seven carries and did not take a sack. Ellis also completed passes to eight different receivers before leaving the game early in the fourth quarter. 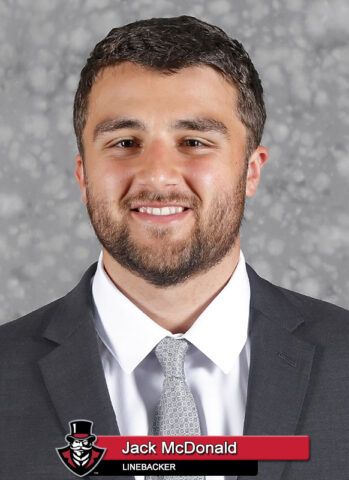 McDonald had three tackles, a quarterback hurry, and returned an interception 32 yards for a touchdown as Austin Peay State University defeated Morehead State 59-35 to improve to 2-1 on the season. The pick-six was part of a 20-point second quarter that saw the team open up a 28-6 halftime advantage.

Tickets for all four remaining home games are available online by visiting LetsGoPeay.com/BuyTickets or by calling the APSU Athletics Ticket Office at 931.221.PEAY (7329).