Clarksville, TN – Trailing by as many as 16, the Austin Peay State University (APSU) men’s basketball team rallied back in the second half and had a chance to tie the game late before falling to Tennessee Tech, 73-69 Saturday afternoon inside the Winfield Dunn Center.

The Govs had three score in double figures against the Golden Eagles, led by redshirt senior Tariq Silver with 15 points. Silver was 4-of-11 from the field, 3-of-9 from long distance, and 4-of-5 from the charity stripe.

It’s the 13th game this season Silver has scored in double figures and the 36th game of his career. Silver notched his first double-digit scoring performance since Feb. 10 against Southeast Missouri.

Behind Silver with 12 points off the bench was redshirt freshman Caleb Stone-Carrawell. Stone-Carrawell shot 4-of-10 from the field to go along with three from long distance. It was Stone-Carrawell’s second straight game in double figures and fourth time in the last seven games.

Rounding out the double-digit scoring for the Govs was junior Cameron Copeland with 10 points on 4-of-8 shooting from the field. Copeland was 2-of-4 from long distance and scored eight of his 10 points in the second half. The junior forward notched his first double-digit scoring performance since February 12th versus Tennessee State. Copeland also led the Govs with seven rebounds, two of which came on the offensive glass.

Playing in his final collegiate home game, junior DJ Peavy scored eight points to go along with one rebound and four assists. Freshman Elijah Hutchins-Everett tallied six points and six rebounds in 22 minutes of action while junior Carlos Paez had six points on 2-of-6 shooting from behind the three-point line.

As a team, the Govs shot 33.3 percent from the field and was 12-of-36 from behind the three-point line. Austin Peay made its mark from the charity stripe, shooting 13-of-15 from the free-throw line. The Govs were outrebounded 39-32 but held an 11-5 advantage on the offensive glass. APSU forced Tennessee Tech to commit 15 turnovers on Saturday, scoring 21 points off of Golden Eagle mistakes.

After Tennessee Tech scored the first basket, Austin Peay State University goes on a 5-0 run to take a 5-2 lead at the 18-minute-mark. 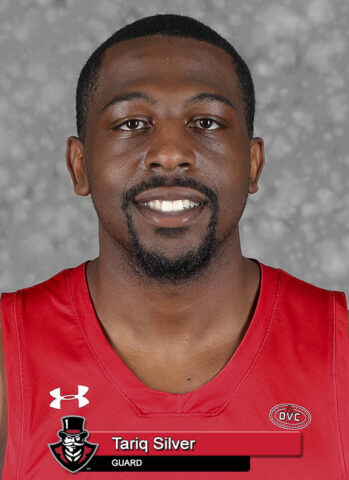 During the 5-0 run, Silver knocked down a three followed by a long jumper from Walker

The Golden Eagles answer with a corner three to tie the game at five with 17 minutes left in the first half.

All three seniors (Walker, Silver, Peavy) earn the first three baskets for the APSU Govs as the game is tied at seven through the first four minutes of play.

Tennessee Tech makes four straight field goals to extend its lead to 14-9 at the 14:50 mark.

APSU with four turnovers in three minutes as TTU holds a 16-11 lead with 12:43 remaining. 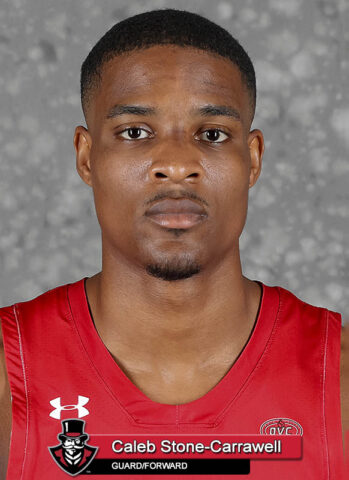 Out of a media timeout, Austin Peay State University scores five straight to trim the Golden Eagles lead down to 23-16 at the halfway point of the first half.

The Govs go on a scoring drought of over three minutes as APSU trails 28-16 with 7:40 remaining.

TTU embarks on a 7-0 run as the Govs miss five straight field goals.

Silver knocks down a three in transition and the Govs trail 35-22 with 4:01 left in the first half.

Stone-Carrawell knocks down his first three of the game as APSU trims the TTU lead down to single digits thanks to an 8-0 run.


Austin Peay State University makes seven of its next eight free throws to trim the Tennessee Tech lead down to 39-31 with one-minute remaining. 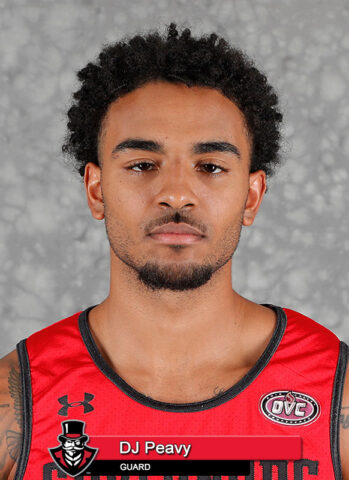 Silver connects on a corner three to trim the Tennessee Tech lead down to two with 17:30 remaining.

Stone-Carrawell scores six straight points to give the Govs a 44-42 lead with 16:50 left.

The Govs first lead since 18:23 of the first half.

Tennessee Tech knocks down two free throws and the game is tied at 44 at the 16:30 mark.

Tennessee Tech rattles off six straight points in a two-minute stretch to gain a 56-50 lead at the halfway point of the second half.

Austin Peay State University is scoreless from the field over three minutes as the Govs miss five straight field goals.

The Golden Eagles embark on a 9-0 run as APSU goes scoreless for over four minutes. 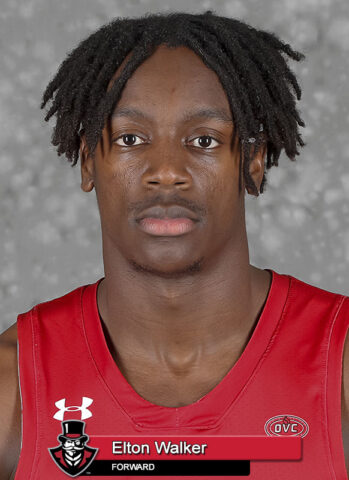 Copeland connects on a transition three-pointer to trim the TTU lead down to 59-55 with 6:42 remaining.

Copeland with back-to-back three’s to trim the Tennessee Tech lead down to 62-59 with 5:21 left.

APSU makes five of its next seven field goals to trim the Golden Eagles lead down to 66-65 with 3:54 remaining.

The Govs force back-to-back offensive fouls as Tennessee Tech holds on to a 66-65 lead with 2:26 remaining. 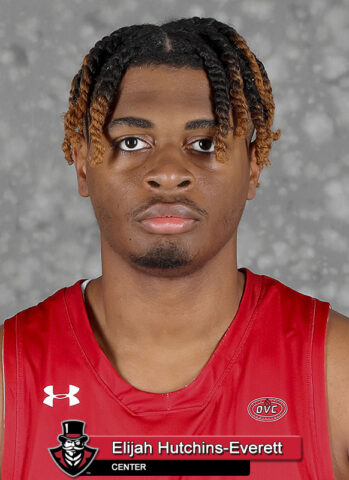 Hutchins-Everett with two clutch free-throws to give the Govs a one-point lead with 2:04 to play.

Tennessee Tech responds and converts an and-one to regain a 69-67 advantage with 1:45 left.

The Golden Eagles convert on its possession with one second left on the shot clock to take a 71-67 lead.

Hutchins-Everett with a quick lay-up and trims the TTU lead down to two with 26.2 remaining.

Tennessee Tech fouled on next possession and makes 1-of-2 free-throws.

Calderon with a three-pointer to tie the game that missed to the left of the rim. 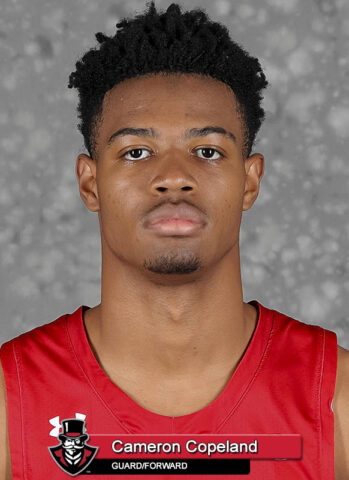 Austin Peay State University played its final game in the Winfield Dunn Center as a member of the Ohio Valley Conference.

APSU is 250-125 all-time against OVC opponents inside The Dunn.

Five of the last six meetings between Austin Peay State University and Tennessee Tech have been decided by single digits.

Silver with 15 points on 4-of-11 shooting from the field with three from deep. Silver’s first double-digit performance since scoring 18 on February 10th against SEMO. It’s the 13th game this season in double figures and the 36th of his career.

Stone-Carrawell with12 points on 4-of-10 shooting from the field with three from long distance. His second straight double-digit scoring performance and fourth in the last seven games

Copeland with 10 points on 4-of-8 shooting from the field. Copeland scored eight of his 10 points in the second half. It’s Copeland first double-digit performance since February 12th vs. Tennessee State. 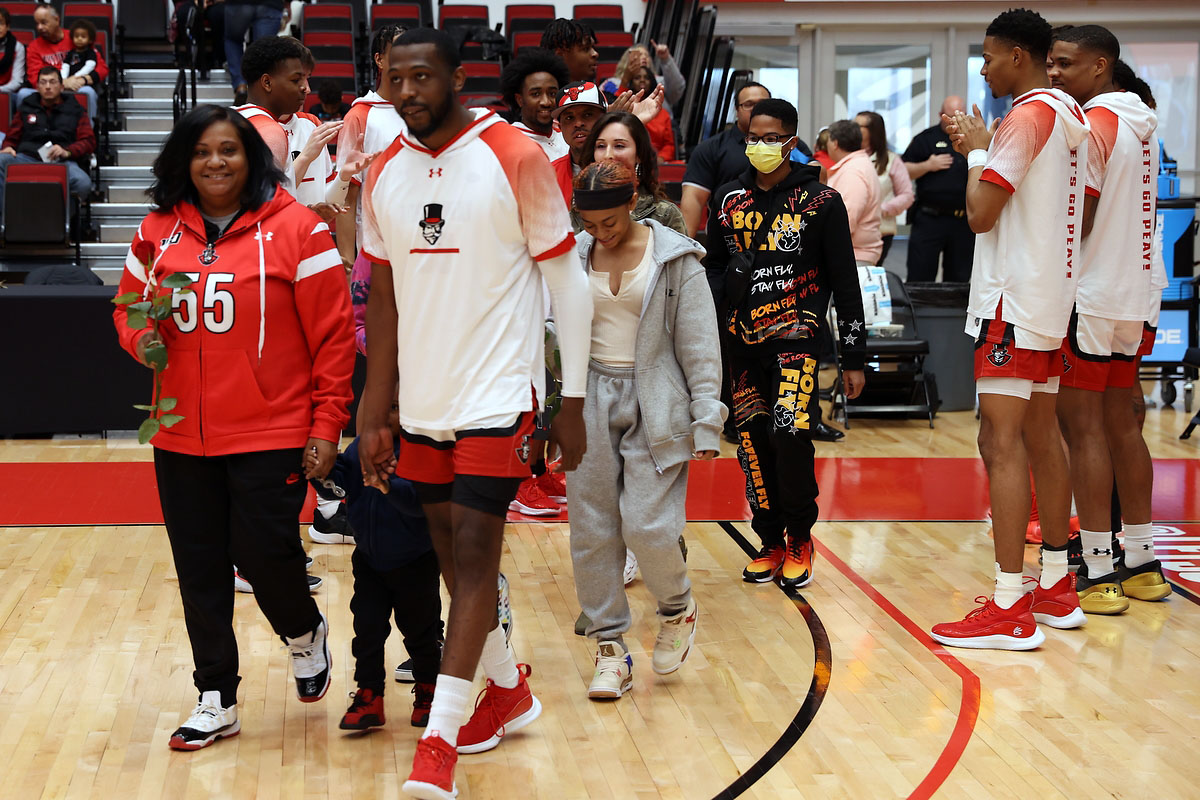 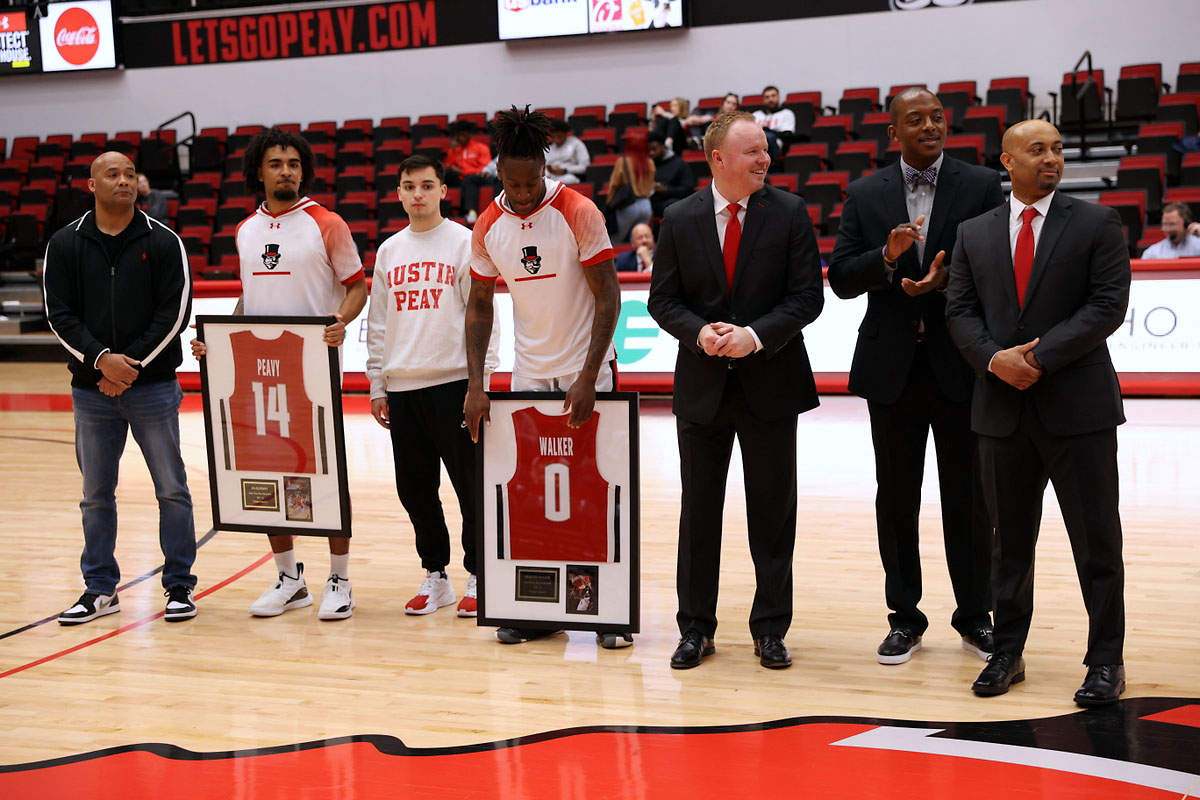 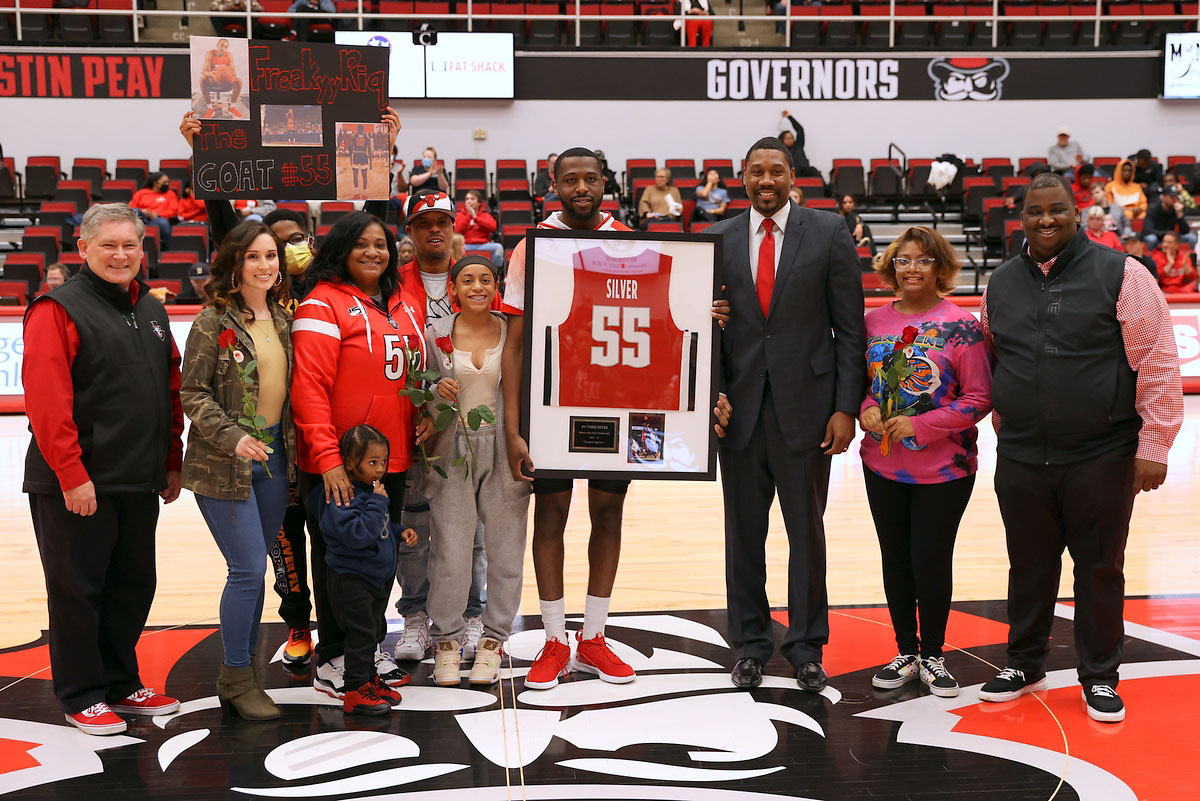 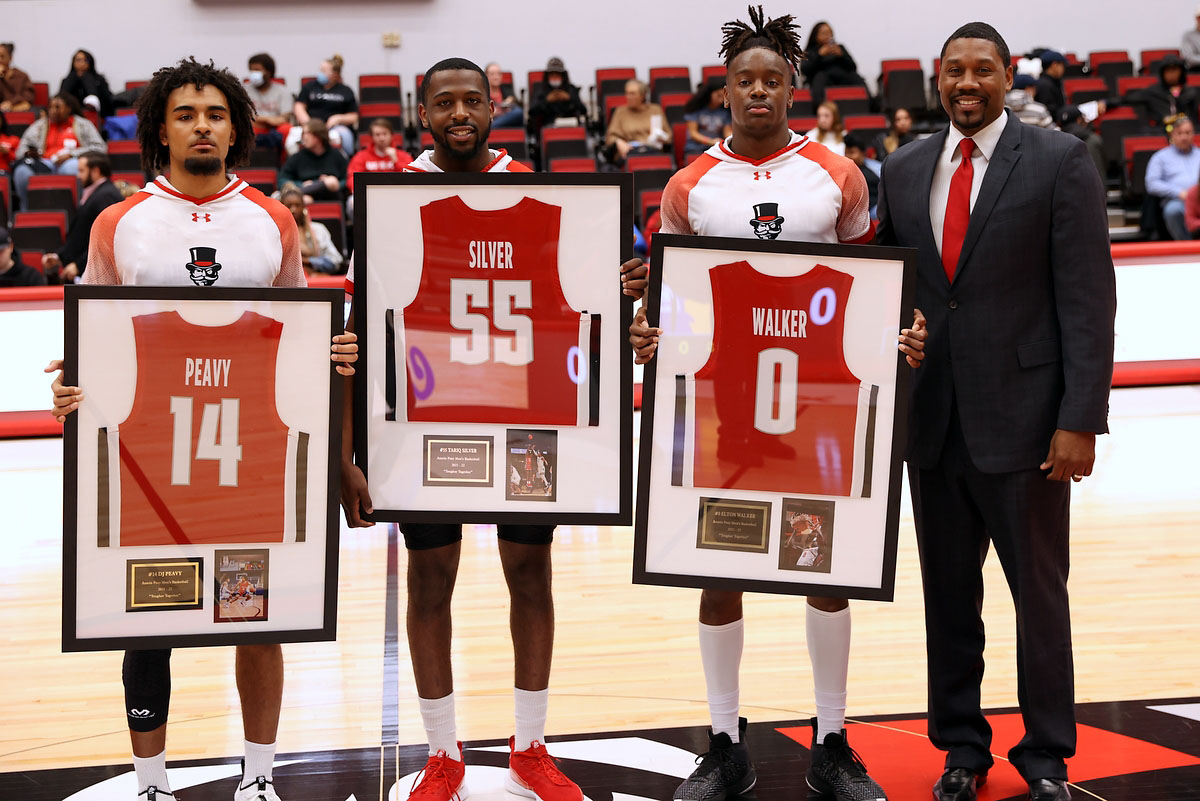 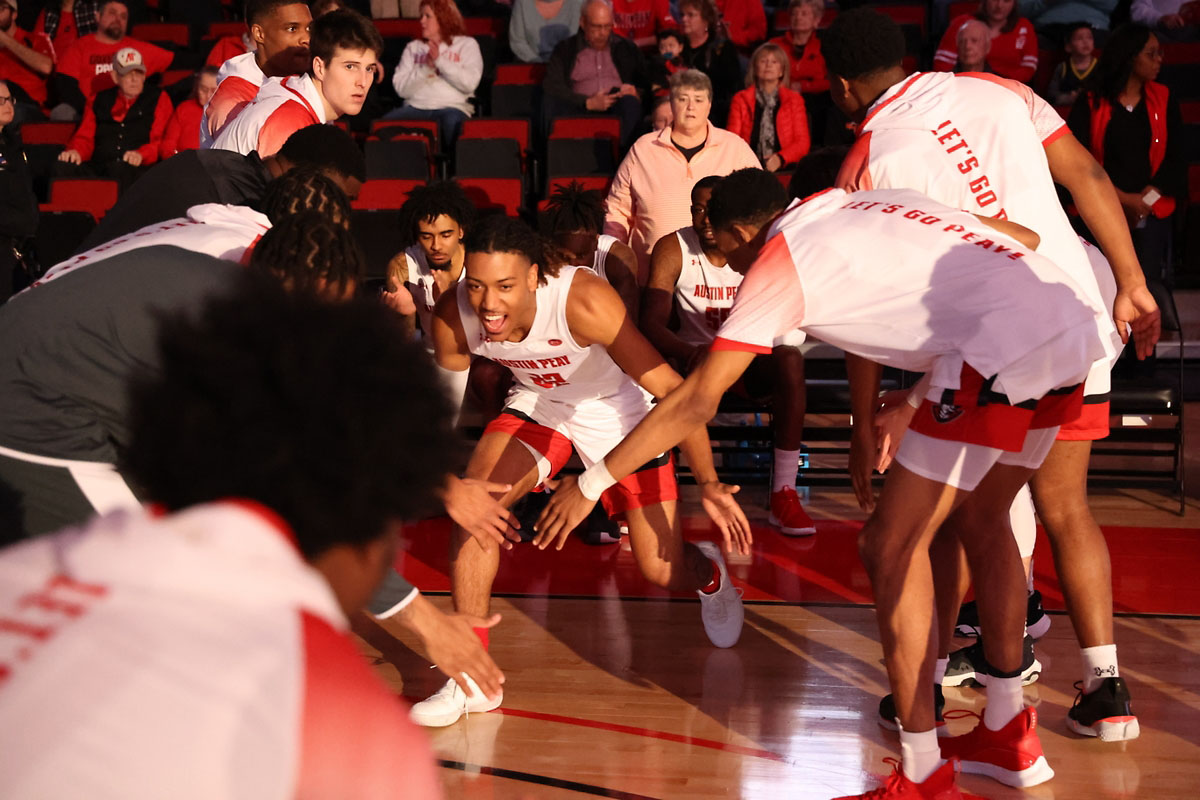 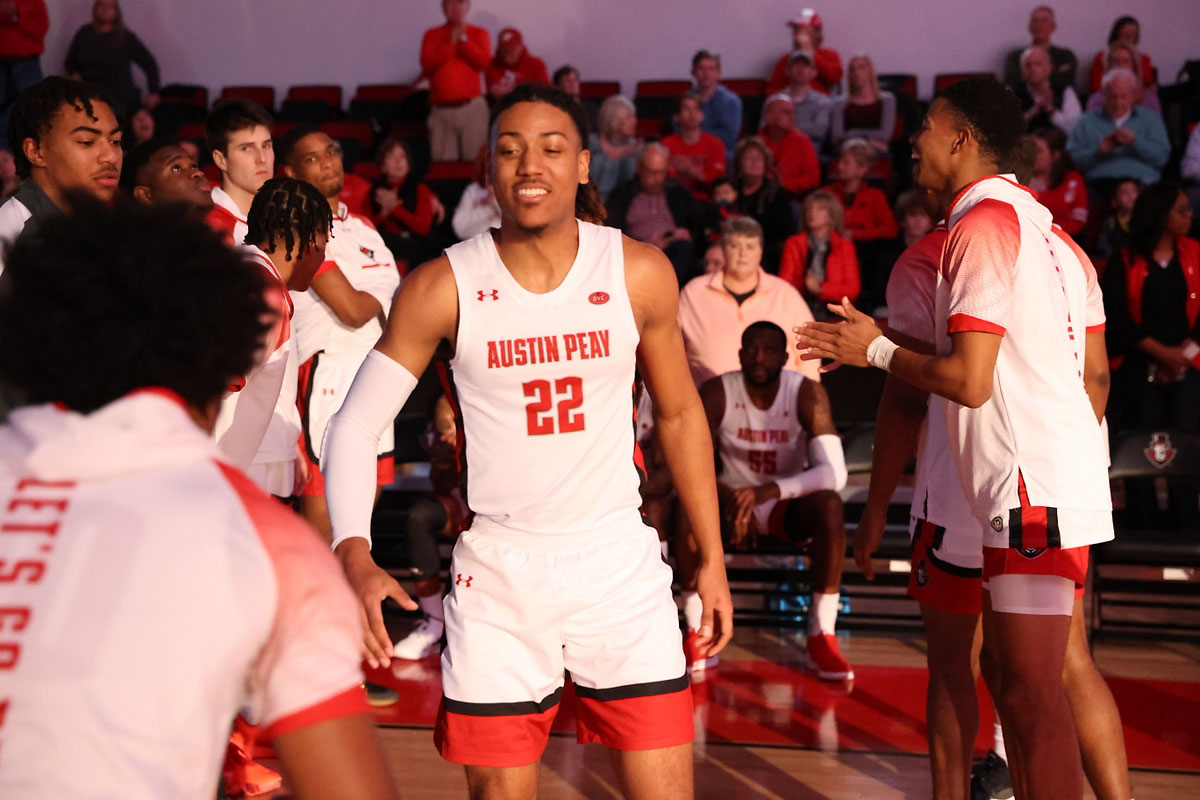 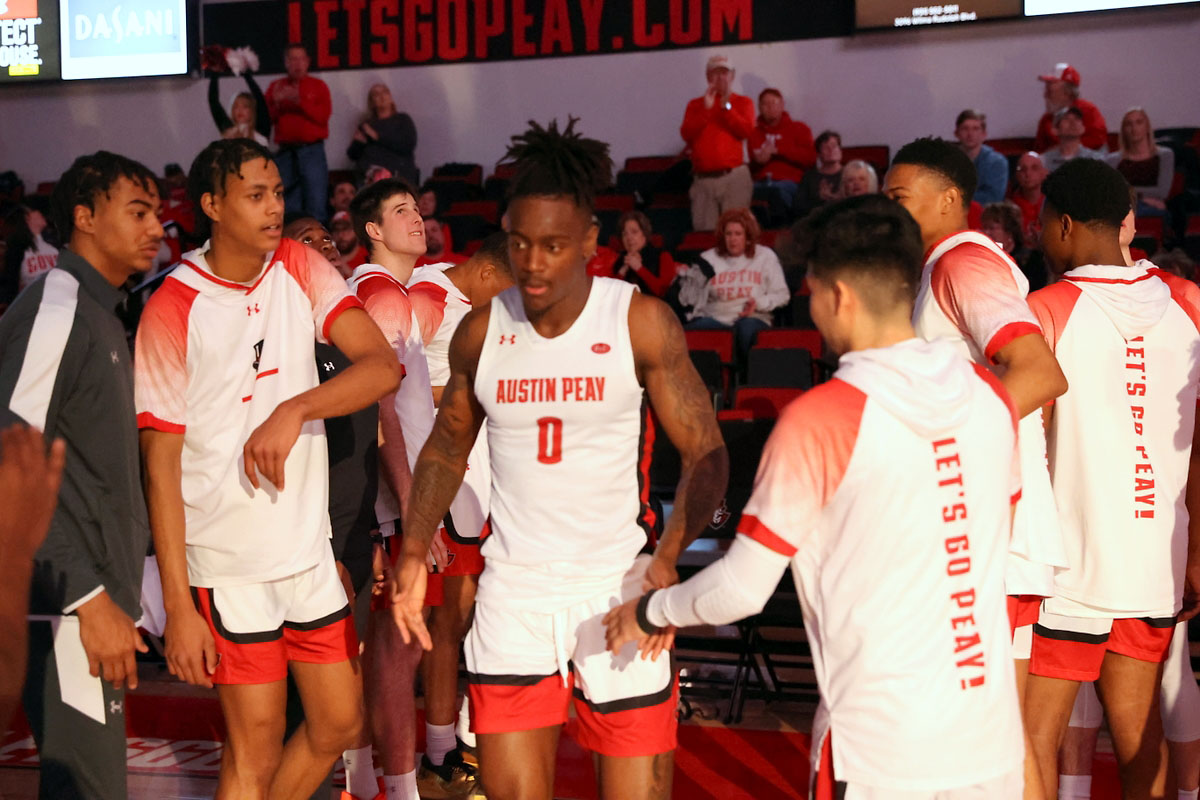 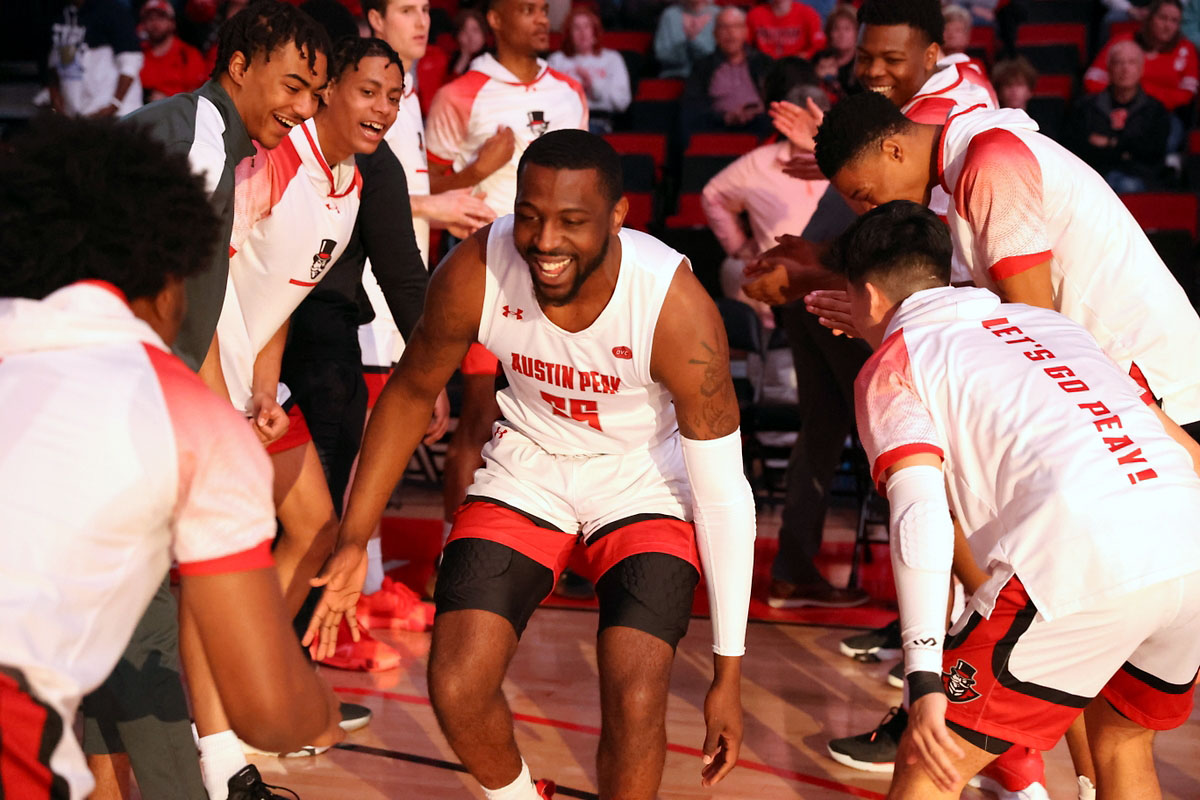 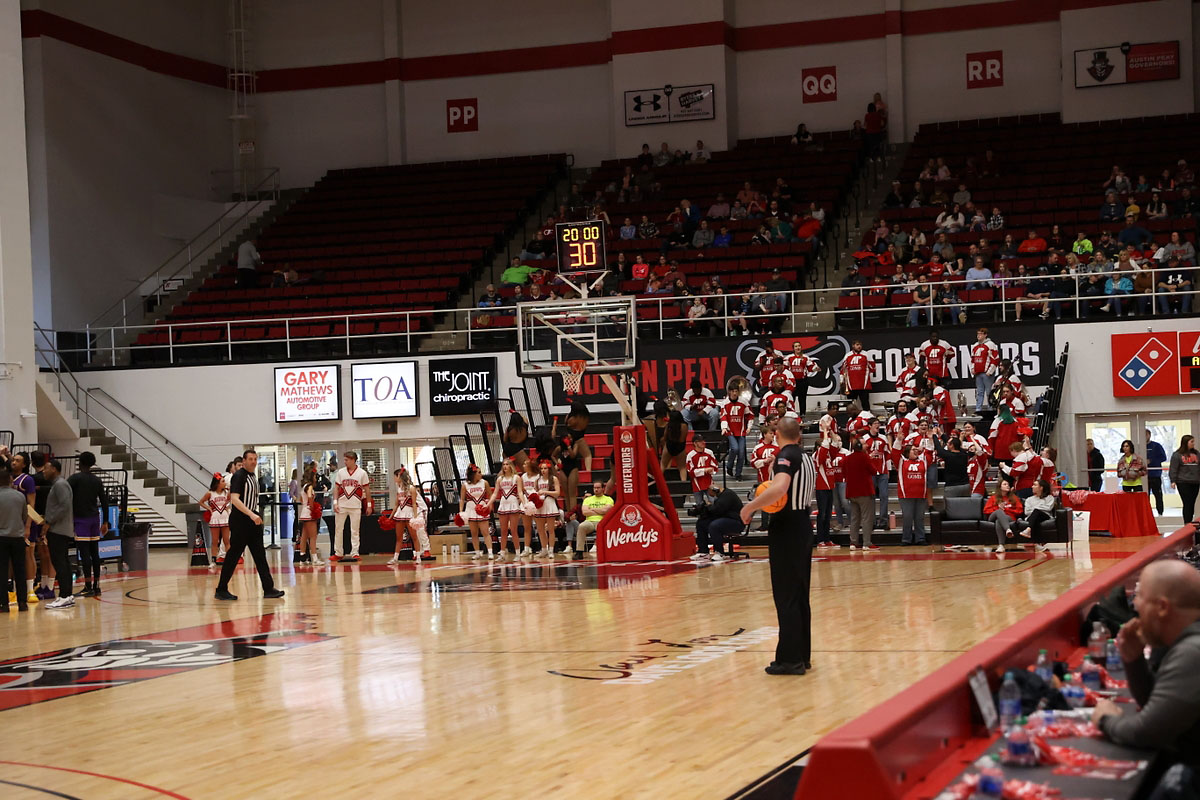 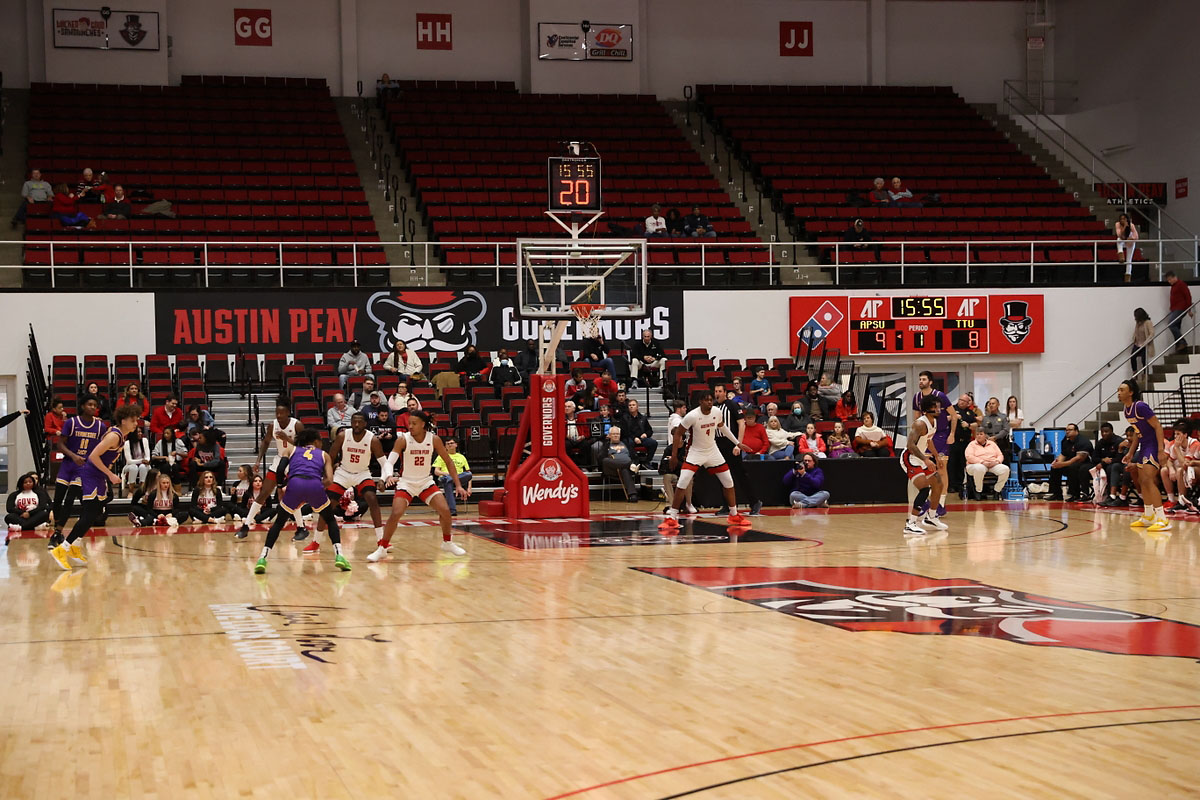 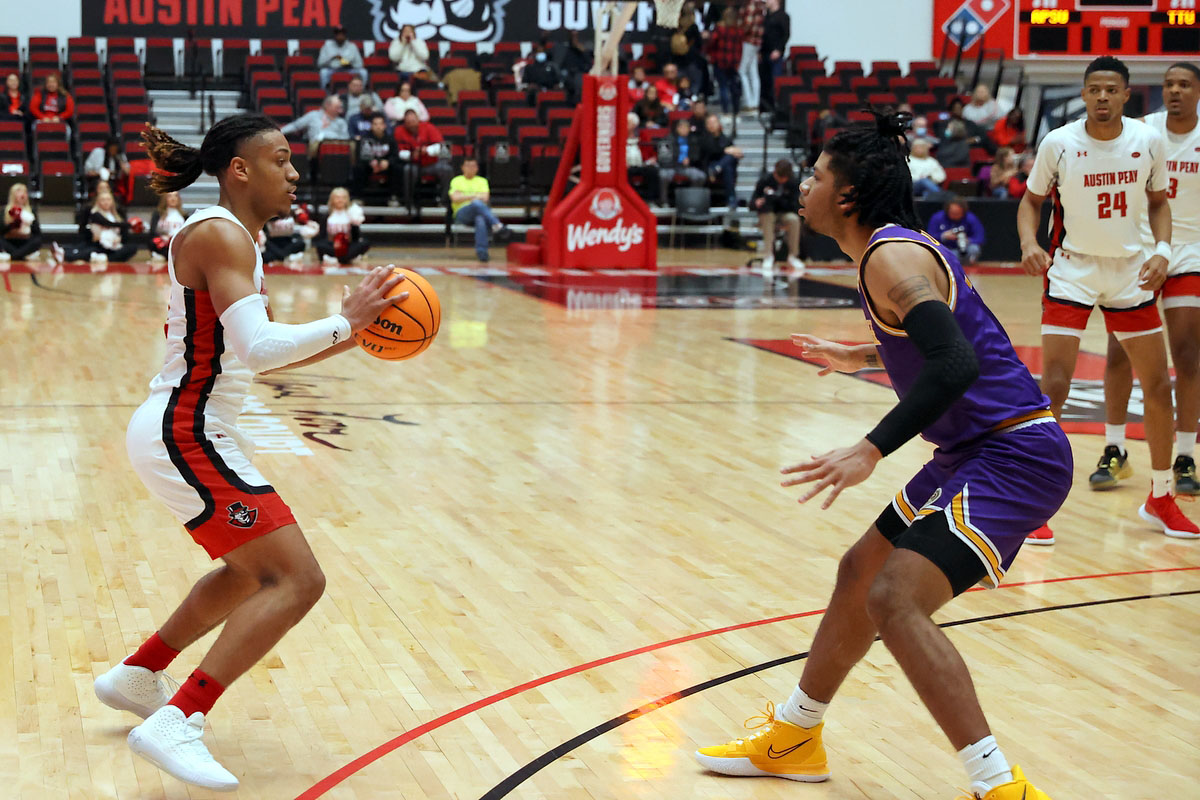 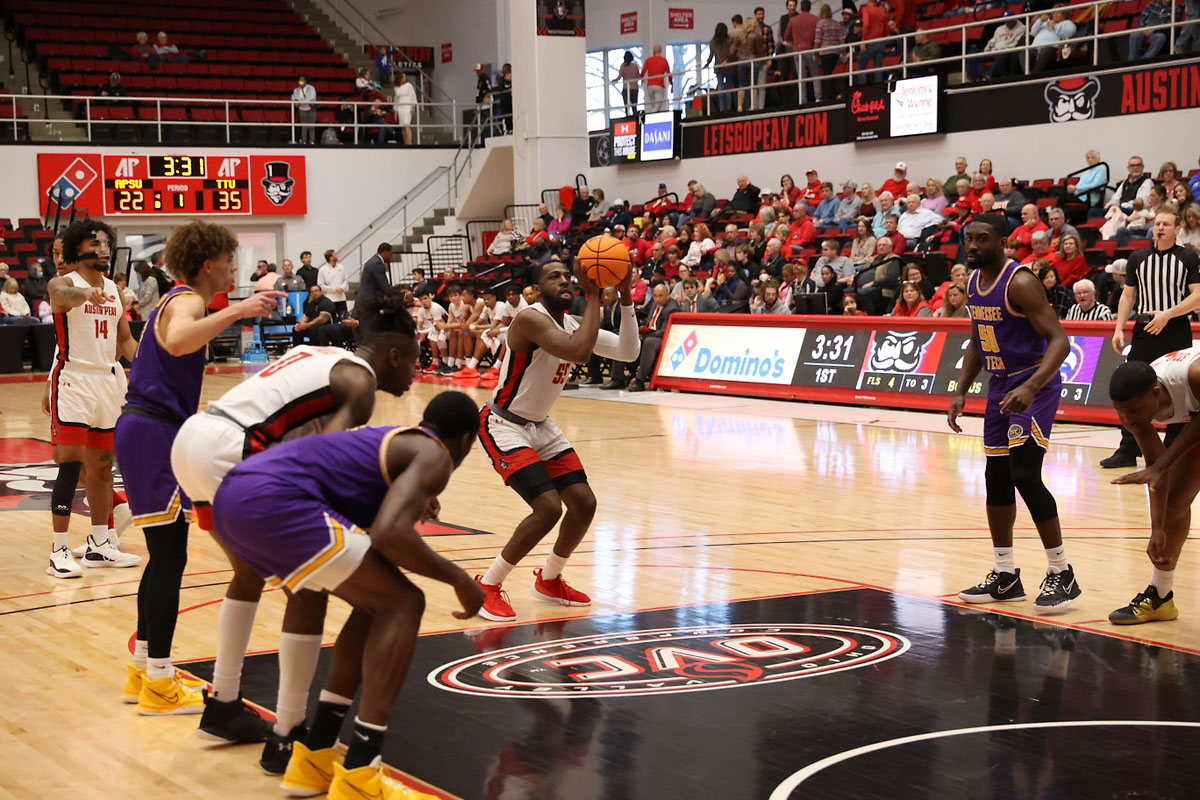