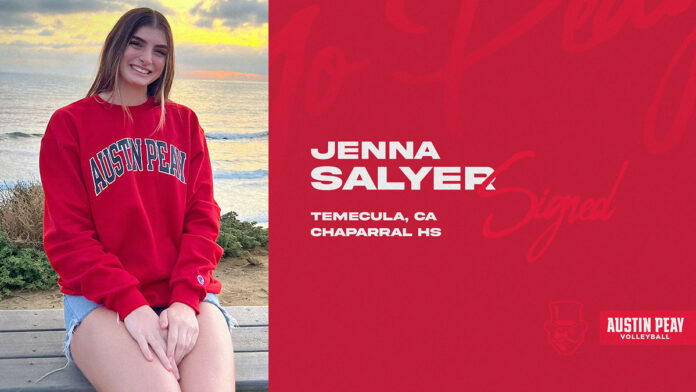 A Temecula, California native, Salyer was a four-year varsity letter winner at Chaparral High School. Salyer also spent the last three years of her prep career as the team captain for the Chaparral volleyball team.

“Jenna is a dynamic middle, she can hit a wide variety of sets and puts up a good block,” said Mott. “She is a fierce competitor and her passion for the game is apparent when she is playing. We are excited to have her in our program.”

A 6-0 middle blocker, Salyer was a Second Team All-Southwestern League selection during her senior season. Salyer was also named to the All-Tournament Team at the 2021 Citrus Valley Tournament after helping the Lady Pumas win their second-straight title at the event.

Salyer played in the 2021 Riverside County All-Star volleyball match during her senior season and was named MVP of the game after helping the South East Team pick up a victory. Salyer also played for the Forza1 Volleyball Club.