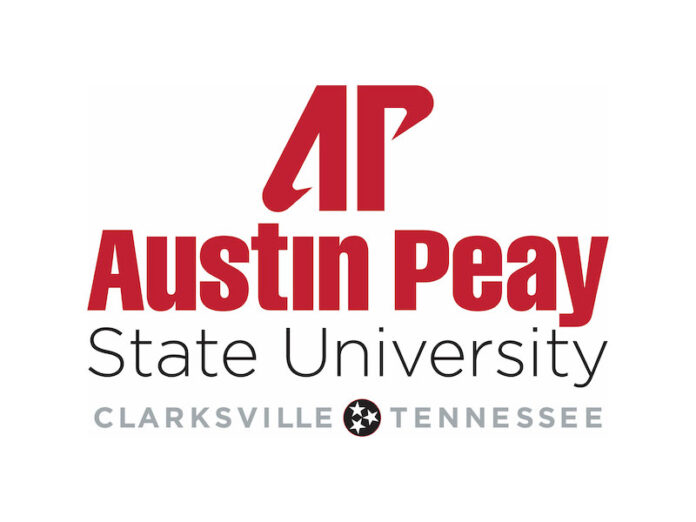 Clarksville, TN – Earlier this year, graphic designers in the Austin Peay State University (APSU) Office of Public Relations and Marketing were handed a secret project – it was time to modernize the University’s iconic logo.

APSU President Mike Licari – who’d recently tasked the campus with developing new mission, vision and value statements, along with a new five-year strategic plan – wanted a visual representation of how the University was changing while also maintaining the traditions so many students and alumni love.

“Some people think APSU is the same as it was 30 years ago,” Licari said. “With this new logo, we want to elevate perceptions about the University and let them know this is one of the premier schools in Tennessee.”

He specifically wanted the new mark to acknowledge the campus’ physical location in Tennessee. Over the years, potential students and athletic recruits unfamiliar with Clarksville have sometimes wondered if Austin Peay was in Texas.

This summer, the University officially unveiled a new logo that will carry Austin Peay into its centennial in 2027. The iconic “AP,” developed more than 40 years ago, remains, but fonts have been updated and the words “Clarksville, Tennessee” now accompany the University’s visual identity.

The designers also added the tri-star from the Tennessee state flag, which has become a unifying symbol for the state. The tri-star also has been adopted by the Nashville Predators and the Tennessee Titans.

“Adding more words to a primary wordmark while maintaining the integrity of the basic elements is a tough design challenge,” said Bill Persinger, executive director for public relations and marketing. “However, with a graphic design staff who have more than 100 years combined experience, I knew I had the best team to find a solution — and they knocked it out of the park.”