Clarksville, TN – The second episode of the Experience Austin Peay podcast is now available, continuing season one’s exploration of “Forgotten Tennessee” with a conversation about German POWs living and working across the state during World War II.

The Austin Peay State University (APSU) Office of Public Relations and Marketing launched the new podcast last month to highlight what the University is doing to become the region’s university of choice by APSU’s centennial in 2027.

In episode two, “The War at Home: German POWs in Tennessee,” Dr. Antonio Thompson, Austin Peay State University professor of history, discusses the research that led to his two upcoming books about POWs in Tennessee and Kentucky.

“So, what we ended up doing at Camp Campbell was we said, it’s essentially a Nazi camp,” Thompson says in the podcast. “The first compound is for Nazis. The other two compounds are for anti-Nazis. We tried our best to keep that a secret. The reason for that is, we had previous anti-Nazi camps and the Nazi POWs tended to infiltrate those.” 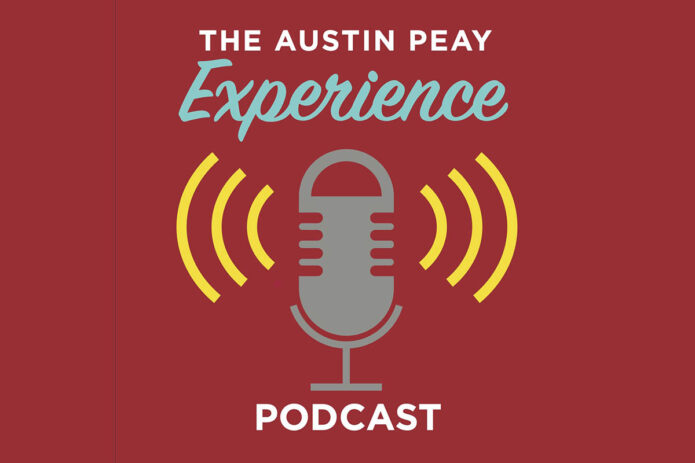 What happened when a Nazi POW found himself in an anti-Nazi POW camp?

“They get paper, and they write down everybody’s name and say ‘I’m going to report you. I’m going to send a letter home to Germany,’” Thompson said.

Thompson is a leading expert on Axis prisoners – German, Italian and Japanese soldiers – being housed in the U.S. He is a recipient of The American Foreign Policy Center Fellowship at Louisiana Tech, the Prisoner of War Research Grant from the National Park Service at Andersonville, Georgia, and he was a West Point Summer Seminar Fellow.


His next book, “Axis Prisoners of War in Tennessee: Coerced Labor and the Captive Enemy on the Home Front, 1941-1946,” will be published in January by McFarland Press. And next spring, his book focusing on prisoners of war in Kentucky will be published by the same press.